Lake Monsters: Where Are The Bodies?

Just the other night, while I was promoting my new Monster Files book, the host of the relevant radio show asked me why, if lake monsters are real, don't we ever find hard and undeniable evidence of their existence? He was, of course, talking about a living specimen or a corpse. Okay, it's a fair question, and many might take the view that the lack of a creature - alive or dead - is suggestive of the whole thing being nothing more than folklore, mythology, legend, hoaxing and misidentification. Right? Wrong.

There are many reasons why, even in lakes close to highly populated areas, we might never find hard evidence of the existence of such creatures. Let us focus primarily on the world's most famous lake monsters of all, the Nessies of Scotland's Loch Ness.

Of course, if flesh and blood animals of unknown origin - or known ones that have survived extinction from an age long gone - do inhabit the dark waters of Loch Ness, why is that we don't have a body, even just one? After all, with so many tourists running around the shores of the loch like headless chickens, shouldn't we surely have something physical in our hands by now? Nope, not necessarily. 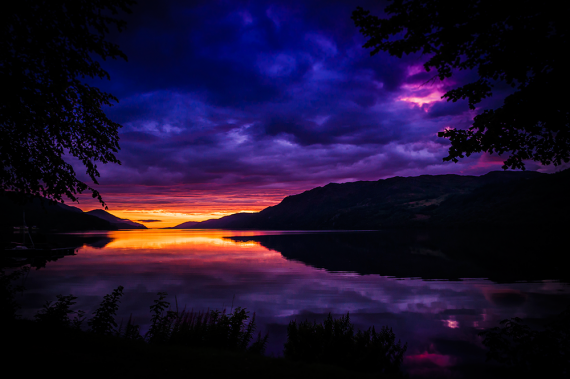 Yes, Loch Ness is an absolute magnet for tourists. Tens of thousands of people flock to the loch each and every year, all in the hope of seeing a long neck and a hump surface from the shadowy depths. Yet, the number of sightings of the Nessies per year is incredibly small.

If the animals were mammals, like us, then quite clearly they would have to surface fairly frequently to breathe. And with those tens of thousands of people all focusing their eyes, camera-lenses and binoculars on the loch, the fact is that we should have far more than just a handful of yearly reports. Arguably we should have hundreds or even more. But, here's the thing: we don't.

This suggests that the Nessies don't have to surface at all. Rather, they may derive their oxygen intake from the water. In other words, they might well represent some form of large, unidentified kind of fish. Thus, their surfacing might just be out of curiosity, rather than being born out of necessity. 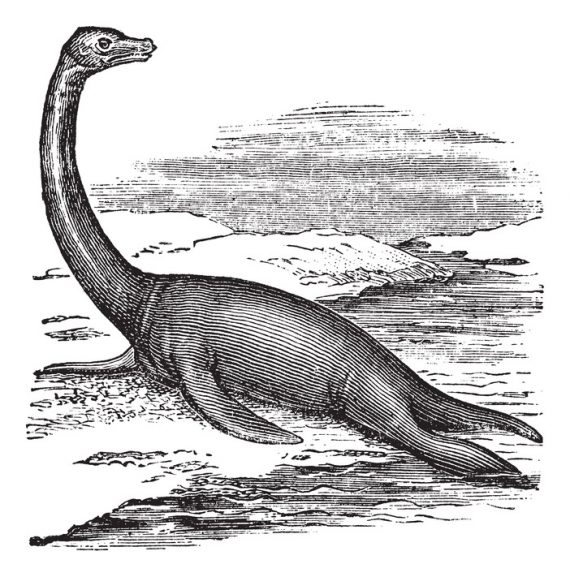 So, if they are fish, then as well as living in the loch, the good chances are that they will die in the loch. And, let's not omit the fact that they would sink to the bottom of what is a 755-foot-deep loch. Yes, I know that there have been a few land-based encounters, but some fish can leave the water for extended periods. Check out the mudskipper as a perfect example. So, a fish is still a viable possibility. 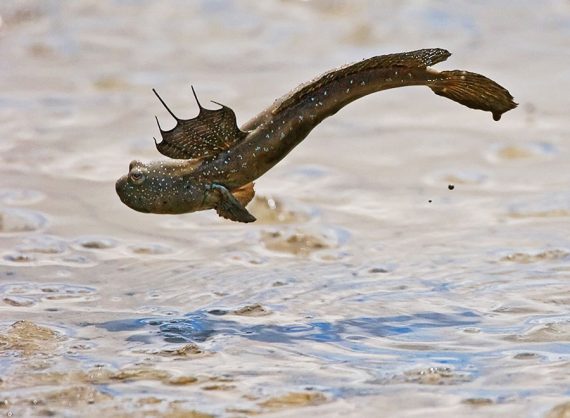 Now, let's say that the Nessies are indeed fish which are born in Loch Ness, live in Loch Ness, and die in Loch Ness. When death claims them and they sink to the bottom of the loch, the native and known fish of Loch Ness - including pike, salmon, trout, and many more - would likely make a fast and tasty meal of them. That's how nature works.

And, of course, the bodies would be sinking to a depth of more than 700 feet. Many skeptics forget that the average monster-hunter has neither the money nor the technology to take a mini-sub to the base of Loch Ness for a few months at a time in search of a corpse or several!

So, keeping all the above in mind - namely the depth of the loch, the probability that the Nessies are not mammals, and that we have no real, feasible way to search for and haul to the surface the bodies before they get eaten by other, smaller fish - is it hardly any wonder we're lacking in a body?

Very much the same can be said of Ogopogo of British Columbia's Okanagan Lake or Champ of Lake Champlain. If mammals, then we should be seeing them far more frequently than we do. And there's the not insignificant fact that Okanagan Lake is 84 miles in length and 250 feet deep. As for Lake Champlain, it is a whopping 125 miles long. 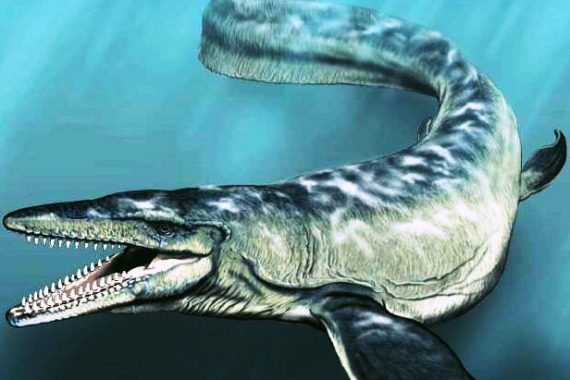 As with Loch Ness, Scotland, this is plenty of space for animals to die in both Okanagan Lake or Lake Champlain, and quickly get devoured before they are ever discovered. And also as with Loch Ness, not everyone (in fact, not even most!) can race around the lowest depths of the lakes all day long, looking for newly-dead bodies, in a high-priced sub!

Richard Freeman, the zoological director of the Center for Fortean Zoology, has come up with another intriguing theory that helps to explain the lack of a corpse. Rather than being entire schools of such giant fish, Richard has pondered on the possibility that there may actually only be a very few of them at any given time, but which live to extraordinary ages. He thinks they may be giant eels.

Says Richard: "Eels normally live for up to ten years before swimming to the Sargasso Sea off the coast of Florida to spawn and die. But there is a known condition which affects the species called Eunuch Eels which makes them infertile. Because they cannot reproduce they do not swim to the Atlantic to spawn - so they don't die. They can keep living and can grow to incredibly large sizes - like the ones in Loch Ness." 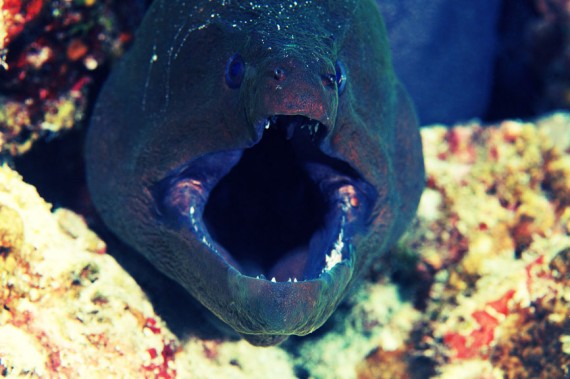 We assume that if unknown animals live in Loch Ness, and that they are seen for decade upon decade, there must be dozens of them, to allow for mating, reproduction, and the continuation of the species. If, as Richard's theory suggests, the numbers of very large eels in the loch may actually be no more than several at any given time, this, too, makes finding a body even more difficult. If, from time to time, there is just one massive eel in the loch, that makes matters beyond difficult to resolve.

A colony would be easier to find. A very occasional giant-sized mutation, but one which lives deep in the waters for decades, would pose major problems in terms of finding a corpse. Maybe the same can be said about Okanagan Lake and Lake Champlain. There's an assumption that there has to be a viable, fairly large breeding population. But, again, what if there's just an occasional (or even solitary, until the next one comes along), freakish, giant mutation and nothing more? Good luck trying to find the body of one large mutation in a 125-mile-long lake.

And, finally, for those, like me, who often ponder on the idea that the Nessies may be far more paranormal than physical, there's the story of one of the world's leading investigators of conspiracy theories, best-selling author, Jim Marrs. While digging into the world of U.S. Government research into remote-viewing and psychic-spying, Marrs learned that elements of the official world had attempted to focus their skill upon solving the riddle of what it is that lurks within Loch Ness, Scotland.

It was no easy task, however, as Marrs noted. Several remote-viewing sessions that targeted the creatures, said Marrs, actually revealed physical traces of the beasts – such as wakes in the water, or the distinct movement of large bodies beneath the surface of the loch. Significantly, those involved in the remote-viewing of Loch Ness even made drawings of long-necked, humped animals that eerily resembled the presumed extinct plesiosaurs of times past. 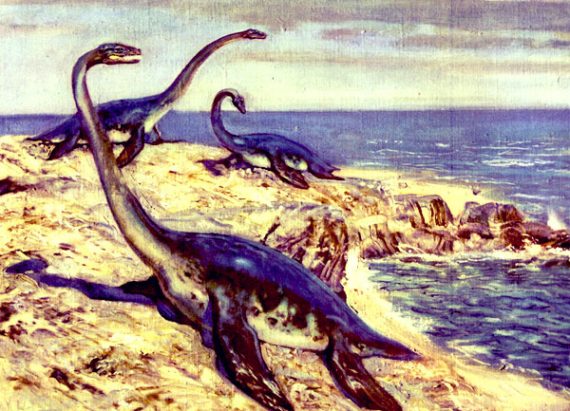 As Marrs noted, however, when the government’s remote-viewers attempted to dig further into the puzzle, they hit upon a startling discovery: the creatures – if that is what they really were – seemed to have the strange ability to appear and vanish into thin-air, just like classic, chain-rattling spirits, one might very well suggest.

Marrs, in his book, Psi-Spies, commented thus on this curious development in the affair of Nessie: “Considering that reports of human ghosts date back throughout man’s history, the Psi Spies seriously considered the possibility that the Loch Ness Monster is nothing less than a dinosaur’s ghost."

Whatever your views on lake monsters - whether colonies of unknown animals, occasional freakish eels of massive size, or something less than physical - it all amounts to one thing: there are viable reasons why we have never yet found a body of a lake monster. And they may always remain viable reasons, too.