Originally published a quarter of a century ago, Monstrum! A Wizard's Tale is a book that, if you didn't read it first time around, you most definitely should now. Why? We'll, here's why: the good folk at CFZ Press (Jon & Corinna Downes and Co.) have made available a 21st century edition of this mighty, monster-driven classic.

Penned by the legendary Tony "Doc" Shiels - truly a phenomenon as much as a man - it's one of those books that should not just be carefully devoured by cryptozoologists everywhere, but also by ufologists, ghost-hunters, and just about anyone and everyone with more than a passing interest in what has come to be known as Forteana. 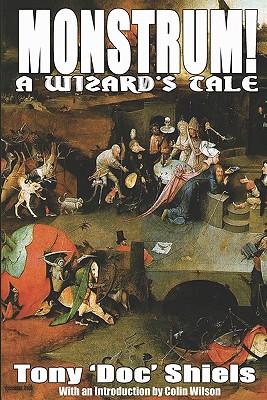 I read the original edition of the book around 1992, re-read it a few years later, and still continue to do so now and again. It has to be said from the outset that Monstrum! is the type of book that will most certainly polarize its readers into two camps:

(A) those who (like me) believe that Shiels has perhaps come closer than most to truly understanding the real nature(s) of the many and varied anomalies of our world, and particularly so that curious band of enigmatic critters that includes the Loch Ness Monster, Owlman, Sea-Serpents, and Mothman;

(B) those souls who outright reject the words of its author, largely because they don't understand (or fail to fully comprehend the significance of) Shiels' character, his outer-edge talents, and precisely what it is that he is telling them, revealing to them, and even inviting them to partake in - if they dare, that is.

That Shiels is part-"Wizard of the Western World," part-Trickster, part-stage magician, a conjurer of "things," and someone whose approach to monster-hunting hardly endears him to regular cryptozoology ("regular cryptozoology," of course, perhaps being the ultimate oxymoron!), has led more than a few observers to view Shiels' words, findings, conclusions and photographs (of Nessie, no less) to be less than sound. Too bad for them.

Those who hold such views have utterly failed to understand and appreciate what it means to be Doc Shiels. His is a world filled with a deep understanding of the real nature of magic (chaos and ritualistic), the secrets of invocation and manifestation, of the game of the name, of strange realms just beyond - and that occasionally interact with - our own, and that aforementioned Trickster-like phenomenon.

Doc's is also a domain where, when we dare to imagine the fantastic, when we decide to seek it out, and when we finally accept its reality (but not forgetting that it can be as manipulative and malignant as it can be illuminating and playful), we perhaps provide it with some form of quasi-existence.

If you're someone for whom the Nessies just have to be plesiosaurs, the Bigfoot are giant, presently-unclassified apes, and sea-serpents are simply hangers-on from an era long gone, and who stubbornly refuse to go the way of the Dodo, then take careful heed: for you, I can say with absolute certainty, the journey is most definitely going to be a distinctly bumpy one. 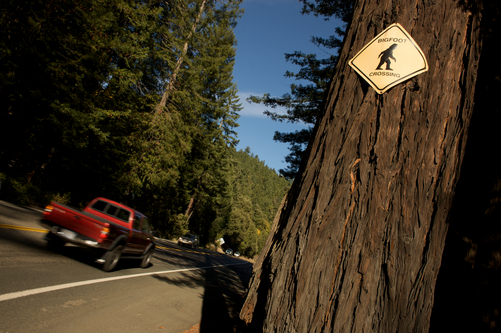 If, however, you recognize there are deep - very deep - problems borne out of the fact that the Bigfoot never get hit by cars, and they never finish up shot dead in the forests. Or that lake-monsters are often seen poking their long-necks and multi-humped-backs out of ridiculously small bodies of water that just could not adequately sustain them. And that a literal, giant bird-man simply cannot be lurking in the darkened woods of Cornwall, England - even though you're fully aware that people have clearly seen the nightmarish entity on many occasions - then the winding, rollercoaster trip will be as welcome as it will be informative and enlightening.

That Doc Shiels is a skilled, excellent and atmospheric story-weaver is a major-plus, too, when it comes to digesting and comprehending the message that Monstrum! projects. He carefully captures our attention from Page 1, takes us back to an era-long gone - the mid-to-late 1970s, when strange, dark and disturbing things were afoot in ancient Cornwall, England. Shiels also sets the scene for what sounds like a sadly-never-made 1960s Hammer horror-film, starring such stalwarts of the scene as Peter Cushing, Christopher Lee, Barbara Shelley, and Michael Ripper.

The main-act takes us into the hidden realms of the wee-folk of centuries-past, of occult high-jinks, of witches and ritual, of the raising of monsters, of dark goings-on in ancient woodland (often, appropriately, at the witching-hour), and of torturous and terrible things - some called upon, others manifested, and some, perhaps, resurrected in new guises to suit the mindset of the latter part of the 20th Century. 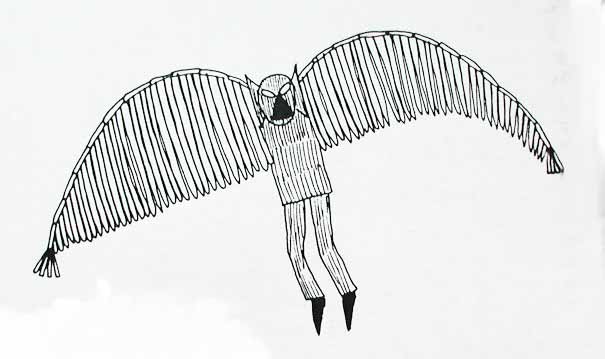 And out of all this intriguing high-strangeness, spill forth the undeniable stars of the saga: the Owlman, Morgawr, and the creatures of Loch Ness. And not forgetting the Shiels clan itself, in all its surreal (in the truest sense of the word) glory. When most of the action took place, I was barely 10 or 11 years old.

But, I still have vivid memories of that blisteringly-hot summer of 1976 when the British Isles were hit, blighted, blessed (take your pick) by a wealth of definitive monstrous madness and a pummeling sun. And Shiels was deep in the heart of it. Hell, an extremely convincing argument can be made that had Shiels not been on the scene, there would not even have been a scene - at all.

It's important to note this is not a veiled allusion on my part to Shiels-inspired hoaxing or fakery. Rather, it's a reference to the (in my humble opinion) undeniable fact that the monsters of our world need us just about as much as we need them.

And when mood, mindset, and setting are at their most harmonious, then reality, fiction, all things surreal, fantasy, hoaxing, magic, and trickery blend in ways that many dismiss, that others ignore, but that some - hopefully you! - come to appreciate as the means by which, in simple terms, weird stuff really does happen, and the creatures of the deep, of the shadowy woods, and of monolithic, snow-capped peaks, come calling.

The worst thing you can do is to ignore Monstrum! Carefully reading it, and understanding it, may be one of the defining moments of your life.

Ghostwatch, War of the Worlds and Unreality Broadcasting