The late 1970s through to the end of the 1980s was a remarkable time to be a sci-fi/horror fan. Not only was it the golden age of the slasher film with Freddy, Jason and Michael Myers ruling the box office, but the world of practical special effects was taken to new (and frequently disgusting) heights by the likes of 'Gremlins', 'The Thing' and 'ReAnimator'. Anthology horror saw a resurgence with the success of 'Creepshow' and later the 'Tales From The Crypt' TV series, and Stephen King became a legitimate household name thanks to the memorable and classic adaptations of 'Salem's Lot', 'Carrie', and 'The Shining' to name but a few.

With such a vast array of creative talents and genre-defining films all vying for the attention of horror fans, it's inevitable that some franchises never quite attained the status they deserve. In my opinion 'Phantasm' is one such series - a thoroughly enjoyable and surprisingly consistent run of 4 movies (to date) spanning from 1979 to 1998.

If you have read my Slender Man article or are familiar with his mythos, you'll notice many similarities between Slender and the antagonist of the 'Phantasm' series, an otherworldly undertaker simply known as 'The Tall Man' and menacingly portrayed throughout the series by Angus Scrimm. A small town is in a state of panic over a spate of mysterious deaths. A young teenager, Mike (played in 3 of the 4 movies by A. Michael Baldwin) sees the Tall Man single handedly lifting a coffin in to the back of a hearse following a funeral. Mike believes that the Tall Man is behind the killings, and attempts to convince his brother Jody (Bill Thornbury) and older friend Reggie (Reggie Bannister), all the while being pursued by the Tall Man's minions - dwarf-like creatures made from the bodies of the dead. Fans of Wes Craven may want to pay special attention to 'Phantasm''s closing shot - surely an influence on the fate of Nancy's mother at the end of the first 'Elm Street' film, made two years later. 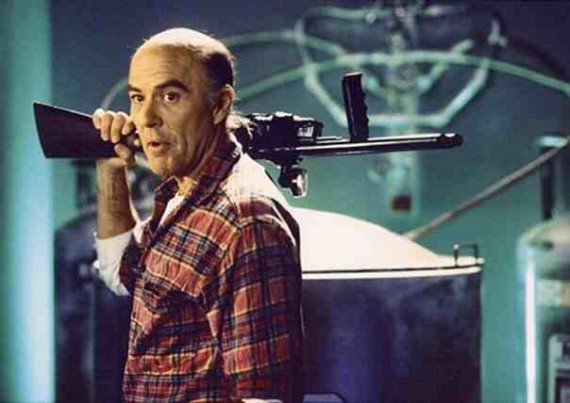 Perhaps due to A. Michael Baldwin's absence from 'Phantasm II', or simply because of Bannister's movie-stealing performance as a good natured, frustrated but well-meaning slacker, it is Reggie who ultimately becomes the star of the series as he battles the Tall Man's dark forces to protect an often incapacitated Mike. Like many horror films of that era, the series certainly has its share of comedic moments particularly in the fan-dividing third installment, 'Phantasm III: Lord of The Dead'. Released in 1994, it features the addition of Tim (Kevin Connors), a young and precocious boy blatantly and bizarrely reminiscent of Macaulay Culkin in 'Home Alone'.

While it's understandable that many hardcore horror fans found Tim to be an irritating and unnecessary presence, the movie also featured a romantic (though naturally not reciprocated) interest for Reggie  in the sassy form of Rocky, a no-nonsense tough girl who gives as good as she gets. Reggie's ham-fisted attempts at seduction are, from my point of view at least, laugh-out-loud hysterical, as are Rocky's withering put downs. Without question she is a great foil for Reggie and it's a tremendous shame that not only did Rocky not return for the series' final entry, but the actress who played her, Gloria Lynn Henry seemingly retired from the acting business in 1997. 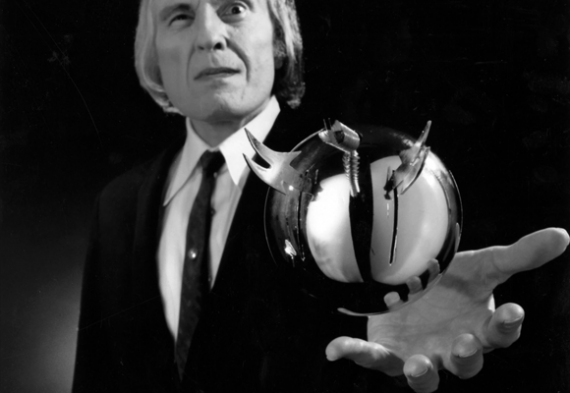 Besides adding more humor to the mix, 'Phantasm III' also expands upon the science fiction premises of the previous two, including travel via inter-dimensional forks and the nature of the series' trademark spheres or 'Sentinels', used by the Tall Man as gruesome skull-embedding weapons, surveillance and a vessel for disembodied souls. The airborne Sentinels, like the Tall Man who commands them, appear in all four movies and remain an impressive and baffling special effect that helped to distinguish the original movie despite it's low budget of around $300,000.

You've probably noticed that I've had little to say about 'Phantasm II'. Produced in 1988, a full nine years after the original, it is most definitely the odd-one-out of the franchise as the only film not to feature the character of Jody or A.Michael as Mike, played here by James Le Gros (recognisable from his roles in 'Batteries Not Included', 'Ally McBeal' and 'Law & Order'). This was due to Universal's reluctance to greenlight a 'Phantasm' sequel unless Reggie and Mike were replaced with more well-known actors. Eventually writer and director of all four movies, Don Coscarelli convinced the executives to only replace one of the actors and opted to keep Reggie Bannister. A.Michael remains understandably bitter about the whole affair, frequently referring to the second film as 'the film which shan't be named'.

While Le Gros does a serviceable job, it's jarring to see Reggie fighting the Tall Man alongside a new Mike - particularly one with virtually no physical resemblance to his predecessor. Fortunately Coscarelli was able to exert greater control over the later movies and ensured the return of the original cast, however this anomaly in the series does spoil some of the otherwise admirable continuity that the series should be praised for. Despite being shot several years apart there is a remarkably uniform look to the rest of the films which make a habit of continuing immediately on from the closing scene of each previous movie. Flashbacks are also used to tremendous effect. Why Mike briefly and drastically changed appearance for a brief period is an unfortunate plot hole that the viewers will have to overlook, or perhaps skip over entirely - the second entry while still entertaining, is perhaps the weakest of the series with little in the way of plot advancement. 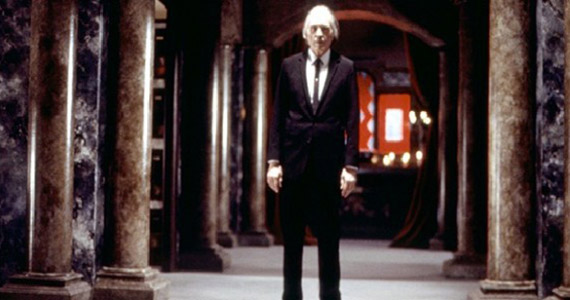 While the middle two movies had budgets of $3 million and $2.5 million respectively, the fourth and final flm, 'Phantasm IV: Oblivion', made for around $600,000 returns the series to its roots both thematically and in terms of low-fi, smartly used practical effects replacing bigger budget thrills. A Civil War sequence made use of a local reenactment group who already had their own costumes and props and some of the Sentinel effects in this entry were actually made by eager fans. Despite its ambiguous ending, it is a nice way to close out the series.  Rumours of a fifth film have come and gone over the last several years, but it seems that at this stage a revival is unlikely.

Perhaps 'Phantasm' was never destined to enter the public consciousness in quite the same way as Krueger or Voorhees. These are for the most part small movies made by a dedicated cast and crew, examining some interesting concepts and dark themes while piling on the chills and throwing in a few laughs too. Fortunately a dedicated cult following has helped to ensure that all four films are available on DVD and have recently begun to see Blu-Ray release. If you're a fan of 80's horror and have yet to see them, I urge you to check them out. You may not find yourself shaking with fright, but you will most certainly be entertained as you find yourself cursing the Tall Man and rooting for Reggie.