It was only a little more than a week or so after Kenneth Arnold’s now famous June 24, 1947 encounter of the flying saucer kind - at Mt. Rainier, on Washington State’s Cascade Mountains - that a highly unusual aerial vehicle plunged to earth on remote farm land of Lincoln County, New Mexico, not too far from the now infamous town of Roswell.

The deeply controversial event has been the subject of dozens of books, official studies undertaken by both the General Accounting Office and the U.S. Air Force, a plethora of television documentaries, a movie, and considerable media scrutiny and public interest.

The admittedly weird affair has left in its wake a near-mountain of theories to explain the event, including a weather balloon, a “Mogul Balloon” secretly utilized to monitor for Soviet atomic-bomb tests, an extraterrestrial spacecraft, some dark and dubious high altitude exposure experiment, an atomic-based mishap, the crash of a Nazi rocket with monkeys on board, and an accident involving an early “Flying Wing”-style aircraft, built by transplanted German scientists who had relocated to the United States following the end of World War II. 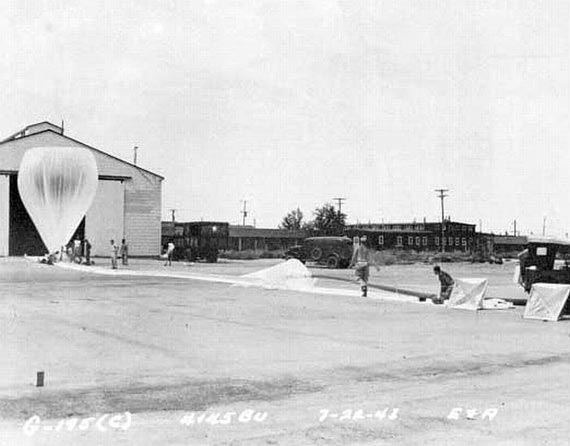 It is no secret, at all, that I am distinctly skeptical of the idea that aliens met their deaths in the desert on that long gone day in July 1947. And I consider that should we one day uncover the true story of what really occurred outside of Roswell, it will likely be one of secret military experimentation born out of the early years of Cold War shenanigans. But, I may well be 100 per cent wrong in my suspicions.

Keeping in mind the sentence immediately above, what if the Roswell affair is explainable in a very different, and wildly alternative, fashion? What if the weird craft and its strange crew were not the denizens of another galaxy, or even of the military of the immediate post-World War II era, after all? What if, incredibly, their point of origin was a far flung future of a distinctly human nature? 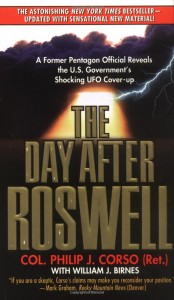 While such a scenario may sound extreme and incredible to many – even to those who are of the opinion that something truly anomalous occurred in Lincoln County, all those years ago – such theories have been expressed, and endorsed too. One of those who revealed his thoughts on this particular scenario was Lieutenant Colonel Philip Corso, co-author with William Birnes of the much-debated 1997 book, The Day after Roswell.

The sensational, and also deeply questioned and criticized, story told of Corso’s alleged personal knowledge of the Roswell affair while serving with the military, and of the way in which he allegedly helped to advance the United States – both scientifically and militarily - by secretly feeding certain fantastic technologies found in the craft recovered at Roswell to U.S.-based private industries and defense contractors.

Despite the fact that many have championed Corso as a solid proponent of the idea that extraterrestrials plunged to earth in New Mexico in 1947, in reality, Corso was willing to consider something very different.

The unusual bodies found within the wreckage of the craft, Corso maintained, were genetically created beings designed to withstand the rigors of space flight, but they were not the actual creators of the UFO itself. Right up to the time of his death in 1998, Corso speculated on the distinct possibility that the U.S. Government might still have no real idea of who constructed the craft, or who genetically engineered the bodies found aboard or in the vicinity of the wreckage.

Notably, Corso gave much consideration to the idea that the Roswell UFO was a form of time machine, possibly even one designed and built by the denizens of an Earth of the distant future, rather than by the people of a far away solar-system. 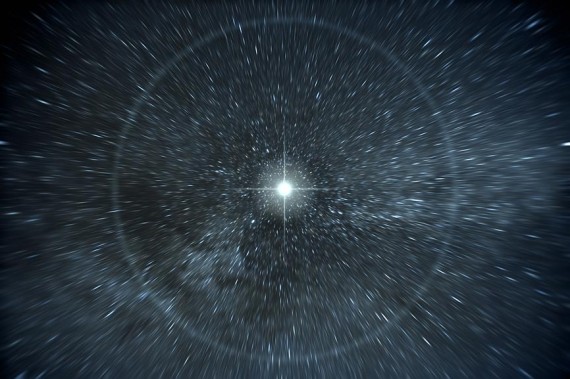 Of course, it's vital that I make it clear Corso's story has been the subject of a great deal of intense debate. His account relative to Roswell has been both vocally championed and loudly denounced. Others seem unsure what to make of it all. But, unfortunately for those trying to make some sense of the situation, Ufology has always been like that when it comes to matters of a highly volatile nature. We never get a definitive answer. It always ends up, to use a terrible but appropriate pun, in a "grey" area.

If history shows there's nothing to the story of Philip Corso, then so be it. But, if there is even a small nugget of truth to the story, then here is something we should muse upon: Maybe, by studying the Roswell materials, officialdom has learned something deeply troubling and terrible about our future, something it dares not share with us, the populace at large. Ever.

Is this, perhaps, the reason why the Roswell affair is one still shrouded in overwhelming secrecy, more than 60 years after it occurred? To paraphrase The X-Files, when it comes to UFOs and Roswell, “the truth” may not be “out there” after all. Instead, it might be countless millennia ahead of us…

The Time Machine Chronicles: Where Nuts and Pencil-necks Collide