Strange Things in the Sky

Human beings have always seen unidentified objects in the sky. From the prophet Ezekiel’s sighting of a flying wheel in 593 B.C., to the 1561 A.D. Battle over Nuremberg, Germany, to Kenneth Arnold’s “pie plate” UFOs spotted near Mt. Rainer, Washington, in June 1947, there are things above our heads that baffle us.

Many of these unidentified flying objects appear to be intelligently controlled aircraft. Others, like the following sightings in California and Illinois, defy explanation.

Wade stopped at the beach in Del Mar, California, on his way home from San Diego to San Marcos, on a lazy summer afternoon. He spent the rest of that June day surf fishing and arrived home after dark, around 9 p.m. “I relaxed, had a beer or two and went to my covered drive to clean my catch,” Wade said. “I completed that task and looked to the north at the rocky mountainside in the near distance.”

He didn’t expect to see what was there. “Above my neighbor’s homes across the street something was shimmering and moving rapidly side to side in a space of maybe 60 feet at 20 feet altitude,” Wade said. “I thought my eyes were playing tricks on me from the time earlier in the day when I spent time on the beach in the bright afternoon sun. I was wrong.”

Two shimmering, nearly transparent parallel lines about three-feet wide in the air moved silently and quickly side to side in the faint glow of a streetlight. “It was just wings and eyes,” he said. “The wings didn’t flap like a birds, it was more like a dragonfly, but dragonflies don’t grow three-foot wingspans, fly at night, or display what seemed to be some kind of intelligence like this thing did.” 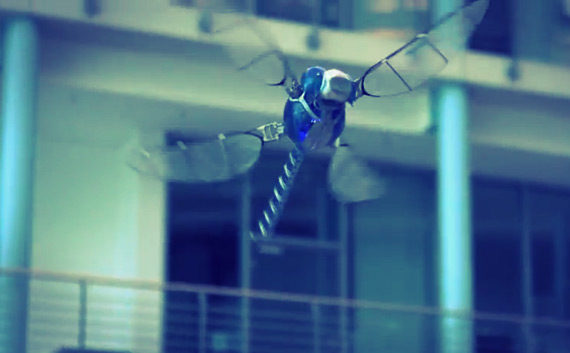 Fear gripped Wade and he felt his hair rise from his scalp to his ankles. “I was sure it was a real thing, then I noticed the thing had big black eyes,” he said. “They weren’t friendly eyes at all.”

The entity quickly shot across the street toward Wade. He dropped to the pavement and it swooped over his head. “The thing was interested in me,” Wade said. “It was staring me down when it was across the street and either attacked or was trying to intimidate me, or who knows what, when it came at me.”

Wade moved from under the covered part of his drive to get a better look at the swooping thing. It was directly above his head. “I felt great fear,” Wade said. “I said to the thing out loud,’ I see you.’”

“It zipped back into view from the direction it had gone, and was looking directly down at me with the weird unblinking eyes,” he said. “It realized I was looking right at it, and it took off in a flash. It’s gone. For good, I hope.”

Cool air poured through the open windows of the car as Lisa Becker and her husband pulled through their suburban Chicago neighborhood of Oak Brook one night in 1996. Nature painted the dusk pink, orange and red, but something dark suddenly smeared the canvas. “As we approached our subdivision, we saw a large blackness in the air,” Becker said. “It was about eight feet in diameter, about 100 feet away from us, and about 30 feet in the air. It was moving in a straight line.” 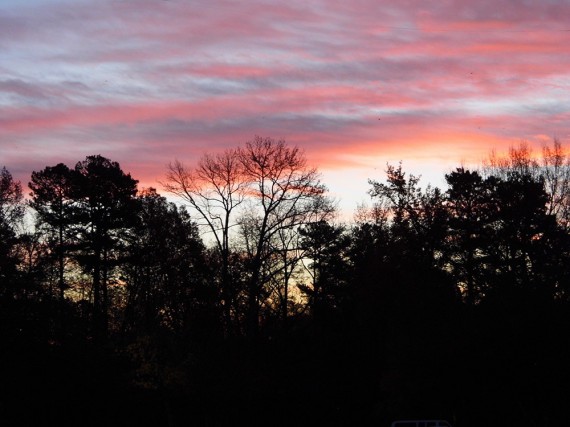 Her husband also saw this black shadow. “It had no specific shape and its edges undulated,” she said. “As it flew closer we pulled over to watch it. It was so low that you could have hit it with a rock.”

When they noticed the object, the Beckers later named the “pterodactyl,” it slowly and noiselessly crept through the sky from east to west about 50 yards from the back of their house. “It moved in a perfectly straight line as if it were on a tightrope,” she said.

The couple watched the object as it sailed about 10 feet past them, 30 feet in the air, and folded in upon itself, and disappeared. “It was not a vehicle,” Becker said. “The best way to describe it would be to say it looked like a very large flat stingray (with) no tail. It moved in a perfectly straight line, and never varied from its path.”

This left the college-educated Beckers wondering what they saw. “My husband thought it was strange, but didn’t have any particular emotional response to the thing,” Becker said. “It didn’t seem to have any sort of depth to it. It was like looking into a very dark spot that could have blotted out anything behind it. It didn’t have any wind or exhaust in its trail. Our best thought, though entirely illogical, was that it was a rip in the space-time continuum.”

Whatever the black, undulating “pterodactyl” was flying over their house, the memory has stayed with the Beckers for years. “I asked myself at the time, ‘how did the object make me feel?’” she said. “It wasn’t pleasant, maybe even slightly menacing. Not that it was menacing me. It creeped me out a little that it clearly came from the direction of my back yard. So it easily could have crossed over my house.”

The couple hasn’t seen anything like the object since. “My husband and I were amazed. We’re just regular people who saw something strange one day and still can’t reconcile that thing with our logical minds,” Becker said. “This stuff is sort of like UFOs in that there is no one you can talk to or no one to report it to. At least with UFOs there is MUFON. Ever since then I’ve been wondering if anyone else has ever seen something like it.”

Appalachia is a Hotbed of UFO Activity