The Devil, The Crossroads and Music Mythology

I have mentioned elsewhere (particularly in my article on the 'Poltergeist Curse') my thoughts on why the age of popular culture myths is seemingly at an end. In brief, news today travels faster than ever and rumours are often debunked before they can ever spread or be elaborated on. Music history is littered with well-known anecdotes, and it's understandable that these stem largely from the days of 1960s/70s rock excess when many young people worshipped rock-stars as the new Gods.

Backstage antics (such as Led Zeppelin's notorious groupie experiments) are ripe for salacious gossip because of the lack of witnesses, free-flowing drugs and alcohol and frequently unreliable memories of those who were a part of that world. Rock's loud, lewd and dangerous reputation ensured that these stories would spread like wildfire. Teenage fans naturally wanted to believe every scandalous detail of their antiheroes' exploits. Worried parents were similarly willing to believe everything they heard as further evidence that these new stars were sick-minded individuals desperate to corrupt the youth of the day. 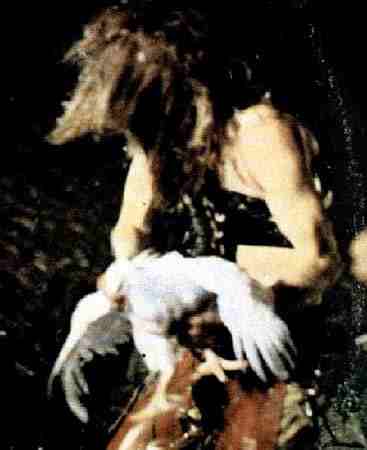 The concert stage saw the inception of many rock and roll myths. Some, such as Alice Cooper's purported voodoo-style 'killing a chicken and drinking it's blood' have been revealed by grainy video footage to be wild exaggerations. In reality, a fan (for reasons known only to himself) had decided to bring a chicken along and throw it toward the stage. Detroit City-boy Alice (who has since confirmed this version of events), not knowing any better simply threw it back, wrongfully assuming it would fly to safety. Of course, neither Alice nor his legendarily crafty manager Shep Gordon chose to deny these rumours at the time. After all, why let the truth get in the way of a good story - particularly one that would ensure many sold-out shows to come? 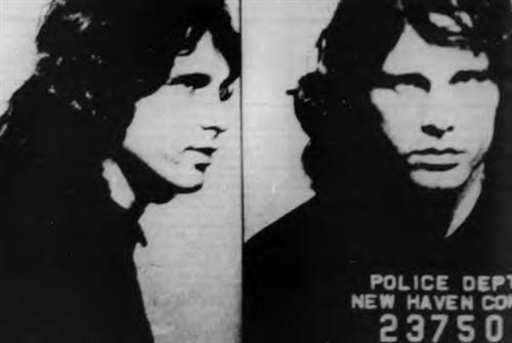 Perhaps an even more infamous on-stage occurrence from around the same time was The Doors March 1st, 1969 concert in Miami. An audio bootleg confirms this much: an inebriated Jim Morrison frequently refused to sing during the show, instead delivering rambling, semi-coherent and often confrontational monologues to the baffled crowd. This allegedly culminated in his exposing himself to the audience, and Morrison (already known to all as the leather-pants wearing, sex symbol, self-professed 'Lizard King') was later arrested for lewd and lascivious conduct. The truth of the matter, however, has never been revealed with audience members - and even The Doors themselves - variously affirming or denying that they 'saw it'. With several thousand attendees and no video or photographic evidence, it's little wonder that there are conflicting reports. Of course in 2013, half of the ticket-holders at any given concert seem to be watching through their iPhone or camera, and it's commonplace for entire concerts to be on YouTube before the night is over. The concert, for better or worse, is no longer an experience solely shared between the artists and those in attendance.

Arguably there is one form of music even more closely associated with myths and mysticism - rock's spiritual godfather, the Blues. The Delta Blues musicians of the 1930s and 40s are some of the most important yet elusive figures in the history of our popular culture. Whether you've ever sat and listened to Robert Johnson's body of work, the chances are you've experienced his legacy in the form of his massive influence on Led Zeppelin, The Doors, The Rolling Stones, Eric Clapton and countless others. 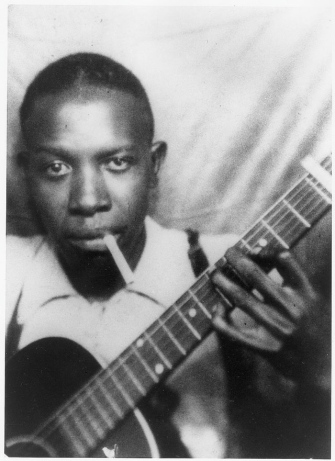 Despite his titanic influence on the music that would follow, Robert Johnson only ever recorded around two albums worth of material (collected on the indispensable 2-disc compilation 'The Complete Robert Johnson'). He died at the age of 27 (making him perhaps the first member of the '27 Club', alongside Janis Joplin, Jimi Hendrix, Jim Morrison, Amy Winehouse and many others - another often quoted bit of music lore), and only three photographs of him are known to exist. The cause of his death and the location of his grave both remain unknown and details of his life are sketchy at best - small fragments of memories from other musicians who played alongside him as he continued to play and roam the country. It's little wonder then that Robert Johnson should find himself at the centre of what is probably the most notorious myth in all of music.

Legend has it that while living on a Mississippi plantation, the young and impoverished Robert found his one true longing: to be a master of the Blues. Unfortunately he was then a mediocre musician at best and played his guitar and sang his songs for anyone who would listen, failing to make much of an impression or a name for himself. A shadowy figure, hearing his plight instructed him to go, guitar in hand to the Dockery Plantation Crossroads at midnight on a moonless night. Following these instructions Johnson was met at the crossroads by the Devil in the form of a large black man, who tuned his guitar and played his own haunting music. When he returned the guitar to Robert, he found he had full mastery of the instrument - the Devil having staked a claim to his soul in exchange for this gift, a bargain that would be collected upon at a later time.

The sources of this well-worn tale are hard to pin down, though it is generally agreed upon that the story was formed following an exponential growth in Robert's talent and musicianship following a brief period away from his hometown. Staggered by his sudden and apparently inexplicable progression, locals began to claim that he 'must have sold his soul to the devi'. Of course 'deals with the Devil' are commonplace in folklore and superstition, and it's possible that Robert Johnson was already considered to be a damned soul with a tendency toward the macabre by locals. Firstly, it was often still considered sacreligious at the time for a young black man to choose secular music over gospel - particularly the sinful Blues with it's often sexual, gritty and dark themes. Secondly it is known that Johnson and his friends frequently practiced guitar in graveyards late at night, presumably because it was quiet and they knew they were unlikely to be bothered by people.

The mysterious circumstances of Robert's death play neatly into the beliefs of those willing to support the crossroads myth. It is believed, and was reported by fellow Blues legend Sonny Boy Williamson, that he was poisoned by the jealous husband of a woman with whom he had flirted at a dance in the town of Greenswood, Mississippi. Seeing this, the husband added strychnine to a bottle of whiskey which he then ensured ended up in the hands of Johnson, who died a slow and agonizing death over the course of 3 days. This version of events is disputed by many, however, who claim that strychnine has such a strong taste and odour that Johnson would surely have noticed that something was amiss. If strychnine poison was indeed the cause of death, it would also typically take effect and kill the victim in a much shorter span than the 3 days reported. Confronted with these muddled facts and conflicting tales, it's easy to see why many at the time simply believed that the Devil had come to collect on his part of the deal. 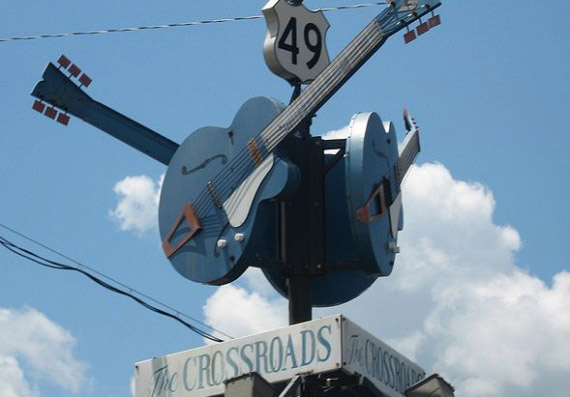 Much like the disputed sites of Johnson's burial, there are three separate locations that claim to be the exact crossroads where his pact was made. Two of these have become popular tourist locations.
Facts and reliable evidence may well be the enemies of myth and legend. While scholars and musicologists continue to hunt out the truth of his life and death, ambiguity and mystery ensures that 75 years on Robert Johnson's music and his legend continue to spread.