The Problem with Werewolves

Just the other night, I did a radio show which briefly touched upon my research and writing in the field of werewolves. One of the things I noted to the host is that despite the fact that most people think werewolves are born out of nothing more than fantasy, folklore, legend, and movie-scripts, the reality is that reports of dog-headed humanoids, and creatures that sound just like the classic imagery of werewolves, absolutely abound, and have done so for centuries.

The bigger issue, which I also discussed with the host, is how such reports polarize the research community. And here's what I mean by that: when it comes to werewolves, it's not so much the fact that we have reports which is the problem. Rather, it's the fact that the very mention of the word "werewolf" provokes controversial imagery born out of Hollywood movies (such as the 2010 version of The Wolfman, which starred Benicio Del Toro, Anthony Hopkins and Emily Blunt), or of traditional, centuries-old tales of human-to-wolf shape-shifters.

Now, as someone with a deep interest in the field of Cryptozoology, and also as someone who has written extensively on the subject, I can tell you with absolute certainty that there are certain figures in the field that totally cringe at the idea that the study of werewolves should even be considered a part of Cryptozoology. But, that's because they, too, are driven by that Hollywood image, the attendant supernatural themes, and everything that all this collectively implies. 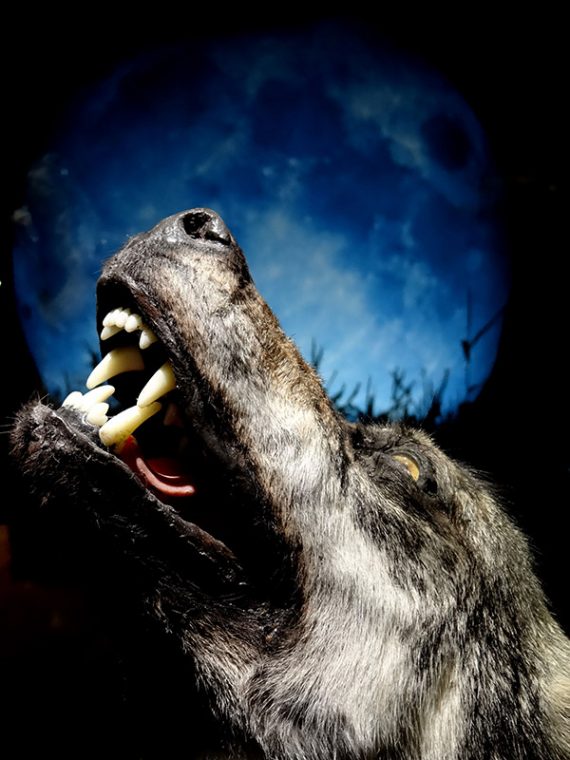 On top of that, I know more than a few figures engaged in specifically paranormal-based research who believe that werewolves are, quite literally, people who have the ability to physically transform into hair-covered, nightmarish monsters complete with fangs, claws and a muzzle.

So, what we have is one group (the cryptozoologists) who find the whole thing embarrassing and something they prefer to ignore and try and forget about, and we have a second group caught up in the traditional beliefs of what it means to be a werewolf. Both need a slap around the head to knock some sense into them.

The reality of the situation is that of all the many cases of what appear to be upright, wolf- or dog-like animals I have on file, not a single one has anything to do with shape-shifting. Similarly, Linda Godfrey, one of the most well-respected figures in the field of werewolf research, has collected mountains of reports of these upright "things." But, of all the cases Linda has studied, how many involve people literally shape-shifting? Hardly any at all, that's how many.

In other words, if the stories are genuine (and many clearly are, in my personal view), then we appear to be dealing with one or two things, or perhaps, a combination of both: (a) a type of wolf-like animal that is unknown to science and which has the ability to walk on two legs as well as four; or (b) a creature of definitively paranormal proportions. 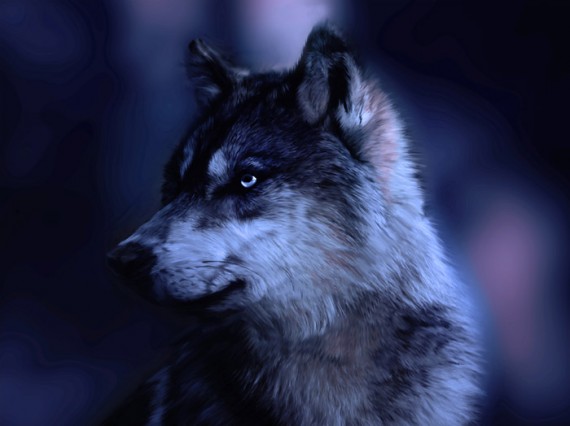 But, mainstream Cryptozoology cannot bring itself to fully embrace the study of either "possibility (a)" or "possibility (b)" and the solely paranormal crowd aren't excited by the prospect of investigating something that may be purely zoological. So, what happens? Well, this is what happens: a topic that is undeniably important, and which is supported by large amounts of witness testimony, ends up languishing in a realm filed with confusion and lack of direction.

Now, I'm pleased to say that some researchers, such as Linda Godfrey (who undoubtedly leads the pack - pun intended!), recognize that when it comes to matters such as the Beast of Bray Road and the Michigan Dogman, there are as many cases that appear to be of a flesh-and-blood nature as there are ones that have supernatural overtones to them. But, Linda does the correct thing when it comes to investigating such reports: namely, she remains free of bias or prejudice when it comes to listening to what the witnesses have to impart.

It's sad to say that I have seen more than several cryptozoologists pour complete and utter scorn on 20th and 21st century reports of werewolves, even when they have never spoken to the witnesses or personally studied the cases at issue. And, I have personally witnessed certain elements of the paranormal crowd react in definitively defensive, arms-folded fashion when a suggestion is made that these beasts may simply be unknown animals, albeit of a pretty extraordinary nature.

Both camps need to lighten up, reconsider their stances, and think outside of the box. The fact is that there are more than a few creatures within the domain of Cryptozoology that have weird overtones to them, such as Mothman and Owlman, - hell, even Nessie and Bigfoot reports aren't free of very high-strangeness, on occasion. Adding werewolves into the equation should not, therefore, be a problem. But, unfathomably, for many it is. And as for the paranormal crowd: they need to get all this Twilight and Underworld imagery out of their minds.

In other words, it's not the werewolves, or the reports, that are the problem - it's the people.

What constitutes a paranormal experience?