In 1931 director Tod Browning was hot property in Hollywood. His work with Lon Chaney Sr.  had set a high-bar for horror movies, but his pioneering interpretation of 'Dracula',  released that year made its star Bela Lugosi an unlikely household name and sparked off the great run of classic Universal horror movies that would continue with great success over the course of the next decade or so. Rival studio MGM correctly sensed that horror pictures would be the next big thing with the ever-growing cinema audience and decided to hire Browning to direct and produce his next film for their company. The result was far darker, stranger and more controversial than either the studio or the audience were prepared for.

'Freaks', as released in 1932 tells the story of Hans, a circus midget who is seduced by Cleopatra, a beautiful but vain trapeze artist who's interest in Hans, we soon learn, stems solely from her learning of his vast inheritance. Hans considers the rest of the sideshow performers to be his family and while some have their misgivings about Cleopatra's motives, they attempt to accept her into the fold at the wedding party. (Cue the film's famous chant, "One of us! One of us!")

Drunk and disturbed by Hans' unusual friends, Cleopatra spurns their attempts at friendship, ridiculing them mercilessly and revealing that she has been having an affair with Hercules, the circus strong man. Hans finds his loyalties tested, but decides to stay with his new bride and Cleopatra, for her part, continues with her plot to slowly poison him, claim his inheritance and run away with Hercules. When one of Hans' friends overhears her plan, the entire troupe exact gruesome revenge, aiming to turn Cleopatra into 'one of them' once and for all. 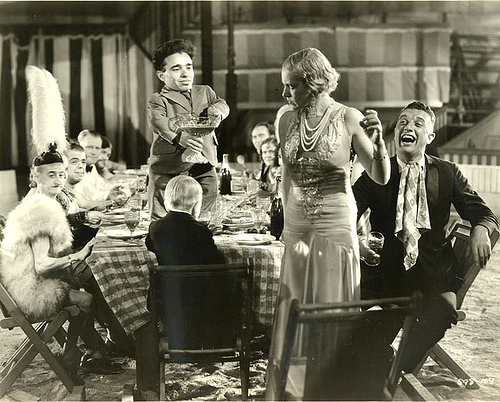 Despite around 30 minutes of material being cut and a 'happy ending' epilogue clumsily inserted at MGM's insistence, the film shocked audiences partly due to its dark themes of revenge and attempted murder, though undoubtedly the main controversy stemmed from Browning's decision to use real life circus oddities to portray the titular 'Freaks'. Banned in the UK for over 30 years, the divisive movie effectively ended Browning's career as a director (he served as director on 57 films between 1915 and 1932. After 'Freaks' he would find work on only 4 before his career ended entirely in 1939).

While its status as a cult classic is undeniable, film-buffs continue to debate 'Freaks' merits. Some consider it to be a brave and empowering portrayal of the strange and different - after all, the only people in the film who are shown to be entirely irredeemable and unsympathetic  are the 'normals'. Others however consider it an early example of exploitation cinema - regardless of the film's message perhaps audiences were much like sideshow crowds of the day, paying to see (or mock, or be repelled by) the freaks. 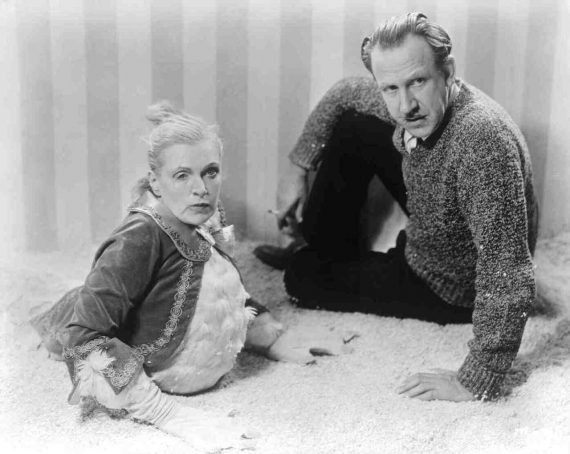 It is fair to say that Tod Browning had a lifelong fascination with carnival life, having literally run away to join the circus at the age of 16. During his tenure under the big top, he would perform as a carnie barker, a clown, a dancer, a magician and as a 'Living Corpse' in a buried-alive style stunt. Whatever judgements may be passed on 'Freaks' audience, it seems reasonable to assume that Browning's intentions were honorable, drawing on his own experiences and those of the memorable characters he had encountered during his life on the road. That a film that continues to be considered a cultural milestone over 80 years after its release should curtail its director's career is something of a travesty.

It goes without saying that many of 'Freaks' cast are once seen, never forgotten. Perhaps most memorable of all is Johnny 'Eck' Eckhardt, the 'half boy' who leads the vigilante group at the movie's climax. Born alongside fraternal twin Robert in 1911 in Baltimore, Maryland, Johnny had a truncated torso ending in under-developed and unusable legs though was otherwise healthy. Often described as having a sunny personality and can-do attitude, Johnny never let his unusual body or diminutive stature (18" tall) stand in the way of his goals. As time went by he developed a talent for arts and crafts, attended public school and briefly flirted with the idea of joining the ministry. Fate had other things in store however, when Johnny and his brother caught the attention of traveling magician John McAslan during a 1923 performance at their local church.

Wearing specially made clothes that covered his small legs and made him appear snapped off at the waist, Johnny traveled the country for many years with his conventional-looking brother serving as a contrast, performing magic and acrobatics. It was during a 1931 performance in Canada that Eck was seen by an MGM casting agent on a scouting mission for Tod Browning's forthcoming picture. Eck and Browning reportedly got along very well on set and the idea for a further movie featuring both Johnny and his brother was hatched. Sadly, the aftermath of 'Freaks' release made such an idea unsellable and other than appearances as a 'gooney bird' in three Tarzan movies, Johnny's silver-screen career much like Browning's, was cut short. 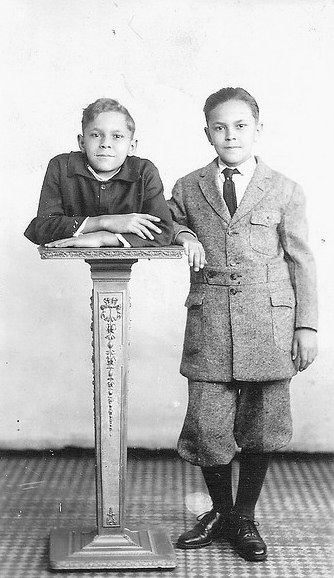 Returning to the traveling show circuit, it was in 1937 and under the guidance of renowned illusionist Rajah Raboid that Johnny and his brother would begin to perform the trick that they had seemingly been destined for all along - a twisted take on the sawing-a-man-in-half trick. Robert, planted in the audience, would 'volunteer' for the trick. Surreptitiously as he got into the box, he would be switched for his brother, now playing his top half and a dwarf in specially made trousers for his lower portion. It's hard to imagine quite how audiences must have reacted when, following the sawing, the volunteer's top half began angrily pursuing his legs throughout the theater!

As time went by and sideshows were cosigned to the past, the Eckhardt brothers returned to their other passions - painting, music and woodwork to name a few. Later life was often difficult, since life spent traveling with a string of exploitative managers meant little in the way of savings or royalties. Things took a particularly cruel turn in 1987 when the two were robbed, ridiculed  and bullied over the course of several hours in their home - an event from which Johnny's spirit reportedly never recovered. The pair lived out their remaining years as recluses. Johnny passed away in 1991 and his brother followed in 1995.

It's tempting to draw comparisons between 'Freaks'' moral narrative and the sad end to the life of the Eckhardt boys. Unfortunately in real life there are no compulsory 'happy ending' epilogues. Still, the fact remains that Tod, Johnny and the 'Freaks'' work lives on to challenge viewers on their preconceptions of the meaning of ugliness and beauty, and  perhaps that is enough. 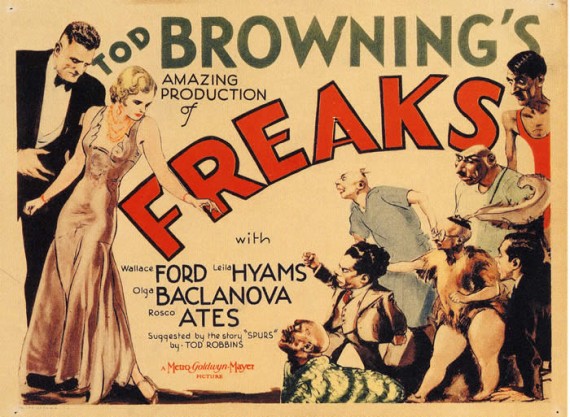 The Problem with Werewolves