Dolls have long been a source of amusement for both children and adults. However, they can also bring terror as well as joy. Read on for chilling true tales of haunted dolls and possessed playthings.

The Legend of Robert the Doll

When it comes to haunted dolls, Robert is arguably America’s most famous. The Key West doll is a fixture on local ghost tours and even served as an inspiration for Chucky in Child’s Play.

Robert belonged to Key West painter and author Robert Eugene Otto. In 1906, a Bahamian maid reportedly gave the doll to Robert and then cursed the toy after Robert’s parents displeased her. Soon after the maid’s departure, strange events began plaguing the Otto household.

Young Robert enjoyed talking to his namesake, and servants insisted the doll talked back. They also claimed the plaything could change expressions at will and move about the house on his own. Neighbors reportedly saw the doll move from window to window when the family was away, and members of the Otto household heard maniacal giggles emanating from the toy.

Robert the Doll spooked plenty of folks during the day, but at night he focused on young Robert Otto. The boy would wake in the middle of the night, screaming in fear, as the heavy furniture in his room crashed to the floor. When his parents demanded to know what happened, Otto’s response was always the same: “Robert did it! It was Robert.”

Robert Otto died in 1974, and his notorious doll now sits on display at the Fort East Martello Museum in Key West. Legend has it the doll will curse anyone who takes a photo without permission, which Robert grants by slightly tilting his head. Visitors who forget can always beg for forgiveness which is what cameramen from the Travel Channel did after their HD camera mysteriously stopped working.

Though dolls like Robert grab headlines and spark imaginations, they’re not alone. Hundreds of haunted doll tales fill ghost blogs and forums across web, including one from an average woman in Moundsville, WV.

Years ago, the woman had a grade school friend named Emily and the two spent a lot of time at Emily’s home. The entire house had a strange feeling to it, but it was the attic that was the most unnerving.

“The attic was finished, but had that ‘death’ smell to it, like an abandoned building,” the woman writes. “It was always cold, despite the hot air that would rise from the floors below. The attic contained four small rooms, and one room was entirely devoted to dolls which I always found terrifying.”

One afternoon, the girls played with a few of the dolls until Emily’s grandmother called them to lunch. They placed the rag dolls back on the shelf, but one tumbled off just as they were about to leave. This was strange as the doll fell in a way that seemed physically impossible. Puzzled, the woman returned the doll to its shelf and went downstairs to eat. However, that wasn’t the end of the encounter.

“Later on that day, Emily and I were playing in the woods adjacent to her house, and I squatted down to pick up a pretty stone,” the woman writes. “When I went down, I felt something poking me in my pocket. I put my hand in the pocket, and I found two doll eyes …the eyes from the doll I had picked up earlier that day. Needless to say, I have been terrified of dolls ever since.” 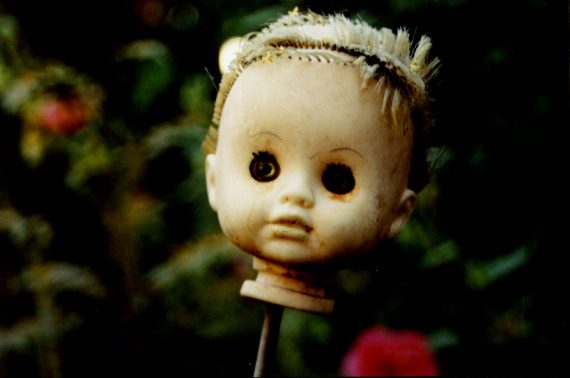 Though most people avoid haunted dolls, some have a passion for possessed playthings and share their knowledge and interest online.

“Set in a farmhouse in rural Pennsylvania, amongst the mountains and streams, is a little known secret,” reads the title page of DollHouseCam.com. “Seven dolls that once were loved by little girls now adorn the home of a family of five. They don't just sit on a shelf looking pretty. These porcelain beauties, for lack of a better description, have taken on a life of their own.” 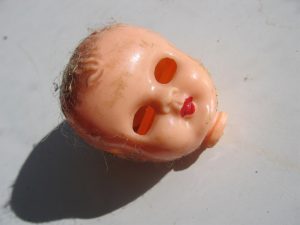 David’s Haunted Dolls is dedicated to educating the public about haunted dolls and the best way to care for any “Spirit Children” they might come across.

“A haunted doll is not your everyday Betsy Wetsy,” he writes. “Haunted dolls are real life spirits that are attached to a certain host doll. Nobody really knows if the spirit picks that host doll, or if they are just drawn there, but we do know it happens. You might even have a haunted doll in your home, and not even know it.”

Folks looking to buy a haunted doll need look no further than AJ’s Haunted Dolls. The site offers a variety of creepy playthings, ranging from the innocent and sweet to the dark and destructive.

“Each and every one of my Spirit Children and paranormal items are unique in their own special way,” AJ writes. “Not only because they are inhabited with a beautiful spirit, but because of the vessel they have chosen. I try and collect a variety of hosts, spirits, and unique paranormal magical items.”

Have you had an experience with a haunted doll? Think haunted doll stories are crap? Sound off in the comments below.

Strange Things in the Sky