Most Westerners have heard tales of vampires, werewolves, and mermaids. But what about humanoid turtles that enjoy munching on children or skeletal whales that drift along the coast? Japan is full of bizarre tales about crypto zoological creatures and things that go bump in the night. Here are five of them. 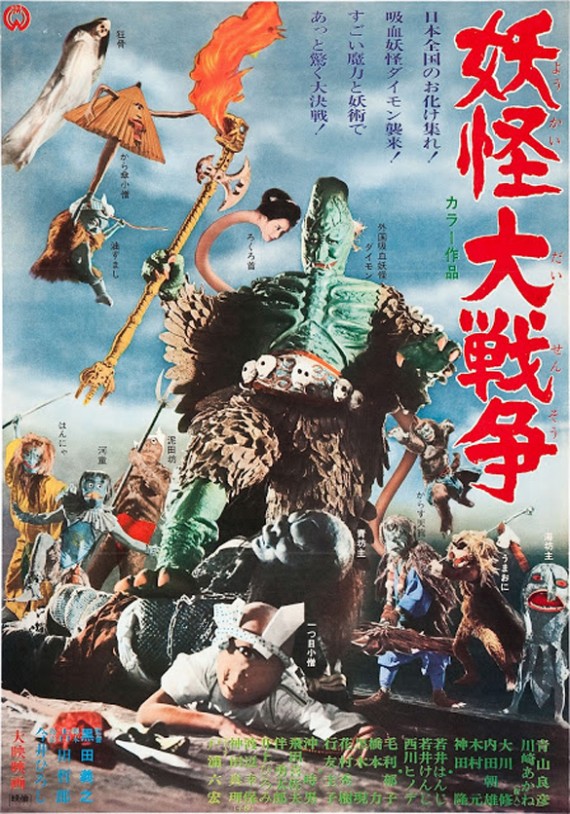 The bakekujira, or “ghost whale,” is a mythical beast said to live near the Western coast of Japan. The ghostly creature has no flesh, but is instead a massive skeleton that haunts the waves. Some tales, however, describe the beast as a rotting whale. Unknown fish and birds accompany the bakekujira, and attempts to kill the beast prove fruitless. A well-known legend speaks of harpoons passing through the whale with no effect. In 1983, residents of the coastal town of Anamizu spotted an intact whale skeleton floating near the shore. Japanese press labeled the skeleton a “real-life bakekujira.” 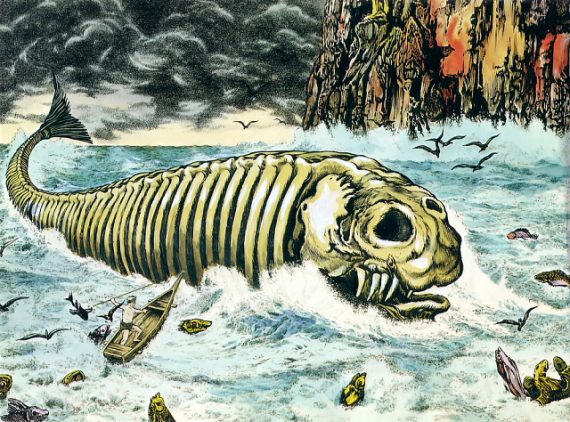 A kappa is a humanoid, turtle-like creature said to inhabit Japan’s ponds and rivers. The creatures vary in appearance from region to region, but generally possess scaly, reptilian skin, webbed hands and feet, and a turtle-like shell. Legend has it kappas derive their power from water-filled cavities atop their heads. If the water spills, the kappa dies or becomes immobilized.

According to Japanese legend, kappas enjoy kidnapping children and drowning swimmers but can be appeased by offerings of their favorite food: cucumbers. In 2010, Destination Truth traveled to Japan to investigate modern-day kappa sightings. However, the crew determined that witnesses had mistaken other animals for the legendary beast. 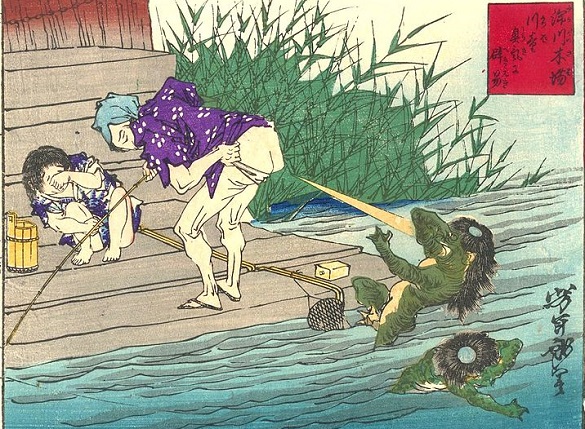 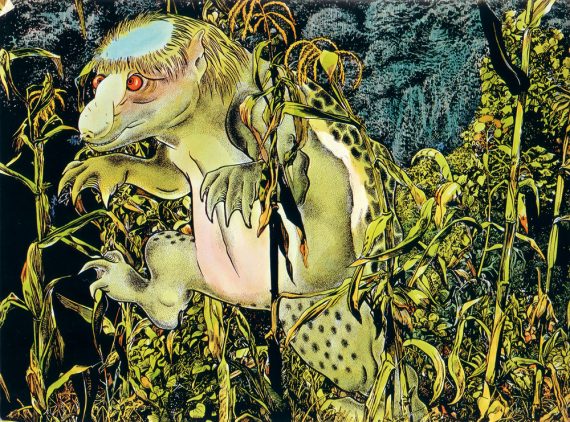 The jorōgumo, a word which can be literally translated to whore spider, is a legendary female creature known for seducing and murdering men. In some tales, the jorōgumo is a spider that can morph into a beautiful woman. In other tales, it’s a stunning woman that binds men in silken spider threads and then devours them in her home. The Jorōgumo is the inspiration for Super Street Fighter IV's Juri Han. 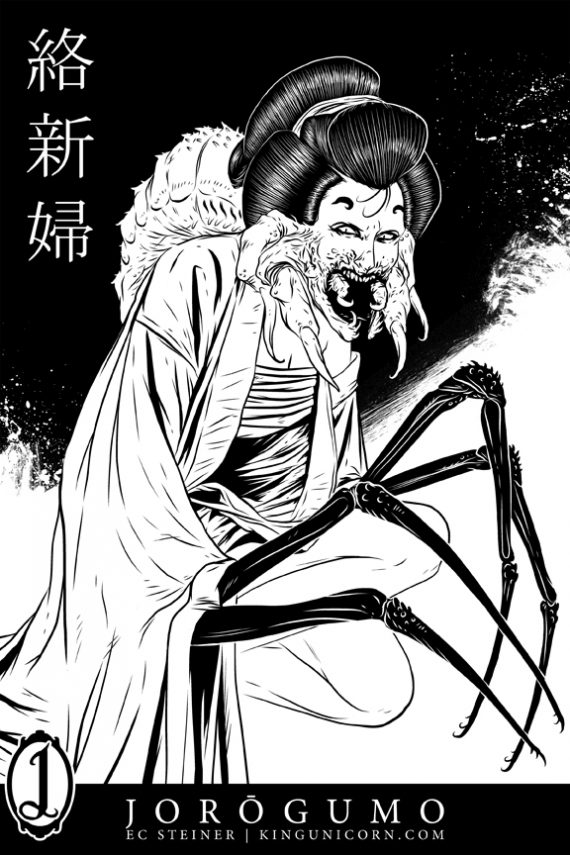 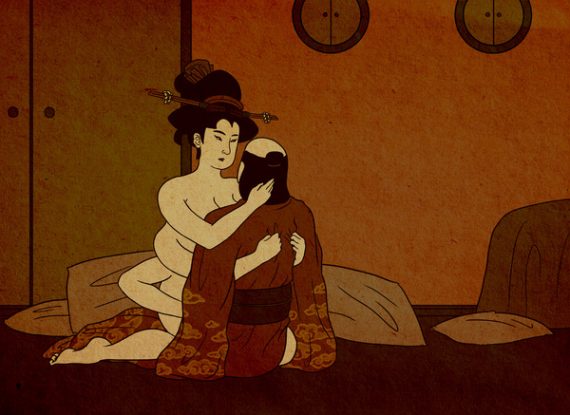 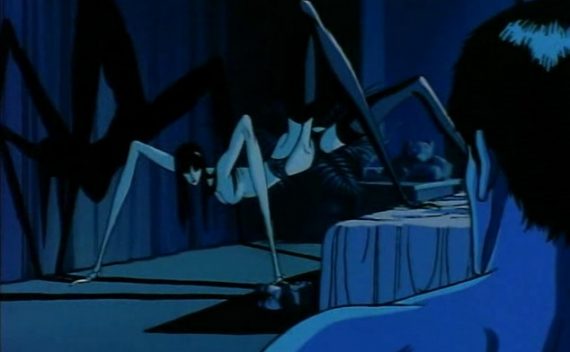 A Bakeneko, or supernatural cat, starts off as a normal feline but gains supernatural powers over time. Cats over 10 years old or 8.25 pounds have the potential to become a bakeneko, as do cats with exceedingly long tails. Bakenekos possess a number of frightening powers, including the ability to fly, talk, walk on their hind legs, spit out fireballs, and even reanimate human corpses. The frightening felines may also acquire a taste for human flesh and can reach five feet in length. 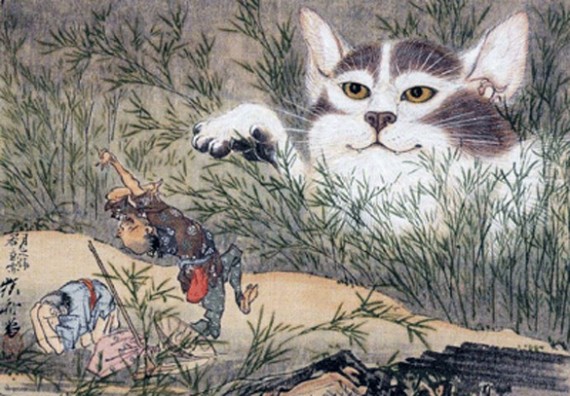 A shirime is a bizarre creature that has an eye in place of an anus. Legend has it a samurai was walking down the street late one night when a man in a kimono asked for a moment of his time. The samurai was startled, but his surprise changed to terror when the man stripped down and bent over to show an eye where his anus should be. A similar creature, the nopperabo, also has eye for an anus, but this monster possesses a smooth, featureless face and is incapable of speech. 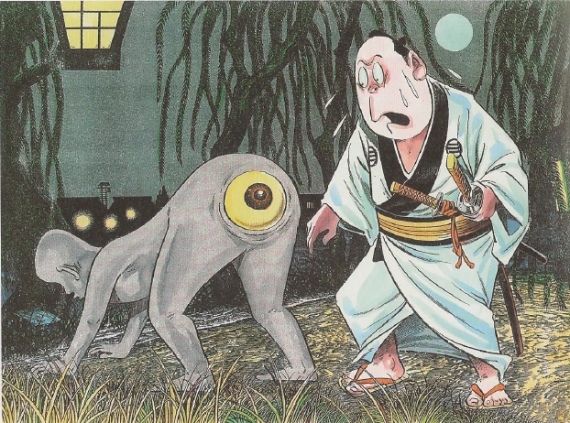 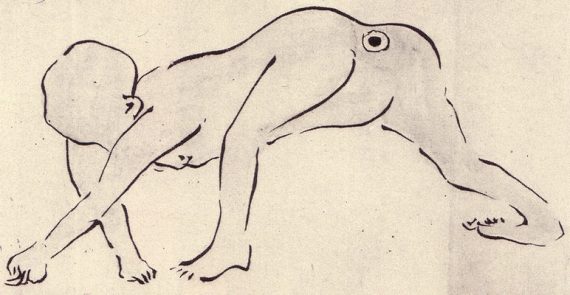 Interested in learning more about Japan’s legendary creatures? Check out this page on Wikipedia, but be prepared to lose several hours of your life.