A Visit by an Angel?

Rescue crews responded to a 4 August 2013 accident when a vehicle driven by Aaron Smith, 26, collided with one driven by college student Katie Lentz, 19, near Center, Missouri. Lentz sat pinned between the steering wheel and seat for 45 minutes and was starting to fade when she asked the rescue crew to pray aloud for her. As they did, a man dressed as a priest entered the scene, and began to pray. "He came up and approached the patient, and offered a prayer," Raymond Reed, fire chief of the nearby township of New London, told KHQA-TV. "It was a Catholic priest who had anointing oil with him. A sense of calmness came over her, and it did us as well."

Rescue workers eventually extricated Lentz from the vehicle, and she was flown to a nearby hospital. When people went to thank the priest, he had not only left the scene, there was no physical evidence he’d ever been there. He didn’t appear in any of the 70-plus photographs taken at the rescue, speculating that an angel had saved Lentz’s life. A week later, Father Patrick Dowling of the Diocese of Jefferson City, Missouri, announced he was the priest at the scene, quashing talk of heavenly intervention. But that’s not to say angelic rescues don’t happen.

Eight-year-old Jesse Murphy was on his way home from a weekend with his father in early 1991 September when his life took a serious turn. “My dad’s girlfriend was taking me back to my mom’s,” Murphy said. “We got on the highway, and I don’t know what happened next.”

The pickup drove down rural J Highway 10 miles west of Fairfax in Northwest Missouri, but as they went by a cemetery, the truck flipped. “Another family worked down the road so there was a kid my age. His mom let him ride with us,” Murphy said. “I was sitting on the outside. I remember the sound. The crunching noise.”

The truck flipped, throwing Murphy into the grass before landing upside down in the ditch, pinning his friend, Shaun, inside the cab. The driver simply got bumps and bruises. She picked herself up and began walking toward the nearest house for help. “I was laying there I kind of came to maybe 30 feet away from where the truck was,” Murphy said. “I remember asking Shaun, ‘are we going to die?’ He said, ‘I don’t know.’ This was after she was already gone.”

“A car pulled up and an older guy got out. White hair, balding, glasses, purple plaid shirt, jeans,” Murphy said. “He got in his trunk and got a blanket. He put the blanket over me and went to see about Shaun.” When the man got to the truck and began to talk with Shaun, the boy calmed. “He was screaming, and he just stopped,” Murphy said. “It was so vivid, twenty years later it’s still really vivid.”

Murphy tried to get up, to walk toward Shaun and this man he felt was a Pastor, but he couldn’t stand. He would later find the crash had broken his femur. “He came back to me and started praying, ‘Please look over him and lay hands on him and help the ambulance get here fast.’ I kind of blacked out, but he was there praying and I heard sirens. It was a fire truck that got there first.” 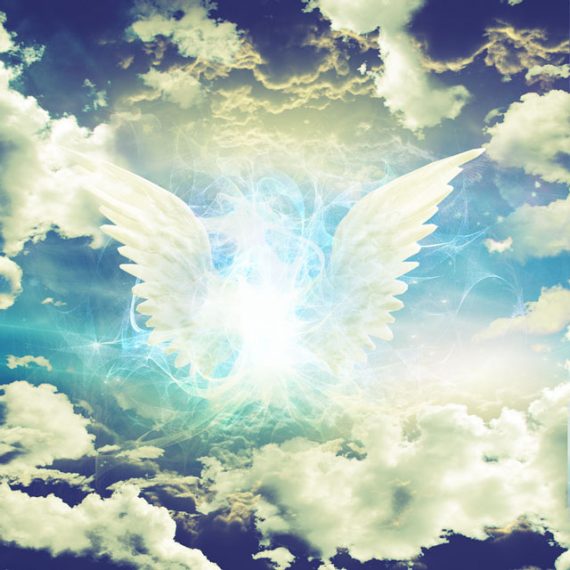 The Pastor stayed with Murphy as the emergency workers used a Hurst tool to free Shaun from the truck. “They cut him out,” Murphy said. “The firemen were working on that and he was still there praying. The ambulance came. The (Pastor) said, ‘in Jesus name I pray.’ He got up and walked away.”

Then the Emergency Medical Technicians began to work on Murphy. “They surrounded me and put me on the stretcher board,” he said. “When they went to put me into the ambulance I said, ‘where’d he go?’”

An EMT looked quizzically at him. “”Who?’” he asked.

No one had seen him. “It’s really weird. I think that there’s the probability he just ducked away and disappeared and they were to busy doing their job,” he said. “But they didn’t even see his car. It was parked on the side of the highway. It was there. The ambulance was there. I could see it. It was just gone when they lifted me up. It’s weird.” 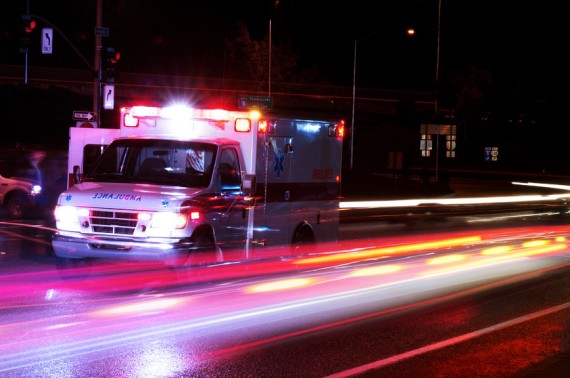 Murphy was flown to a hospital 120 miles away in Omaha, Nebraska. The injuries from the accident caused him to miss his second grade year of school. That’s the last he saw of the Pastor. “The hospital was 10 miles away in Fairfax. He didn’t stop by to visit. A local pastor in a small town would come in to visit,” he said. “There aren’t a whole lot of churches. To this day nobody knows who that pastor was. You think somebody would have recognized him. That’s Pastor Bob from the Methodist Church.”

So who was this man who comforted Murphy and Shaun? “I don’t even know if it was a pastor,” Murphy said. “I’m not going to say he was an angel, but he gave me a lot of peace at that moment. I still have some medical issues because of the broken leg. So it does pop into my head every once in a while, but seeing (the Lentz) story … boom.”

Although Murphy won’t go as far as to call the Pastor an angel, he said he may have been something divine. “I grew up in church. I really think that God works through people in situations like that,” he said. “When people do need help, God works through people. Our human brains try to explain it in the best way we can and try to justify it, and we may not have it exactly right, but we may be on the right track. We may never understand it.”

What Qualifications are Required to be a Cryptozoologist? – Part 2