The official record says Marilyn Monroe died of a barbiturate overdose in the early hours of August 5, 1962, but there is a distinct possibility the Hollywood starlet died on the evening before, on August 4. There is also still speculation it wasn’t a suicide at all. Thus, the incident is tainted by one of those pervasive conspiracy theories that reaches all the way to the office of the  president of the United States. It’s amazing how quickly conspiracy theories spread when a few basic questions don’t have concrete answers. We can blame the amygdala for many such theories.

The amygdala is made up of two almond-sized chunks of brain matter that communicates directly with the prefrontal cortex. It is the part of our brains that lights up like a cigarette smoker after a 6-hour plane ride when we encounter potential danger. It is where we get our fear response, and subsequently, the place where the roots of anxiety disorders get their sustenance. 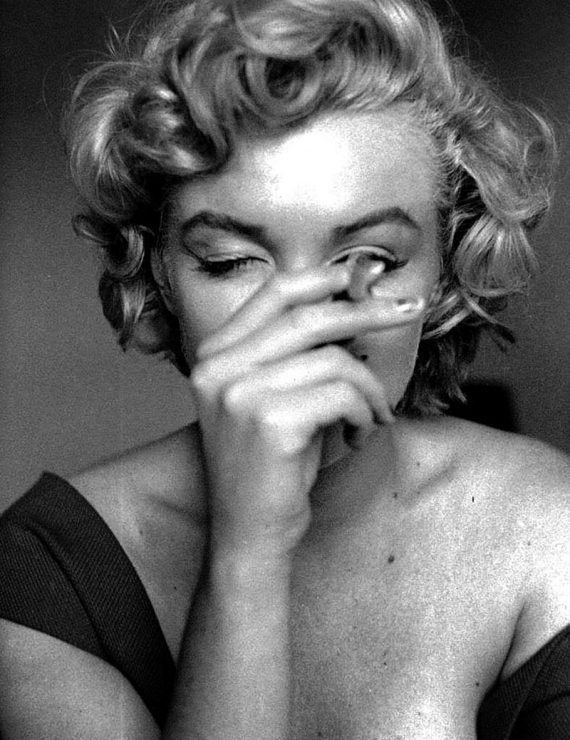 Monroe’s life was tragic from the time she was a little girl. Her father’s identity was a mystery, her mother was mentally unstable and struggled financially. Monroe bounced from foster home to foster home and was reportedly even sexually assaulted at one of those stops.

While she did finally succeed as an actress and become an international sex symbol, she was plagued by her genetics and her past. She went through two high-profile divorces with Joe Dimaggio and Arthur Miller, developed a substance abuse problem resulting in several overdoses, suffered multiple miscarriages, and by the end of her life, was known to be a nightmare to work with on the set.

Legendary filmmaker Billy Wilder, who directed Monroe in Seven Year Itch and Some Like it Hot, said after his second time working with the star, “I have discussed this with my doctor and my psychiatrist and they tell me I'm too old and too rich to go through this again.”

Then there are the rumors of a relationship with President John F. Kennedy, who is alleged to have gone as far as telling Monroe he would leave his wife for her. JFK’s brother, Robert Kennedy, is also alleged to be sexually involved with Monroe. Both men would also meet their own untimely demise. To add more fuel to the conspiracy theory fire, Monroe sang Happy Birthday to President Kennedy, May 19, 1962, just a few months before her death. At the event she was introduced as “the late, Marilyn Monroe.”

And these are just the highlights of Monroe’s eff’d up life.

So when she is found lying face down on her bed dead, with the phone receiver in her hand, it’s easy to see why speculation would run rampant. When you add the unanswered questions and oddities surrounding her death to the equation, it becomes ripe for conspiracy theory.

So Monroe’s death had everything a good conspiracy theory needs to get off the ground. It had a tragic victim, but one the public adored, a connection with a politically powerful family with their own shady pasts, a timeline that didn’t make sense, and a bumbled follow-up investigation.

Sure, it could have been a situation where Monroe’s handlers made bad decisions while trying to manage yet another embarrassing overdose situation to avoid the bad publicity, and then took their time to figure out how to save themselves from being implicated in her death. That could have happened, but with all of the other factors at play the equation of ‘Kennedy^2 + Infidelity = Dead Starlet’ also seems to make sense.

This is where we arrive at the amygdala and our brain’s determination to connect the dots to assess a threat.

Any time there is an entity of great power and wealth involved in a situation, believing that entity used its influence to affect an outcome doesn’t take much stretching of the imagination.

It will happen again.

When power and wealth flexes its muscle, those who lie in their way are often powerless to defend themselves. Powerlessness leads to fear, fear leads to anxiety, and that all stems from the amygdala.

Paul Whalen heads the Whalen Lab at Dartmouth College. The Whalen Lab has made its sole mission to study the amygdala and its connection to emotion and anxiety.

He was recently quoted in New York Times Magazine in regard to the amygdala and conspiracy theories:

Economic recessions, terrorist attacks and natural disasters are massive, looming threats, but we have little power over when they occur or how or what happens afterward. In these moments of powerlessness and uncertainty, a part of the brain called the amygdala kicks into action. Paul Whalen, a scientist at Dartmouth College who studies the amygdala, says it doesn’t exactly do anything on its own. Instead, the amygdala jump-starts the rest of the brain into analytical overdrive — prompting repeated reassessments of information in an attempt to create a coherent and understandable narrative, to understand what just happened, what threats still exist and what should be done now. This may be a useful way to understand how, writ large, the brain’s capacity for generating new narratives after shocking events can contribute to so much paranoia in this country.

When the answer isn’t obvious, our brains go to work trying to figure out what information we need to find it. When that happens, our prefrontal cortex works to calm the amygdala’s response to potential danger and surprise by relying on knowledge we believe to be true.

Our healthy distrust of the government then often becomes a liability in our efforts to find the truth because elaborate scenarios start to take shape as we fill in the blanks to those missing answers.

“Our opinion is the amygdala was built to always consider things are negative, just in case they are,” Whalen said in his 20-minute TED Talk presentation about his studies of the amygdala.

In some ways, conspiracy theories are a defense mechanism, much the same way overweight people insult themselves to beat bullies to the insulting punch. When we construct, or buy into, a conspiracy theory it is just our way of making sure it doesn’t happen to us, because we know elements of those theories sometimes turn out to be correct.

In the case of Marilyn Monroe, an optimistic view is a troubled actress succumbed to her demons and finally went too far. End of story. The details surrounding the investigation were just run-of-the-mill human errors muddying up the documentation of what happened. It has been more than 50 years since she died and there hasn’t been any valid evidence presented proving otherwise.

The pessimistic view can be found in the countless books written about the conspiracy surrounding her death and all of the speculation about the influence of power and wealth that goes with them.

It’s hard to believe it was just another suicide, especially when new claims about her death continue to crop up, but as Whalen said, optimism takes work.

While it is fun to believe Monroe was murdered because of her involvement in a high-powered love triangle, it might be time to be a little more optimistic about a woman who helped usher in a sexual revolution.

With that said, I think I’m going to settle in and watch my favorite Marilyn Monroe film, Niagara, which was just released on blu-ray last week, and just appreciate the work she left behind.