If, like me, you're a big fan of zombie movies, and you hang out now and again with people who are into all-things of a zombie nature, you get to hear some seriously weird shit. From more than a few people who take their zombies very - as in VERY - seriously, I have heard strange tales in the last few months of supposed secret programs to mutate the rabies virus into a weapon that will, in effect, replicate in people the homicidal, cannibalistic tendencies of the dead - whether of the slow and shambling type or of the fast-running variety.

In the 1997 movie, Conspiracy Theory, Mel Gibson’s character – a paranoid cab-driver named Jerry Fletcher, who has been the subject of strange mind-control experiments – states that a good conspiracy theory is one that can never be proved. The very same thing can be said about one of the most controversial of all the zombie-based conspiracies currently in circulation.

It suggests that, right now, classified research, of a highly controversial nature,  is being undertaken to try and create a terrible cocktail. It is claimed to be one based around a mutated version of the rabies virus, one that will, in the near future, be unleashed upon enemy forces and cause them to attack each other in violent, homicidal fashion. They won’t be literally dead, but trying to tell the difference between the real-life infected and those of television and cinema will be no easy task in the slightest. 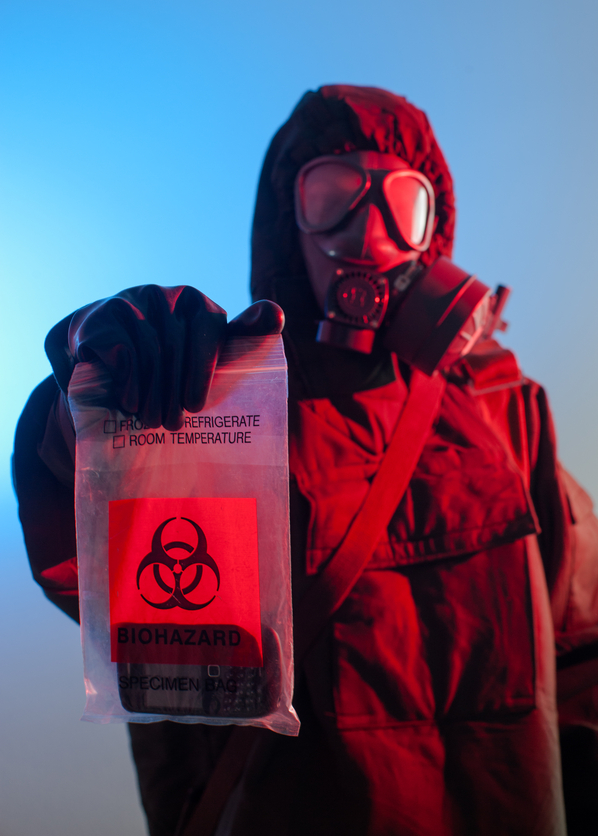 Could it be true? Are dark forces really at work, trying to create a virus that will mimic – as closely as conceivably possible – the effects of a real zombie apocalypse? If so, who are the perpetrators? In true, tried and tested conspiratorial fashion, vague references to "them" and "they" are all that we get from those slightly (and occasionally significantly) unusual characters who are absolutely chomping at the bit to see a real zombie apocalypse erupt all around us.

Well, I'm sorry (no, actually I'm not), but references to "them" and "they" are simply not good enough for me. If something like a 28 Days Later-style "rage virus" is about to break out all around us, then I want to see far more than mere vague references. I want hard facts.

Unfortunately, within the realms of those who think that TV's finest show The Walking Dead is actually non-fiction, there aren't any facts. Instead, there are Internet rumors. But, let's give them the benefit of the doubt and see what is being said by those who just can't wait to excitedly scream: "Shoot him in the head!"

Certainly, rabies radically transforms the character and actions of an infected individual to a radical degree. Its name is highly apt, too: it is a Latin term meaning nothing less than “madness.” Rabies spreads from animal to animal, via bites that penetrate the skin, and provokes inflammation in the brain, as Ozzy Osbourne almost learned to his cost when he very unwisely bit the head off a bat at a Des Moines, Iowa gig in 1982.

Left untreated, disturbing characteristics develop anywhere from weeks to months after infection, including violent outbursts, manic behavior, aggression, and a fear of water. Death usually occurs within 48-hours to two weeks after the first symptoms surface. Despite the assumption that rabies is on the way out, this is far from the case. Tens of thousands of people still die from this terrible condition every year, chiefly in Africa and Asia.

Disturbingly, most animals on the planet can fall victim to infection, too. Fortunately, vaccinations and care have kept levels of rabies to a minimum in the Western world. Indeed, between 1996 and 2013, there were only 45 cases of human infection in the whole United States. All of the victims had been bitten overseas, prior to their return to the U.S.

Rumors among conspiracy theorists suggest that a rage-instilling, highly infectious, airborne version of rabies is, right now, being developed. It will not quickly kill the infected individuals, however. Instead, their lives will be prolonged, albeit in violent, murderous, rage-filled states. That might seem like an ideal weapon to release on enemy troops, and then sit back and watch as they tear each other to pieces.

But what happens when the wind blows hard and weaponized, airborne rabies - mutated into something even more nightmarish – begins to spread far and wide, and outside of the confines of the battlefield? Will we be faced with a veritable army of rabid, infected killers, indiscriminately murdering and infecting everyone that crosses their paths? 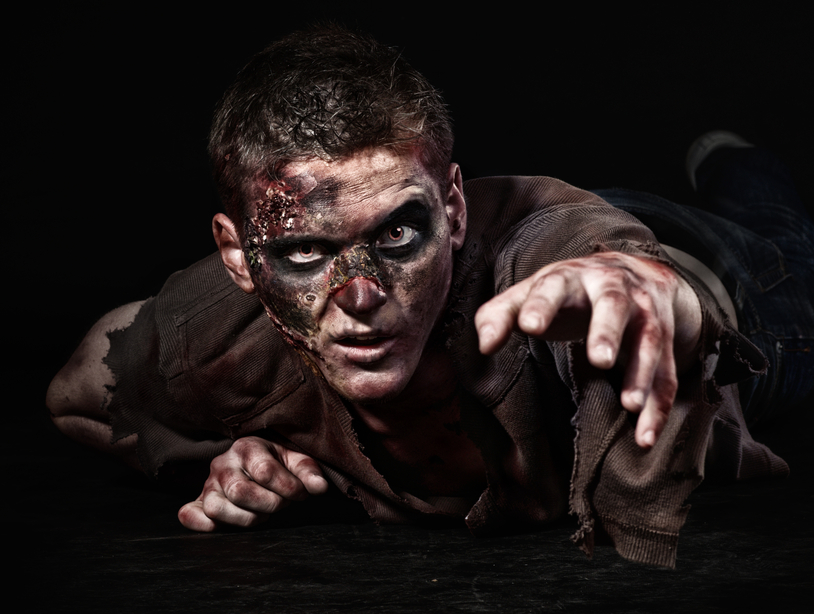 Of course, and as the aforementioned Jerry Fletcher pointed out, a good conspiracy theory such as this one can never be proved. But that won't stop the rants and ravings of those earnest souls who just know (0r who secretly hope) that the rumors are true and the rise of the (slightly) undead is looming just around the corner.

Me? I won't be losing any sleep over all this (or even over any of it) until the infected are breaking down my front-door. In other words, until it happens, for me it will be a case of "Yawn of the Dead." But  if rage-filled millions (or even billions) do go on the rampage, I will - as the saying goes - eat my hat.

Presumably, if I too become infected I'll need to ensure the hat is coated in a significant amount of human blood - you know, just to make sure it goes down nicely while I'm charging around the streets of some ruined city like Hannibal Lecter on Crack.