Does It Really All Rest On Roswell? No!

Over the past few days I have had a couple of online debates with friends and colleagues in Ufology on the matter of the merits (or lack of) of the notorious, New Mexico-based events of July 1947. I'm talking, of course, about Roswell. One of the issues that  surfaced was: what does the Roswell affair mean to the field of Ufology and to those that dig into, observe, or ponder upon the matter? Well, I'll tell you: for many saucer-loving souls, Roswell means absolutely everything.

I understand why that is, even if I don't agree with the approach. After all, the official line on what happened (or on what didn't happen) has changed more times than my socks. First it was a flying disc, then it was a weather balloon, and now it's a Mogul balloon.

Once there were no bodies, said officialdom, but  now, lo and behold, there are crash-test dummies. On top of that, there's a lot of circumstantial data (but, certainly no proof) suggesting that corpses or body-parts - alien, human, animal or something else of a weirdly Fortean nature, such as Mac Tonnies' cryptoterrestrials - were found at the scene.

Add to that, death-bed confessions, the controversial words of old-timers wanting to clear the decks before they die, tales of witnesses being silenced, files going missing, and stories of cryogenically-preserved corpses and secret studies of alien debris, and you have very good reasons why Roswell is considered to be the ufological equivalent of an A-list actor. But, the problem is that Ufology's very own "A" has eclipsed most of the other "A's" of the field. And, make no mistake, there are actually far more than plenty of them. 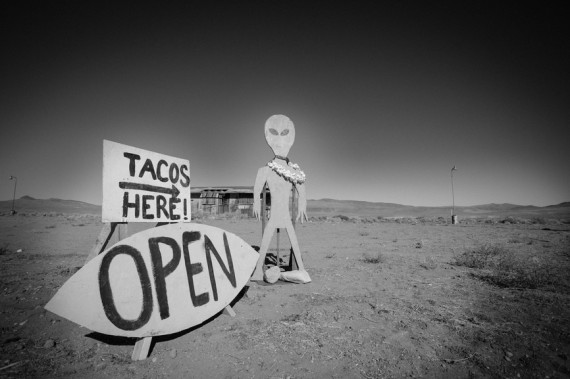 For those who do believe that E.T. is a truly crap pilot and really did slammed into the ground on the Foster Ranch, Lincoln County, New Mexico all those years ago, I don't mind them, or blame them, for championing the matter. After all, most UFO cases are very much of a near-ghostly "here one minute and gone the next" nature.

Roswell, if it occurred in the fashion that many believe it did, offers the hope that somewhere, deeply buried in the official world,  there is hard, solid evidence of UFO/extraterrestrial reality.  And I understand, too, why that hope makes researchers think the physical evidence of Roswell will one day surface, if they keep on pushing.

But, I see - from my perspective, at least - a new situation developing. Today, the classic cases of yesteryear are long-gone. After all, when did you last hear of a report of small, uniformed aliens leaping out of a shiny silver saucer and grabbing a few "soil samples"? When did you last see a story of a UFO landing and then leaving behind undeniable tripod-landing-marks? Even those pesky Grays seem to have significantly cut back on the "alien abduction" front. 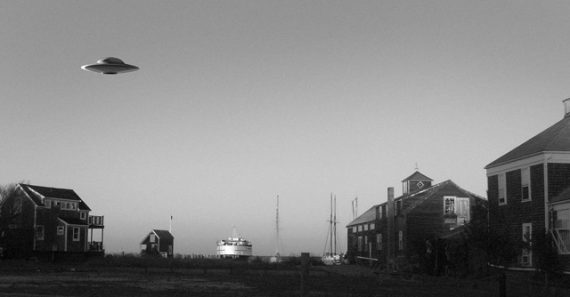 The result is that Ufology - as both a subject and as a body of individuals - is facing a situation where the days of yore are being rapidly replaced by the days of yawn. I detect distinct signs of a growing crisis (particularly so among the old-guard), borne out of the fact that today, to put it bluntly, not much is going on that's worth talking about. Lights in the sky? So the fxxx what? Crop Circles? So the fxxx what? They're made by people and they are dwindling in numbers, too. I could go on and on, but suffice to say, today's UFO encounters  largely amount, once again, to those four words: so the fxxx what?

Thus, with the current trend of close encounters of the ever-shrinking variety, certain ufologists simply cannot move forward - because, well, there's not much on the horizon that they perceive as worth seeing. So, those same certain ufologists take the other option: they keep their feet, their theories, and their brains, firmly in the past. Bless 'em.

And while there's nothing, at all, wrong with looking at old cases, it is a problem when the focus becomes obsessive and is more and more on just Roswell and at the expense of certain other cases that - while they may not contain tales of dead aliens, strange memory metal, and secret autopsies of  extraterrestrials - could be used to make an equally strong case that we are being visited (or have been visited) by something from somewhere. 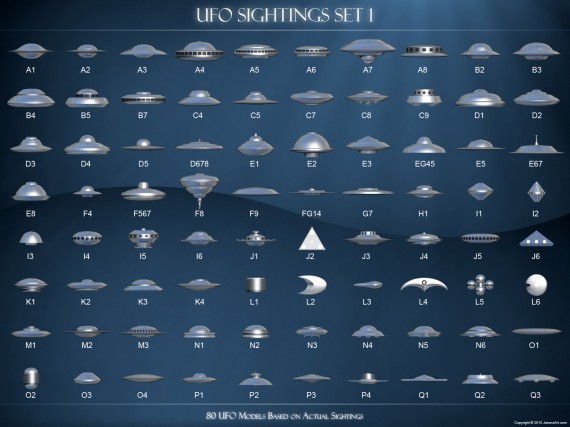 Take, for example, the Topcliffe case from England, September 1952. Here is a case involving a gleaming, saucer-shaped craft seen over a British military base, by highly-trained observers, which dropped from 15,000 to 500 feet, before streaking away at high speed. Then there's the alien-aircraft "dogfight" in the skies of Iran in 1976 - an event that resulted in the disabling of the aircraft's weapon-system.  Or how about the Belgian "Flying Triangle" wave of 1989/1990? And that's just the tip of the matter.

In their own unique ways, these cases - and many others - are equally as important as Roswell, albeit from very different perspectives. Today, Ufology is far less about  finding out the truth by addressing current cases and far more about finding answers in the 1940s and the 1950s. With that in mind, I say let's not allow that ever-growing, ever-mutating, ever-attracting, giant, Cthulhu-esque beast known as Roswell to prevent us from remembering that the very same era that spawned the controversial crash also gave rise to countless other cases.

Focusing near-exclusively on one saucer-themed event, to make a case for UFO reality, is not the worst thing a ufologist can do, but it's pretty damn close and pretty damn stupid, too - particularly so if that same case is, one day, shown not to have been a UFO event, after all. So, in finality, I say this to certain ufologists: If you have to stay in the past, then at least broaden your bloody horizons, and stop just waving a big, old flag displaying an equally large capital "R".