The UFO phenomenon is a broad subject, dealing with a variety of intricate elements and complexities. For some, the study of UFOs requires one to acknowledge the possibility that alien beings have been visiting Earth, or even that some members of the populace are being abducted by such alleged visitors. In other instances, UFOs are of interest to us because of the cultural impact they have had on not just popular media, but even religious institutions, or academic fields such as psychotherapy.

But perhaps one of the more unique aspects of the UFO enigma is the way that this phenomenon has appeared to be not only a few steps ahead of us, but perhaps many great strides in the distance beyond our known and accepted technology, for at least several decades. With this in mind, what are arguably some of the more compelling cases in the ongoing catalogue of UFO reports collected over the years stem from the early days of ufology, at a time where information and individuals seemed to operate with a degree of transparency we don't see as much today.

A famous incident that occurred in 1945 took place near a nuclear power plant which was being operated secretly at Hanover, Washington, toward the end of the Second World War. A pilot named Roland D. Powell had been stationed at a U.S. Naval Air Station at nearby Pasco, Washington, and was one of six pilots who had been scrambled in July of 1945 after radar detected an object moving toward the nuclear plant. The craft had been observed by Powell and his company hovering over the facility at an altitude of approximately 65,000 feet, a feat which known aircraft at the time could not have managed. 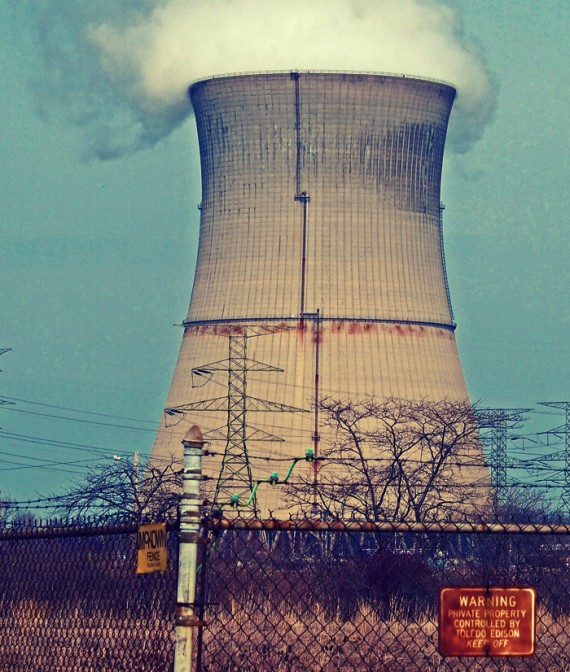 The object Powell and the others observed appeared to be large, oval shaped, metallic, and giving off a pinkish hue. The object, which was approximately three times larger than an aircraft carrier, remained in the sky for close to 20 minutes as the pilots attempted to fly high enough to observe it more closely, and eventually the object, whatever it had been, vanished by ascending straight upward at a high rate of speed.

Military and aerospace historian Michael Schratt, writing about the incident in the January 2012 edition of OpenMinds Magazine, recounted another peculiar element to the object: the fact that it may have employed a crude sort of "cloaking" mechanism: Powell and the other pilots reported seeing vapors of some kind being emitted from the edges of the craft, which Schratt notes had seemed to be used for purposes of concealment.

This observation alone seems odd, if Powell and the others had indeed correctly determined the purpose of the "vapors" seen emanating from the sides of the object. After all, this would seem to be a rather clumsy mechanism for concealment of a craft which otherwise appeared to be capable of highly advanced maneuverability, exceeding even what known aircraft today can achieve. Perhaps the vapors were actually exhaust, or could be explained by some other alternative function of the craft, though little can be derived merely from the scant descriptions afforded us by Powell and his fellow pilots. Remaining remarkably similar to UFO reports that would continue for decades to come, the Hanford UFO of 1945, while one of the earliest encounters of its kind, leaves us asking more questions, rather than drawing any real conclusions.

At its simplest, the UFO enigma seems to represent a form of technological phenomena, observed most often in the skies above us, which exceeds the capabilities of technologies that are known to exist today. This sort of information would indeed be tantalizing for someone today, since the apparent technologies in use that are of known earthly origin are already capable of fascinating things. We have achieved spaceflight, and have probed the depths of the ocean as well as the frontiers of beyond our own atmosphere. Anything that exceeds our best and most formidable technologies would have to employ an impressive amount of technological mastery, and behind it, an intelligence that challenge our very limits of thought and imagination. 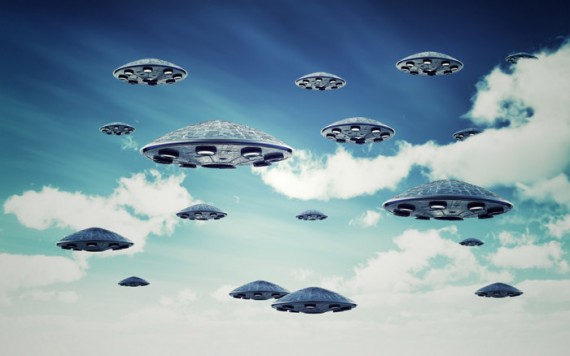 During and shortly after World War II, the proverbial floodgates seemed to open on the UFO problem. Although the skies may have been riddled with extraordinary objects for much longer, most UFO historians will acknowledge that this period beginning in the middle 1940s was the time during which not only the UFO presence became most apparent, but we also began to utilize technologies capable of observing them better.

The reports which began to emanate from the middle 1940s, as with the case discussed above, not only document credible witness testimony regarding the observation of highly advanced objects seen in flight, but they also tend to be among the better documented cases in general. To an extent, this becomes nearly paradoxical: with the prevalence of UFO sightings occurring at the time, we are treated both to a wide variety of credible reports, as well as to a kind of openness and transparency by the officials and pilot witnesses, as well as military organizations involved in the cases, that we don't seem to have today.

I often wonder whether we simply don't have the kind of UFO sightings that were hot topics between the late 40s and early 50s, or if those kinds of sightings might indeed still be commonplace, but are kept quiet for security reasons that were less obvious in the early days of modern UFO encounters. Whatever the case, these early reports often detail incredible aspects of the phenomenon, reported by reputable witnesses which, today, we don't seem to have the same regular access to.

From MIB to ABC