I recently had an interesting debate with a fellow researcher of the UFO phenomenon, on the topic of that one particular type of UFO that has become known as the "Flying Triangle." When the conversation got going, it didn't take long before I was assured that (in words broadly like the following): "They're just military aircraft, and still classified. But one day they will be unveiled for us all to see - just like what happened with the Stealth fighter and the Stealth bomber."

Frankly, I get tired of people assuming - often without doing any deep research - that the FTs are domestic in origin. The reason why they reach that conclusion is actually very simple. There seems to be an assumption on the part of many in Ufology that the Triangles are phenomena that have only been seen since the 1980s onwards. Or, at the very earliest, the late 70s. Now, if that was the case, then yes, of course, an argument could be made that these craft are (a) ours; (b) still-classified; and (c) far in advance of the aforementioned Stealth aircraft.

Unfortunately for those who prefer to see the Flying Triangles as vehicles of the military and nothing else, there is a major problem: reports of craft identical to those seen today date back more than sixty years. The issue here is that the "Flying Triangles are ours and ours alone" meme is one that has been fully embraced by lazy souls who simply will not look at the bigger, historical picture. If they did, their views might change - and change significantly, too.

Plus, the fact that reports have been filed for so long begs an important question: if we were building and flying the FTs 60 years ago, and still are, why not simply say so? Both the Lockheed U-2 and the SR-71 Blackbird (particularly during development stage) were subject to deep secrecy. But, the day finally came when they were officially and publicly acknowledged. Same for the Stealth aircraft. So, given that FT reports significantly pre-date all of these aircraft, if the Triangles were and are ours, what's the problem in admitting it? 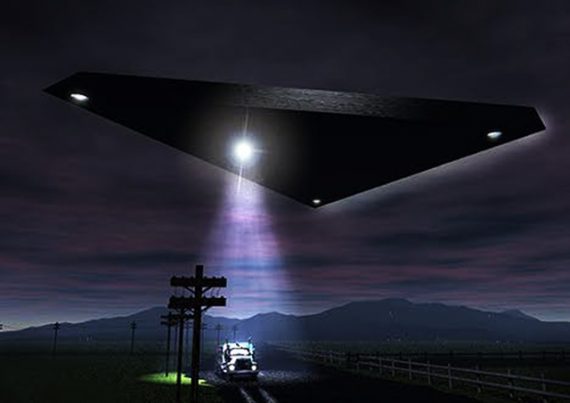 So, you may well ask, where is the evidence that the FTs have been around for more than half a century, and not just since the 1980s? Well, it's all around us, that's where! Digging and searching soon identifies it. And there's mountains of that same evidence, too.

Let's head back to April 1949.  On the 22nd of that month, a UFO was seen at Vicksburg, Mississippi that was flying at a significant speed and that was distinctly triangular in shape. Indeed, in the official U.S. Air Force file on the affair - which is housed at the National Archives in Maryland - the object is actually described in the official report (by Special Agent Bernard A. Price) as a "flying triangle"!

In September 1952, what was described as a fast-moving, large, "blue-green triangle" was seen by military personnel engaged in a NATO exercise called "Mainbrace." On top of that, the entire exercise was dominated by UFO activity. Eight years later to the very month -  September 1960 - the sighting of what was termed "a triangular formation of lights with a red light in the center" was reported to the British Ministry of Defense, whose files on the matter are now in the public domain. The description will be instantly familiar to those acquainted with the FT puzzle.

But the one case that - for me, anyway - really stands out is that of a man named Jeffrey Brown. Late one night in March 1965, Brown was driving home across the dark and desolate moors of Yorkshire, England, when he encountered something incredible. It was not just one Flying Triangle, but an entire squadron of them. And here's the most important thing: the FTs were described as being large in size (at least 100-feet from tip to tip) and illuminated from below. They emitted a deep humming noise, and had rounded - rather than strictly angular - corners. 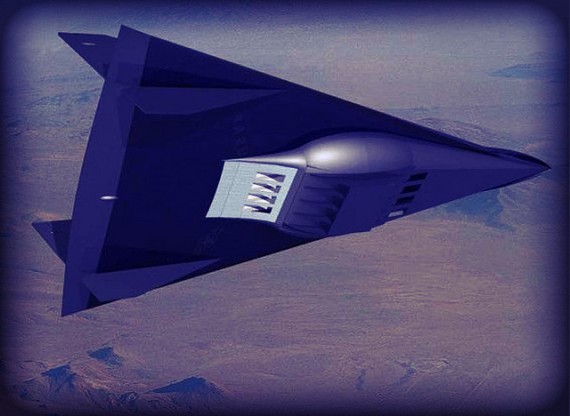 Like it or like it not, every aspect of Jeffrey Brown's FT encounter fits perfectly with what people have reported since the 1980s: the size, the humming, the rounded corners, the illumination. Given that I interviewed Brown in 1996, the skeptics might say something like: "How do you know that Brown didn't make it all up in the 1990s?" Well, there is a very good answer to that tiresome and predictable question.

After Brown's encounter was over, he reported the details to the British Ministry of Defense. Several pages of documentation were created as a result of the encounter, and the whole thing was left as unexplained. In 1996, however, and under the terms of the British Government's "Thirty Year Ruling," Brown's report was declassified and made available for inspection at the National Archives, Surrey, England.

It was while going through a 300-page file of reports at the Archives - all from 1965 - that I found the MoD's papers on Brown's encounter. So, here's the most important part of all: the affair is not reliant on the account related to me by Brown in 1996. Rather, we can prove that he reported his encounter to British authorities, no less than 48 years ago. On top of that, the Ministry of Defense records in question specifically detail  and describe all of the key issues that Brown cited in my interview with him, in terms of the physical descriptions of the FTs.

There's no doubt in my mind that the Flying Triangles are 100 percent real. But, the simplistic stance of "they're just secret aircraft" utterly falls apart when we start to dig deep...