Few directors have the power to divide opinion quite as sharply as David Lynch. Thanks to movies like 'Eraserhead', 'Blue Velvet', 'Inland Empire', and 'Wild At Heart' as well as the cult classic TV series 'Twin Peaks', Lynch's name itself has become a byword for the strange and bizarre, with others who create work in a similar vein being frequently referred to as 'Lynchian'. 1997's 'Lost Highway' seems to represent the point at which Lynch gave up making concessions to the mainstream and allowed his imagination free reign. The resulting film, while perhaps his most alienating, unusual and controversial up until that point, also remains one of his very best.

Perhaps the bold direction of 'Lost Highway' was partially influenced by the icy critical and commercial reception of Lynch's previous feature project 'Twin Peaks: Fire Walk With Me', a spin-off from the show that aimed to answer fan's questions about the last days of murdered teenager Laura Palmer, while also deepening some of the more supernatural mysteries surrounding her. Early showings of 'Fire Walk With Me' apparently resulted in booing, jeering and walkouts, though in recent years the film's reputation has steadily grown to the point that many now consider it to be Lynch's definitive masterpiece. 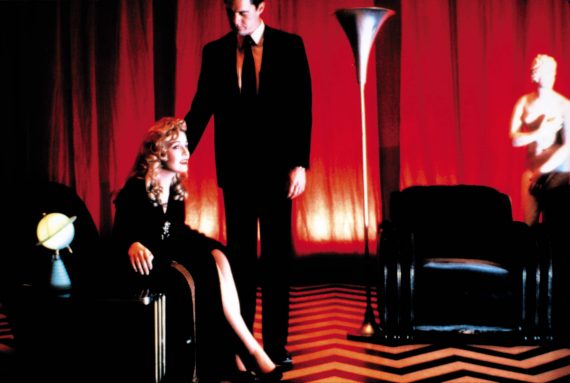 Nevertheless, at the time the director was dissatisfied for numerous reasons. Kyle McLachlan, who's Agent Cooper was intended to be central to the movie's plot, refused to appear for more than a few shots, fearing that he would be typecast in the role. Lynch also had to edit and remove dozens of scenes to get the picture down to a manageable length (and to this day fan petitions exist aiming to get the lost scenes released on DVD). Whether they were made to appease the studio, cast, prospective audience or Lynch himself, when the finished film was released and immediately considered to be a critical and financial disaster, it was clear that any concessions had been fruitless.
'Lost Highway' on the other hand seems entirely like David Lynch running on instincts. Brave, bold, disorienting and uncompromising, its mobius-strip like structure is an experiment that largely paid off. Co-written by author Barry Gifford, who's novel 'Wild At Heart' had previously been adapted by Lynch, the story begins with Fred Madison (Bill Pullman), a Los Angeles based saxophonist, receiving a message via his home's intercom informing him that 'Dick Laurent is dead'. 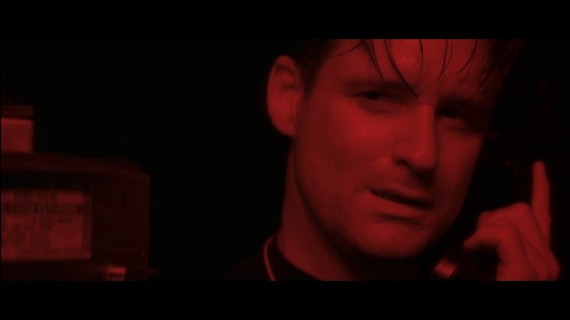 The following morning Fred and his wife Renee (Patricia Arquette) receive a strange package containing video footage of the outside of their house. As the days pass, more tapes arrive with the unknown cameraman seemingly getting closer and closer to the Madison's, eventually filming them sleeping inside their home. Police are called in but are of little help.

At a party held by one of Renee's friends, Fred has a chilling conversation with a Mystery Man (Robert Blake) who informs him that they've "met before - at your house" and that he is in fact "there right now". Dismissing the idea as crazy, Fred is handed a phone and told to call his home number. The Mystery Man answers. Confused and shaken, Fred walks away to ask the party host who the man is. He is told "a friend of Dick Laurent".

The next day Fred awakens to find that another video tape has arrived which, to his horror,  contains images of him killing Renee. Fred is subsequently arrested and sentenced to death, his fate seemingly sealed until one day baffled guards discover that Fred is no longer in his cell and has been inexplicably replaced by a young mechanic, Pete Dayton (Balthazar Getty), and the second half of the story begins.

Like most of Lynch's films, 'Lost Highway' is brilliantly cast. Robert Blake's Mystery Man is an indelible image in its own right (though of course subsequent events in Blake's life have an eerie resonance). Coincidentally, as well as being Blake's final movie, the film represents the last big-screen appearances of Richard Pryor and 'Eraserhead''s Jack Nance. Curiously, Marilyn Manson and his one-time bandmate Twiggy Ramirez also feature briefly in an apparent snuff film made by Dick Laurent. The soundtrack is also noteworthy, featuring David Bowie, Smashing Pumpkins, Rammstein, Nine Inch Nails and This Mortal Coil.

As with most great mysteries, 'Lost Highway' is very much open to interpretation. It's clear that Fred Madison suffers from some sort of dissociative personality disorder - referred to by Lynch as a 'psychogenic fugue', whereby a person who has suffered a traumatic event or performed actions that they cannot come to terms with creates an entire alternate personality and life for themselves as a form of coping mechanism. Though what of the Mystery Man and Dick Laurent? Are all of these fabrications of Fred's mind or is he genuinely the target of some sort of sinister campaign?

Perhaps the Mystery Man, seemingly supernatural in nature, is the catalyst by which Fred's transformation into Pete becomes physical as well as mental causing others to see him in his new form, or perhaps the entire second half - it's characters, plotlines and events are part of the same fever dream taking place in Fred's shattered psyche. Lynch would go on to further explore split personalities and the blurred line between reality and perspective in the well-received 'Mulholland Drive'. 'Lost Highway' however, suffered a similar reception to 'Fire Walk With Me' and likewise has eventually grown to be considered a cult classic. As Bowie sings in the movie's main theme song, its 'funny how secrets travel', and while we may be left with more questions than answers, 'Lost Highway' is a breathless, deranged and absorbing ride.