Within the controversial field of UFO research there are surely very few things more menacing than the sinister Men in Black. In the highly successful trilogy of MIB movies, starring Will Smith and Tommy Lee Jones, the dark-suited ones are portrayed as the secret agents of an equally secret government agency that is doing all that it can to keep the lid solidly on the alien presence on Earth.

The Men in Black were not created by, or for, Hollywood, however. Indeed, the MIB movies were based upon a comic-book series of the same name, which, in turn, was inspired by genuine encounters with these macabre characters dating back to the latter part of the 1940s.

The real Men in Black are very different to their movie counterparts, however. They are far less like government agents, and far more like definitive zombies –  in terms of both their appearances and their actions. In other words, the image that Smith and Jones portray on-screen is just about as far as you can get from the much darker, gruesome reality of the situation. 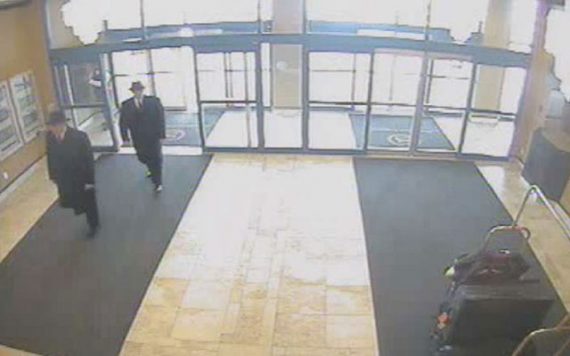 Despite what many might think or assume, the real MIB do not chiefly force their way into the homes of witnesses to UFO activity. Most of those that have encountered the MIB note a very curious fact: when the Men in Black make their calls on those who have seen or who investigate UFOs – calls that usually occur late at night, and long after the sun has set – they loudly knock on the door. Then, when the door is duly opened by the owner, who usually reacts with a mixture of fear and astonishment, they patiently wait to be invited in.

Very few people need to be told that this action of not entering a person’s home until specifically invited uneasily parallels the lore surrounding yet another undead monster that feeds upon the living: the grotesque, bloodsucking vampire.

Then there is the matter of the attire of the MIB. They curiously wear the typical black suits and fedora-style hats that were chiefly in vogue in the 1940s and 1950s. But it’s their unsettling physical appearance that matters most of all. They seldom exceed five-feet, five-inches in height, they are very often thin to the point of near-emaciation, and their skin is described as being not just white, but milk-white and very sickly. 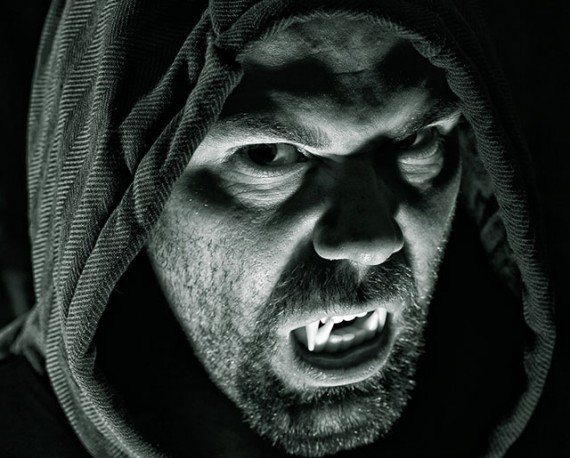 As for those suits, they’re not the cool, chic, expensive types worn by the likes of agents J and K in the films. Rather, they are sometimes described as being crumpled, creased and badly-fitting. Interestingly, I have three cases on file - two from the US and one from the UK, and all three from the 1960s - where the MIB projected a distinct and distasteful odor described as being musty and dirt-like, something which provoked one of the witnesses to ponder on the possibility that the MIB had been underground for a significant period of time, possibly even in nothing less than...a grave.

Rather notably, and very closely echoing the data immediately above, the late John Keel – the author of the acclaimed book, The Mothman Prophecies – called this particular breed of MIB “the cadavers.” Keel said, and I quote him word for word:

“These are people who look like they’ve been dead a long time. Their clothes hang on them; their flesh is pasty white and they look like maybe somebody’s dug them up from a cemetery. This cadaverous type has turned up in strange places: England and Sweden.  I saw one in the early ‘60’s. They’re very elusive when you approach them, and hurry away. And they do have a habit of turning up in UFO areas and following UFO investigators around.”

We should not, of course, consider the Men in Black to be literal shambling or fast-running zombies of the cinematic variety -  in the sense of them trying to violently and physically devour us, after becoming infected with a mysterious virus. But, the fact is that some witnesses to the MIB have developed deep and disturbing suspicions that their mysterious visitors in black were feeding psychically on their bodily energy, leaving them feeling weak, nauseated, dizzy, and not unlike a diabetic in full-on crashing mode.

Are hostile space zombies in our very midst? And, if so, are they bleeding us dry - so to speak - and living and thriving on our life-forces? Don’t bet against it, and particularly so if, late one night, you hear a loud, slow and deliberate knocking on your door.

The outcome of such a visit may not quite be so savagely akin to encountering the reanimated dead of George Romero's Night of the Living Dead; of the 1964 movie, The Last Man on Earth; or of  my favorite TV show, The Walking Dead. In a roundabout and highly alternative fashion, however, it might not be that far off either...