Reflections on Mirrors, Ghosts, and Souls

I sometimes get frightened when I look into the mirror. I see a figure with sunken eyes, puffy cheeks, unkempt hair, and big, protruding teeth. Then I realize, “Aarrgh! That’s me… I need to get back to that exercise regimen.” For others the fright runs deeper. When they peer into the mirror the fear seeing ghosts, demons, or something strange sneaking up behind them. Mirrors seem to pop up in ghost stories almost as frequently as, “It was a dark, stormy night,” but why?

This question came to me this week while watching a Hong Kong, action/horror/comedy film from 1980, Close Encounters of the Spooky Kind, starring Sammo Hung. In the film, Hung’s character, Bold Cheung, is challenged to stay in a haunted house, stand in front of a mirror, and peel an apple without breaking the skin. If he failed to peel the apple into one long, continuous strand of apple skin, he risked being attacked by a ghost who will emerge from the mirror. 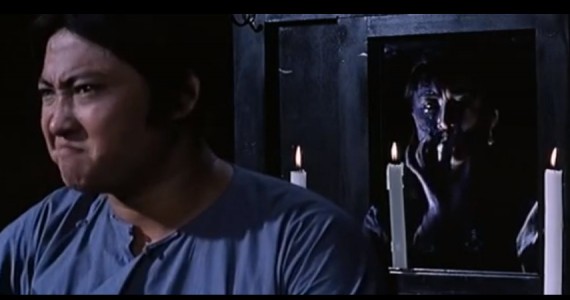 He fails to do it correctly due to the interference of his friends, and shortly thereafter creepy hands reach out of the mirror to snatch one of Bold Cheung’s practical joker buddies. Then it focuses on Bold Cheung, but he was able to fight it off by chopping off one of the hands and pinning it to the floor with is knife. He then breaks the mirror and the entire house caves in. 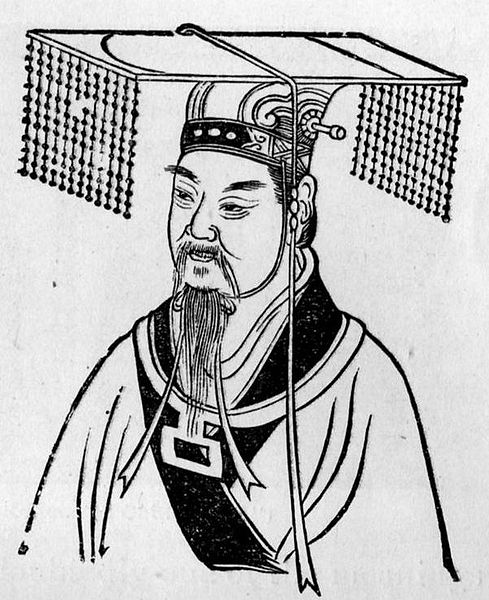 Ancient Chinese myth features a very specific view of mirrors known as the fauna of mirrors, wherein behind every mirror is an alternate universe full of creatures not of this realm. Mirrors were open portals at one time, allowing beings from both sides to crossover freely, but this ability was halted by a magic spell cast by Yellow Emperor Huangdi. The spell trapped the fauna on Earth and stripped them of their powers.

In other cultures mirrors are thought to have the power to capture and trap souls. In Serbo-Croatian cultures mirrors were often buried with the dead to trap the deceased soul to prevent it from wandering the Earth. Similar customs were also practiced in Bulgaria. Some cultures reportedly even cover mirrors during sleep or illness to prevent souls from becoming trapped in them if it would leave the body and roam.

Not surprisingly with the mirror’s reputation as being a soul stealer, the soulless vampire is often reported to not have a reflection in one.

When mirrors with trapped souls move to new homes, they are often blamed as the origin of hauntings. For example, this story about a couple of Londoners who picked a mirror out of the trash and moved it into their flat. They both then began to experience odd pains, depression, and one even reported awakening with deep scratches on his body. Rather than throw the mirror out, the pair opted to list the haunted mirror on eBay. You can still read the description for the auction online. Was this story a sales tactic? Maybe, but it is similar to hundreds of other haunted mirror stories.

It is also impossible to write a story about ghosts and mirrors without bringing up Bloody Mary, so consider this sentence to be the obligatory mention. Now, moving on… 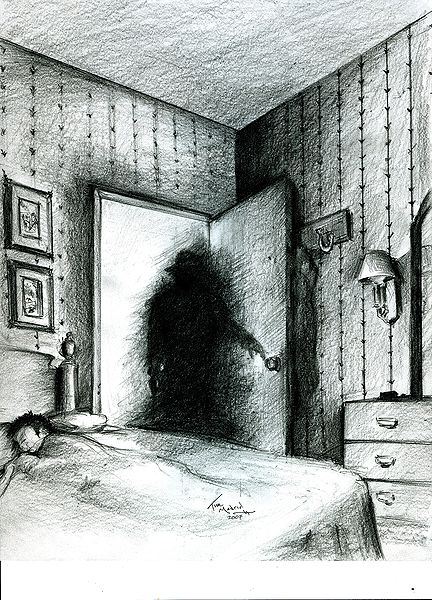 Among the frequent ghostly mirror encounters are shadow people. Shadow people are those dark masses, often humanoid shaped, seemingly made up of a dense static material. Unlike traditional ghosts, light doesn’t even pass through their dense makeup. For that reason, some don’t even classify them as true ghosts because of these unique characteristics. Many stories involving shadow people also begin with a sighting in a mirror.

Mirrors are even used in divination. Catoptromancy and enoptromancy are practices in which mirrors are used to capture the reflection of the moon for the purposes of seeing the future. In cataptromancy, writing would appear in blood on the reflection of the moon. Ancient Greek texts even refer to practices similar this, in which a mirror tied to a string would be hung adjacent to a basin of water while the practitioner prayed to a particular god before gazing into the rig for answers.

If nothing else, the long history of mirror stories might account for its continued presence in modern ghost sightings and stories. As long as there have been mirrors, there have been weird tales about them. It makes one wonder if humanity isn’t much better than the cat who sees his reflection in a mirror for the first time and sniffs at it before swatting it with its claws.
When we look into a mirror we see a reflection of something we don’t normally see. We see our hands, feet, belly, and other parts all the time, but the only time we really get to see our own faces, the part of us most often stared at by everyone else, is in the mirror. 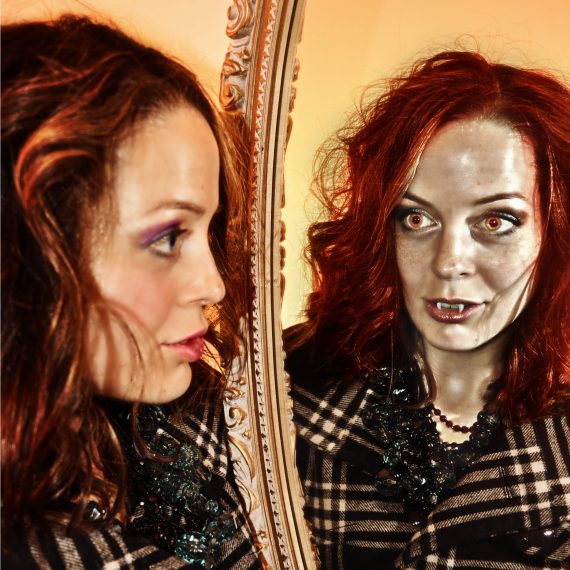 As I said earlier, seeing oneself isn’t always a pleasant experience for everyone. For those with low self esteem, depression, anxiety, or other psychological disorders, seeing a reflection in the mirror evokes a strong emotional response. Even for the well-rounded person, peering into the mirror while trying to get that one clump of wild hair to lay properly can become an exercise in frustration.

So could it be our emotional responses to mirrors that have made them such a common theme in ghost stories, or are mirrors actually a portal to another world with a penchant for soul snatching?

I’m leaning toward it being due to a long history of stories stemming from our response to seeing ourselves, but then again, the only shocking experience I’ve had in front of a mirror is seeing myself after a long bender.
What do you think? Have you had a haunted mirror experience?