Before his death in late 2009, Mac Tonnies was digging deep into the strange and enigmatic world of what he termed the cryptoterrestrials. Mac's theory was that, perhaps, the intelligences behind the UFO phenomenon were not extraterrestrial or inter-dimensional, as many assume or believe them to be, after all. Rather, Mac was following the idea that the so-called "Grays" and many of the other bizarre humanoid creatures seen and presumed to have alien origins, were from right here, on Earth.

Mac offered the theory (and he was very careful to admit it was just a theory) that his aliens of the terrestrial variety are, actually, a very ancient and advanced body of people, closely related to the Human Race, who have lived alongside us in secret – deep underground – for countless millennia.

In addition, Mac theorized that in today's world they may well be declining, in terms of both their numbers and their health. Mac also suggested that the cryptoterrestrials might make use of a great deal of subterfuge, camouflage and deception to try and ensure they appear far more in advance of us, when - in reality - they may not be so far advanced, after all. Mac also had an interesting theory as to why the supposed aliens constantly warn abductees and contactees that we should not destroy, or pollute, our planet.

Let's face it, why would extraterrestrials from countless light-years away care even in the slightest about our small, insignificant world? A reasonable argument could be made that they wouldn't care. If, however, the extraterrestrials are actually cryptoterrestrials who - due to circumstances beyond both their and our control - are forced to secretly share the planet with us, then their desire to see the Earth preserved wouldn't just be a wish or a desire. It would, for their continued survival, be an overwhelming necessity. 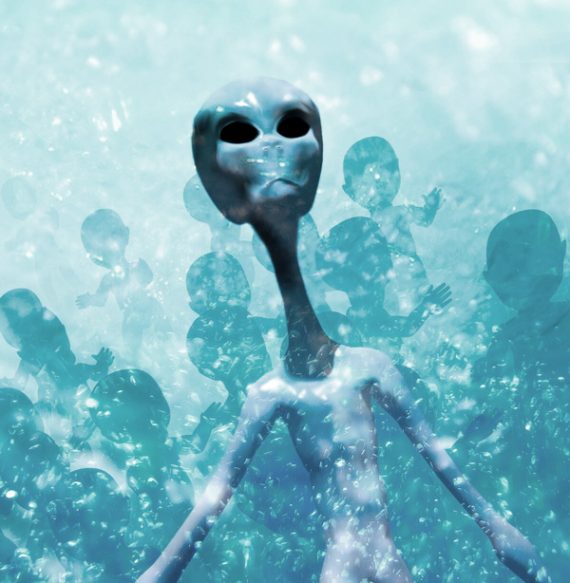 Of course, such a theory is most assuredly not a new one: tales, stories, myths and legends of advanced, humanoid entities living deep below the planet's surface have circulated not just for decades or hundreds of years, but for thousands of years. But, of the many reasons why Mac's book thrust the entire issue into the modern era, one in particular was his take on Roswell.

Now before people get their blood-pressure all out of sync, this article is not intended to demonstrate that my views on Roswell are forever changing, so chill the "F" out. The fact is that none of us really knows what happened back in 1947 when something came down on the Foster Ranch, Lincoln County, New Mexico. So, I see nothing wrong with addressing, and contemplating, the merits - or the lack of merits - of the many and varied theories. And that's all I'm doing with Mac's theory: addressing it and contemplating on it. So, with that said, back to the story.

In his 2009 book, The Cryptoterrestrials, Mac speculated on the possibility that the Roswell craft was built, flown, and disastrously crashed, by ancient humanoids that lurk in the depths of the planet. Controversial? Hell, yes! But Mac made some interesting observations on this possibility. In his own words:

"The device that crashed near Roswell in the summer of 1947, whatever it was, featured properties at least superficially like the high-altitude balloon trains ultimately cited as an explanation by the Air Force. Debunkers have, of course, seized on the lack of revealingly 'high-tech' components found among the debris to dismiss the possibility that the crash was anything but a case of misidentification; not even Maj. Jesse Marcel. the intelligence officer who advocated an ET origin for the unusual foil and structural beams, mentioned anything remotely resembling an engine or power-plant."

Mac continued, in a fashion that emphasized the cryptoterrestrials may not be as scientifically and technologically advanced as they might prefer us to think they are: "The cryptoterrestrial hypothesis offers a speculative alternative: maybe the Roswell device wasn't high-tech. It could indeed have been a balloon-borne surveillance device brought down in a storm, but it doesn't logically follow that is was one of our own." 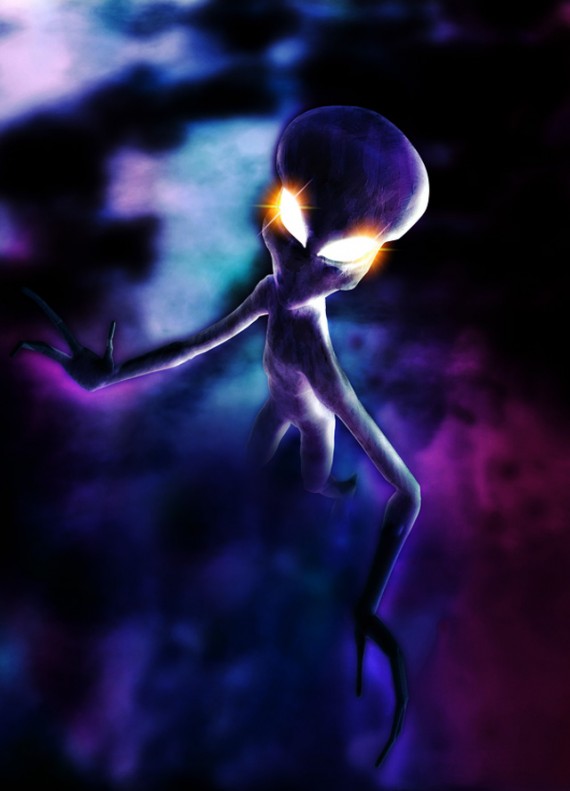 Mac concluded: "Upon happening across such a troubling find, the Air Force's excessive secrecy begins to make sense."

Regardless of what you, me, or indeed any number of the well known Roswell researchers - such as Bill Moore, Kevin Randle, Stan Friedman, or Don Schmitt - might think or conclude, the fact is that Mac's cryptoterrestrial theory is probably the only one that allows for the Roswell crash site to have been comprised of very unusual, non-Homo-sapiens, but, at the same time, incredibly simplistic technology.

The alien theory should, of course, require highly advanced technology to have been recovered - yet, we hear very little on this matter, aside from talk of fields full of foil-like material with curious properties. Accounts of the military coming across alien-created "power-plants" and "engines" - as Mac described them - are curiously absent from the Roswell affair. It's that aforementioned foil and not much else.

And Mac was not alone in talking about this particular theory. Walter Bosley, formerly of the U.S. Air Force Office of Special Investigations, has revealed an interesting and notable story told to him by his very own father, also of the USAF, and someone who worked on issues connected to the United States' space-program. According to the account related to Walter, yes, a very significant and highly anomalous event did occur some miles from the New Mexico town of Roswell. Not only did the crash have nothing to do with literal extraterrestrials, said Walter's father, but it had nothing to do with us, either.

In a briefing at Wright-Patterson Air Force Base, Walter's father was told, essentially, the same thing upon which Mac Tonnies theorized - namely, that Roswell represented the crash of a device piloted by ancient humanoids that dwelled within the Earth, deep in hidden, cavernous abodes. Only occasionally did they ever surface, usually taking careful and stealthy steps to mask their presence - that is, until one of their fairly simple devices crashed outside of Roswell, and revealed to a select, few, senior military personnel that we share our planet with...something else...something from below...

A Visit by an Angel?