Stepping into a Parallel Dimension

Parallel universes, dimensions that nearly resemble our own, were once pondered by Plato, and proposed mathematically by Princeton University graduate student Hugh Everett III in 1954. These parallel worlds, common in myth, have been staples in science fiction since Edwin A. Abbott’s 1884 novel, “Flatland: A Romance of Many Dimensions.” More modern science fiction, like the dimension-jumping television program “Sliders,” and Philip K. Dick’s novel “The Man in the High Castle” (in which the Axis won WWII), gives us exciting glances at worlds like, yet unlike, our own. Exciting unless you stumble upon one of these alternative dimensions yourself as Carol Chase McElheney did in early March 2006.

Rain pounded McElheney’s car as she drove through San Bernardino, California, to spend a few days at a sheepdog trial in Perris, California. As she topped a hill south of the city, she saw a road sign for nearby Riverside. Her family roots were put down in Riverside in the early 1800s and she wanted to visit familiar places, such as her old house, and the cemetery where her grandparents are buried. “I’ve been going to Riverside since I was a baby,” McElheney said. “I’m real familiar with the city. I know my way around. I knew where my grandmother lived. I’ve been to the cemetery. I knew where I was going.”

As McElheney thought of visiting her grandparents’ graves, a chill ran through her. “Just as I decided to visit the cemetery, a huge blast of cigar scent entered my car,” she said. “It was pouring rain out, and I had my windows rolled up. My grandpa smoked cigars, and he died when I was five and that's all I remember about him.”

Just as quickly as the smell floated through the car, it was gone. She drove past Riverside and on to Perris where she checked into a hotel and attended the dog show. 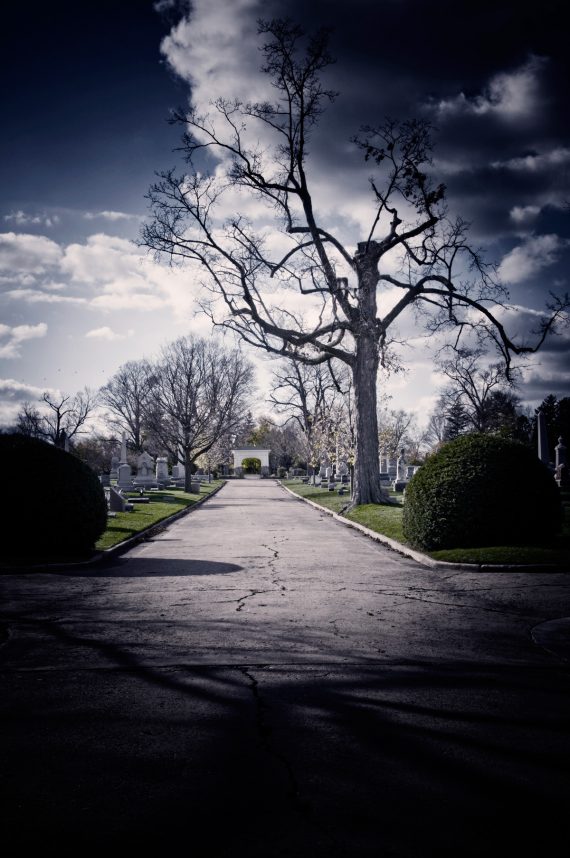 The next day McElheney attended the first sheep dog trial, then drove to Riverside. She didn’t like what she saw. “I could not find anything familiar,” McElheney said. “I used to live there after college.” Her street wasn’t the same, it was just wrong. The bungalows with small yards looked the same age as her old house, and the numbers were right, but her house wasn’t there. “I could not find my old place,” she said. “I thought they couldn’t have torn the house down and built another house in that 1920s style to fit into the architecture. None of the houses looked familiar. They all looked different.”

Then she drove to the street where her grandmother once lived, stopped the car, and looked around in amazement. “It was totally different,” she said. “None of the houses were anything like I remembered. No tall trees, her house wasn't there. The numbers were in the same range, but the houses were all new. Grandma's house and my aunt and uncle's house next door were gone.” All the homes on what should have been her grandmother’s street were modern ranch-style houses lined by bushes, nothing like her Grandmother’s big, Tudor home with towering eucalyptus trees in the yard. “It was just gone.”

So was the cemetery. “The cemetery where my grandparents were buried was just not there,” McElheney said. “I drove around the block where it was supposed to be, and it was just fenced off with weeds inside. No gate, driveway or anything.”

Confused, McElheney pulled away from the empty lot to see if she could find anything familiar. She did. She recognized Riverside City College and Central Middle School. “Some of the other stuff was right. The college looked right, the middle school looked right,” she said. But when she pulled onto University Avenue, things were markedly different. “University Avenue was a main drag and there were scary looking people, so I got out of there,” she said. “I looked for the Mission Inn and it wasn’t there.” 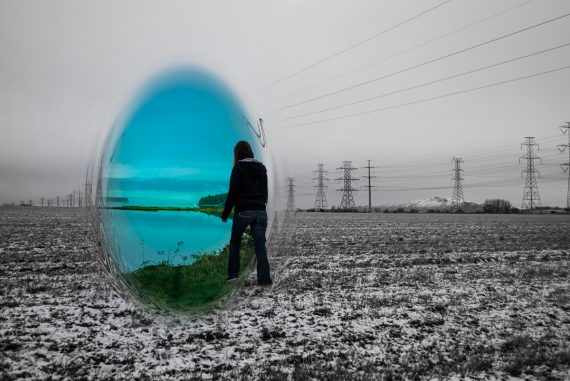 University Avenue, once home to restaurants, insurance companies, banks and motels, was now, “completely ghetto,” McElheney said. “It was all graffitied-up and deserted.” To the point she was afraid to stop and ask directions. It was on University Avenue she realized something otherworldly was happening to her. “The thing that occurred to me is if I got out of my car something weird would happen,” McElheney said. “I thought if I talked to someone I'd be forever caught in this weird version of the ‘other’ Riverside, or that they weren’t going to be human. The more places I tried to recognize, nothing matched up. Nothing looked familiar.”

After a couple of agonizingly frustrating hours, McElheney turned the car around and went back to Perris. “Everything was normal,” she said. “I was afraid I’d go back and the hotel wouldn’t be there or my key wouldn’t fit. Everything was as it should be.”

A few years later McElheney’s father died and was to be buried in the same cemetery as her grandparents, the cemetery she saw as an empty fenced-off, weedy lot. “It was back to what I remembered,” she said. “He was buried next to my grandparents. The rest of the city looked like it did when I lived there after college in the ’70s. My cousin was there and she said her house and my grandma's house are still there. University Avenue was normal looking and the Mission Inn was there. We had lunch there. I felt comfortable. I didn't go back to the other areas to check them, but I knew they would be okay.”

What happened to Carol Chase McElheney? She’s convinced she slid into another dimension – one that was less than friendly. “I just got the feeling if I got out of the car and talked to someone I was going to fall off the edge of the earth. I’d end up being missing,” she said. “It must have been a dimensional thing. It looked like it was 2006, but I’d taken a different path. It looked like Riverside had just taken a different direction.”