The Strangest Intruders Of All

Back in May 2012, I reviewed David Weatherly's excellent book, Black Eyed Children, which is a great study of the entire, perpelexing BEK phenomenon. Well, on the heels of that book is yet another release from David. His new one is Strange Intruders, which includes a foreword from Mysterious Universe regular, Micah Hanks. And the good news is that, just as with his first book, David's latest title is a fine read. It's also one guaranteed to provoke the proverbial chills and thrills.

After Micah sets the scene with an atmospheric opening for what is soon to follow, David gets right into the heart of the action. And, in this case, the action is David's personal studies of a wide body of anomalous entities that, to varying degrees, manipulate, torment, terrorize and even feed upon the unlucky souls who happen to cross their paths. If you think that our otherworld visitors are all about "love and light,"  forget it. They're not.

We're talking about a cast of creeps including the Slenderman, the Djinn, Pukwudgies, the downright ominous Grinning Man, and much more. When you're covering such sinister "things" as these and much more too, writing style is as important as content.  Indeed, there's not much worse than finding the author's style is as boring as watching paint dry.

Fortunately, David recognizes this and, as a result, he presents the facts, the data, and the theories in a writing style that both John Keel and H.P. Lovecraft would have been proud of. It's fair to say that the entire book, in terms of data and style, is menacing to read - and, yes, I do mean that as a complement! So, with that said, onto the content.

David begins with one of the most dangerous and deadly of all supernatural beings - the aforementioned Djinn. He shares with us a great deal of lore and legend about these Middle Eastern nightmares, including their twisted love of screwing with us, the Human Race. We also get the lowdown on some truly disturbing encounters with Djinn that result in disaster, ill health (both mental and physical), overwhelming negativity and much more.

These things will take advantage of you, trick you, use you, beat you down, and when they're done with destroying your life, they will spit you out and move onto the next person unfortunate enough to cross their paths. As for their motives: a downright hatred of us. It's as simple and stark as that.

Moving on to the Pukwudgies, in this chapter David demonstrates that, as is the case all around the world, the people of Massachusetts have their legends and beliefs of the "little people" kind. And, like the "wee folk" just about here, there and everywhere, their interactions with the Human Race can be trickster-like, friendly, foreboding, and overwhelmingly unsettling.

The very strange May 2001 saga of the Monkey Man of New Delhi, India gets good coverage, too. While we can never say for sure that hysteria- and nothing else - was behind the Monkey Man mania, it certainly helped elevate the controversy to stratospheric levels. Another case that authorities were keen on dismissing as having been caused by imaginations run wild was that of the Mad Gasser of Mattoon. He - or it - terrified the good folk of Mattoon, Illinois in 1944 by bizarrely unleashing noxious gasses on the unsuspecting victims. 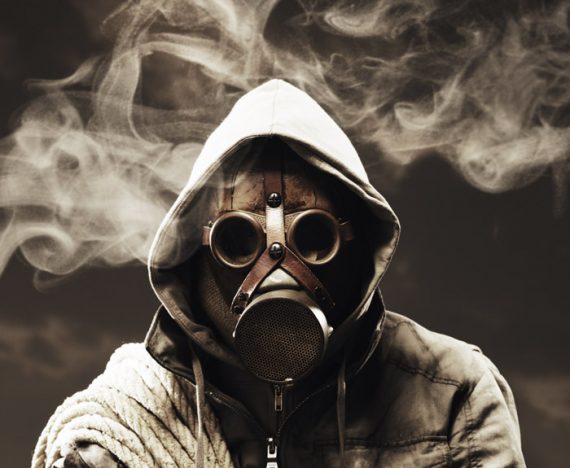 Imagine you're taking a pleasant drive down a rural road. It's a nice day, the weather is good, and the countryside is inviting. That all changes, however, when, at the side of the road, you see a strange man staring at you. But he's not just some hitchhiker. Nope. This is the Grinning Man. This is no normal grin, however. It's a grin of chilling and diabolical proportions. It's a near-impossibly wide grin, too. If you see him, keep driving. This chapter is particularly eye-opening, as it deals with David's very own encounters with the grinning ghoul.

I have to say that my favorite chapter in David's book is the one titled Hiding in Human Form. As you might guess , it is focused on a wide and varied body of entities that can reportedly shape-shift into human form. Just occasionally, however, we see them as they really are: hideous creatures of a monstrous kind. They are here, they are there, and they are everywhere. Controversial? Of course! But, David presents his case in fine fashion, and particularly so when he delves into the really unsettling stories of the Snakeheads and their motley crew.

Then there is the Slenderman. Although it's an entity born and bred on the Internet, the fascination for, and the belief in, this mysterious figure seems to have given birth to a real-life version of its fictional self. Here we see David digging into a world filled with things that I am fascinated by: Tulpas. Is it possible that as Net-based tales of the Slenderman spread, and as more and more people became acquainted with the imagery, the monster left behind its shackles of the imagination and strode out into the real world? Creating and unleashing a mind-monster is not as far-out as many might think. 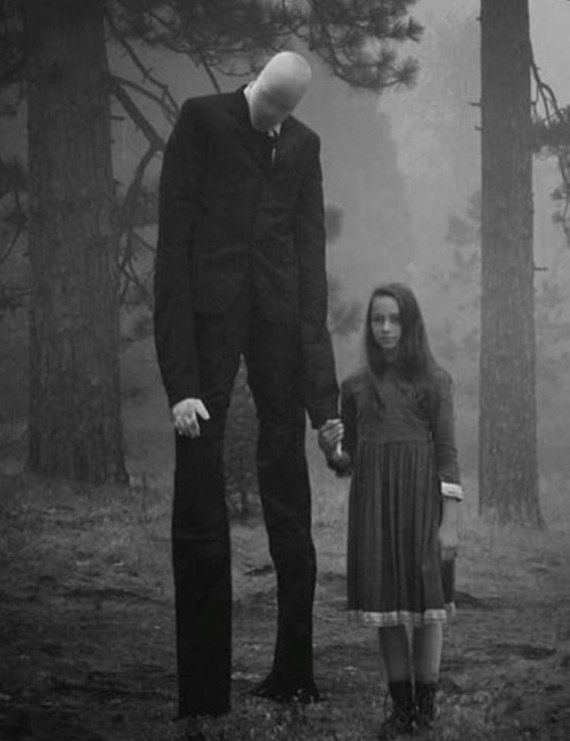 And it wouldn't be a David Weatherly book without something on the Black Eyed Children. In Strange Intruders, it's a chapter that updates us on the latest data that has surfaced since David's previous book was published. As he shows, the mystery is very much ongoing. Notably, we also get to read about black-eyed adults, too.

With excellent cover-artwork from Sam Shearon, Strange Intruders is packed with case upon case of mysterious beings that appear to co-exist with us, that have the ability to jump from our reality to whatever dark domain they call home, and which have no love for us at all. Although there are (at first glance, at least) worlds of difference between the Djinn, the Grinning Man, the Mad Gasser, and the Shadow People, they - and all the rest - have one thing in common: a seemingly obsessive need to get their claws into us, to torment us, to deceive us, and to use us.

Is it really possible that we are indeed considered the "property" of something else, as Charles Fort famously worded it? After reading Strange Intruders, you might well think that's exactly what we are.