There’s Something in the River…

When it comes to the matter of British Government secrecy and UFOs, the one question I get asked more than any other is: has there ever been an event, in the UK, along the lines of what could be termed a British Roswell? Well,  if you mean, has an alien spacecraft ever crashed in Britain, and have alien bodies been secretly recovered at the site of the crash, that very much depends on who you ask!

There are some UFO researchers in the UK who are absolutely certain that such events have occurred, and on more than a few occasions, too. Others are convinced that such accounts are nothing stranger than folklore, legend, hoaxes, and misidentification. But, if by posing that above-question, you mean: has the British Government ever investigated reports of strange things from the skies that have plummeted to Earth, then the answer is an undeniable: "Yes."

One case that falls firmly into the second camp - but that others might suggest should be placed into the first category - occurred in the 1960s in Walthamstow, England. I stumbled upon the details of the case back in the mid-1990s, when reviewing a then-recently declassified British Ministry of Defense file on UFOs, covering the years 1964 to 1965. Contained within the file was a photocopy of a newspaper article that described how, on April 13, 1964, a Walthamstow-based bus-driver - named Bob Fall - witnessed a curious-looking, flying object that only just missed colliding with his bus and that plunged into the waters of the nearby River Lea.

In Fall's very own words, cited in the news-clipping: "I just glanced into the sky and saw something coming towards me very, very fast. It flew straight across the road and, had I been a few yards further forward, it would have hit the top deck of the bus. At first I thought the back windows of the bus had come in and, as I turned around, I saw all the passengers looking out towards the river. There was a big splash in the water. I stopped as soon as I could to report it."

Although the local police suggested (I kid you not) that what Bob Fall had seen was actually nothing stranger than "four ducks" flying in formation, Fall himself was adamant that such a theory was definitively, and appropriately, bird-brained. His response: "The thing was at least nine feet long, cigar-shaped and silver. If it had been a bird or birds, I would have seen the wings. Besides, it was going too fast." 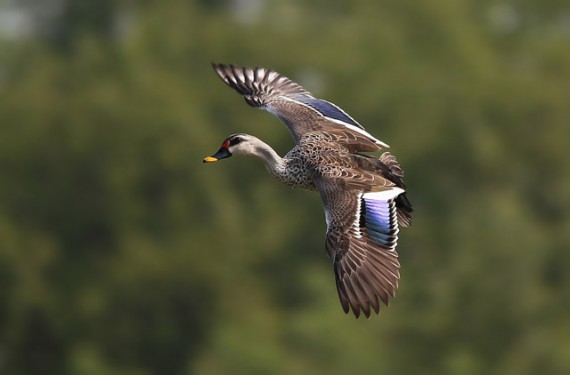 When I began to dig into the affair at a deeper level, I learned that a well-known UFO researcher of the 1960s - Ronald Caswell - had taken an interest in the affair and had uncovered some intriguing information, some of it relative to the clandestine world of officialdom.

Caswell informed Ministry of Defense authorities that while investigating the case, and while walking along the stretch of the River Lea where the object reportedly came down, he had the opportunity to speak with a highly talkative policeman who told him - Caswell - that he had taken part in a search for the object, along with other officers, around 11.00 p.m. on the night of the event.

While the policeman seemingly dismissed the matter as one of no real, meaningful significance, Caswell begged to differ, as he told the MoD: "This differs from information I had earlier received to the effect that when it was late enough for the general public to have cleared off, heavy lifting equipment was brought in and a find was made in the early hours of the morning."

Caswell also posed an interesting question to the MoD: "Why did a wing-commander from the Air Ministry take all the trouble of driving to Walthamstow to interrogate the bus driver on the 25th April, almost two weeks after the incident?"

On May 14, 1964, Caswell received a reply from a Mr. R.A. Langton of the MoD, who replied succinctly: "I hesitate to suggest any possible identification for the Walthamstow object." Notably, Langton was seemingly fully unaware of the presence of a wing-commander, no less, at the alleged crash site and asked Caswell for further information on the man's identity - a query to which Caswell did not respond. 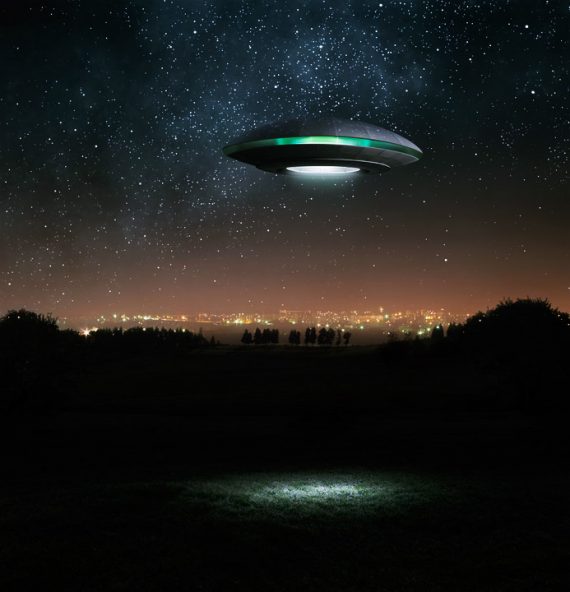 And there ends the saga, at least as far as what is known publicly. While the available facts may be scant, the curious affair does seem to suggest that there was more to the matter than meets the eye - which also suggests that, perhaps one day, more data on this case may surface. In April of next year, the incident at the River Lea will be 50 years old, and doubtless many of those involved, or with knowledge of the matter, are no longer with us.

Just maybe, however, there is someone out there, still, who does know what plunged into - and which was stealthily retrieved from - the River Lea all those years ago. If there is, I encourage them to come forward. And, with the 50th anniversary of the affair surfacing in 2014, I would also encourage an enterprising and enthusiastic researcher in the Walthamstow area to take a new look at the matter, and from a fresh perspective.

After all, who knows what secrets the River Lea may have been briefly home to all those years ago...