Two of America’s Most Haunted Caves

Though cemeteries and historic properties are the traditional settings for ghost stories, spirits don’t limit themselves to old inns and graveyards. Frightening tales come from all sorts of unexpected places, including deep within the earth. Here are two well-known caves in the United States and the ghosts that call them home.

The Ghosts of Mammoth Cave

With nearly 400 miles of interconnected passages, Kentucky’s Mammoth Cave is the longest known cave system in the world. Each year, hundreds of tourists flock to Mammoth to marvel at the cave's stunning formations and massive size. However, legend has it the tourists and guides aren’t alone. A number of ghostly tales surround Mammoth Cave, including one about Floyd Collins, a celebrated explorer who died trying to discover a new entrance to the vast cave system.

The Tragic Tale of Floyd Collins 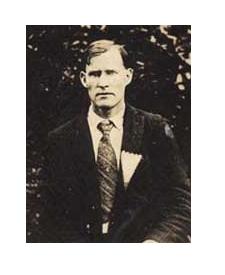 On January 30, 1925, a rock in what is now Sand Cave fell on Collin’s left leg, pinning him in a small passageway. Collins’ friends discovered his predicament the next day, and rescuers spent two weeks trying to reach him. The attempt became a media sensation, but Floyd died three days before rescuers arrived. Unable to remove the rock, rescuers left Floyd’s body in the cave and sealed off the shaft leading to his body.

Homer Collins eventually recovered his brother’s corpse and buried it on the family property. Unfortunately, Floyd’s father sold the property two years later, and the new owner exhumed Floyd’s body and displayed it in a glass coffin for several years. In 1929, someone stole Collins’ body, though officials managed to recover the corpse, minus the injured leg. Floyd now rests in Jackson’s Flint Ridge Cemetery where he'll hopefully remain undisturbed. 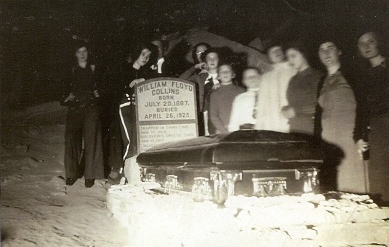 Given Floyd’s terrifying death and the indecent handling of his remains, it’s hardly surprising that his spirit reportedly haunts Sand Cave. One story tells of screams and pleas coming from the now-sealed cavern. Another claims an unknown entity hurls decades-old whiskey bottles at people who come too close. A third tale, however, suggests Floyd is more helpful than harmful.

“There's one story that a caver told me that she was caving near part of the cave where Floyd, when he was alive, would go caving, and she tripped and she started to fall,” Mammoth Cave tour guide Colleen Olson told Kentucky’s Wave 3 news. “And then she felt somebody grab her and pull her back, and of course she thought it was her caving partner. So she was about to say, ‘Thanks, Richard,’ thanking her pal, but he was way on the other side. So then, when she realized it wasn't Richard, she said, ‘Thanks, Floyd.'” 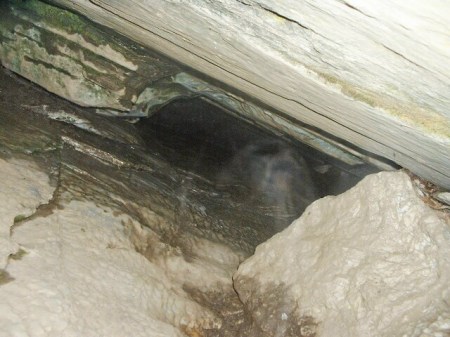 The Bell Witch haunting of Adams, TN is one of America’s most famous ghost stories. What many people don’t realize is that the Bell Witch spirit, or something like that, lingers in a small cave once owned by the infamous Bell family.

The Legend of the Bell Witch 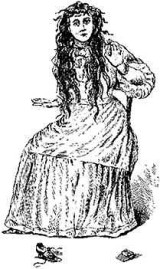 Legend has it that between 1817 and 1821 a malevolent spirit terrorized the prosperous Bells. First, the family noticed strange animals on their property. They then started to hear chocking, gasping, and gnawing sounds in the cabin. The sounds quickly escalated to physical violence with John Bell Sr. and daughter Betsy suffering most of the abuse. Some blamed the activity on a neighbor named Kate Batts who reportedly sent the spirit to kill John and prevent Betsy from getting married. Evil spirit or not, this is exactly what happened. Betsy and her suitor broke off their engagement, and John Bell died of mysterious circumstances in 1820. As for a possible motive, notes from the Red River Baptist Church reveal that John Bell and Benjamin Batts had a lengthy feud over the purchase of a slave.

Sightseers today can view a replica of the family’s cabin and visit Bell Witch Cave, a small cavern on what was once Bell property. Visitors who attempt to snap a photo of the cave’s entrance often have trouble getting a clear image, if their cameras work at all. Other visitors report hearing whispered names and disembodied voices ordering them to leave. Tourists who take a rock from the cave will reportedly have a string of bad luck. One Marine was so unnerved after discovering a rock his daughter had stolen that he begged his wife to return it before he left for Iraq. 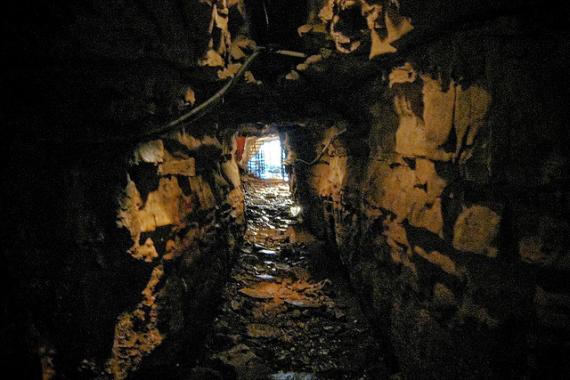 Some believe Native American spirits also dwell in Bell Witch Cave. One property owner claimed that the Trail of Tears ran through the property and that Indians once lived, and died, within the cave. One visitor believes an Indian spirit followed her to her car.

“The most unnerving thing happened,” writes Debbie Dunn, author of The Bell Witch Unveiled at Last: The True Story of a Poltergeist. “Have you ever seen toddlers sit down on their parent's foot, wrapping their arms and legs around them like a monkey, and then wait for the grown-up to try to walk with the little one weighing them down? That is exactly what I felt. As I was driving, I felt an invisible child sit down on my driving foot, wrapping her arms and legs around my calf. I told my friend what was happening. Suddenly, I heard a giggle and a little girl announce her name was Summer Moon. Pila was her mother. They both resided in the Bell Witch Cave. Then she released my foot and disappeared.”

Are the caves in Kentucky and Tennessee truly haunted? Or is it legend and the power of suggestion that are behind the odd tales? Skeptics and believers may never agree, but the thrilling combination of caves and ghosts is sure to capture people's imaginations for years to come.