UFOs: The Odd Affair of Odiham

At around 10.20 a.m., on the morning of April 29, 1957, two British Royal Air Force Hunter aircraft took to the skies from an RAF base called Odiham, which is located in the English county of Hampshire. The plan was for the aircraft to take part in a mid-air military training exercise. Things didn't quite turn out as planned, however. When the planes reached a height of roughly 45,000-feet, one of the pilots found himself confronted by what can only be described as an undeniable, unidentified flying object.

And you don't have to take my word for it. The following is a word for word account of what took place, and which is extracted from a now-declassified British Air Ministry file on the case which can be found at the National Archives, at Kew, Surrey, England: 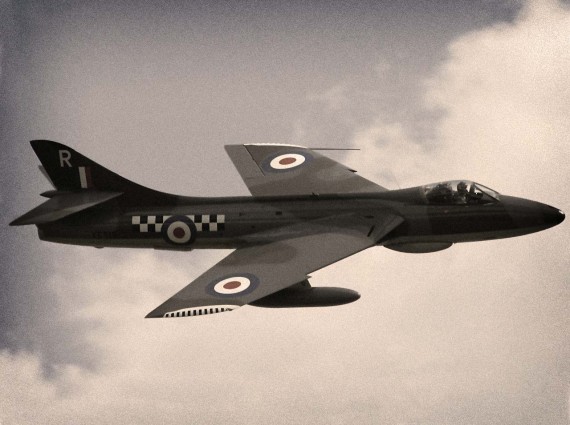 "...when over Hayling Island Mission 28 No. 2 saw a large white object at 10 o'clock slightly above. The object was circular with a white slightly curving tail hanging below. The time was approx. 1110. Formation leader was informed and both pairs turned east onto a northerly heading to look for the object. At first the object was thought to be a parachute but later it was realized that the object must have been larger and at a greater distance because of the slow passing speed."

And matters were far from over. They had, in fact, barely begun. At 8.38 p.m. that night, the pilot of a Royal Air Force Javelin aircraft - also based at RAF Odiham - was vectored onto a UFO reportedly tracked on radar some twelve miles from his position. No visual contact was made by the pilot and he eventually returned to base. This particular affair received brief coverage in a number of newspapers - after one of the base staff tipped off a local reporter on what had gone down - and, as a result, an Air Ministry spokesman made a very brief statement to the press.

It went as follows: "All we can say is that we are investigating the matter. Until inquiries are completed we have nothing further to add."

Following the media coverage given to the Odiham encounters, questions were asked in the British Government's House of Commons: "What was the nature of the aircraft or other object sighted on the radar air defense screens on Monday night and which occasioned the dispatch of Fighter Command," asked Labor Member of Parliament, Frank Beswick.

"They were two of the large number of Hunters of Fighter Command which were engaged in a training exercise on the night in question," replied George Ward, the Secretary of State for Air. He continued: "Their movements as observed by radar were somewhat unusual, and aroused the suspicions of the radar defenses. As a precaution, Javelins on patrol were ordered to intercept but the interception was abandoned when it became clear that the incident was a false alarm." 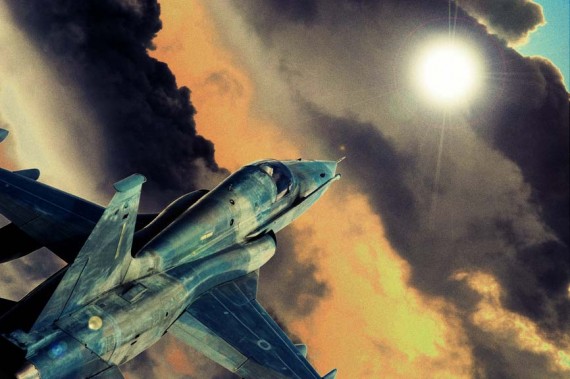 Since the once-secret file on the Odiham events has now been declassified, it can be seen that Ward's statement did not exactly sit well with the facts, especially his version of how the interception was abandoned. The official records do not say that "it became clear that the incident was a false alarm."

Rather, the documentation maintains that the pilot, having been dispatched to the area where something unidentified was caught on radar, simply failed to find anything - identified or unidentified. For some, the distinction may be slight, but failure to locate something (aircraft, UFO, or something else) does not rule out its existence. Even more curiously, Ward made absolutely zero reference to the large, white, circular object that had been seen earlier on that very same day.

Equally as intriguing as Ward's stance, and also on the same day that the curious events at Odiham were unfolding, another significant UFO-themed event occurred, this one at RAF Ventnor on the Isle of Wight, just off the south coast of England. According to the Air Ministry's own records, a member of the public, a Mr. L. Humfreys, telephoned RAF Ventnor to report that he could see two metallic-appearing objects to the south-east of Shanklin, at a height of what was estimated to be approximately 30,000 feet.

Mr. Humfreys - whose sighting was backed-up by three additional witnesses - said: "The object appeared as a steady, metallic, very bright pinpoint of light, with a suggestion of a smaller round object immediately behind."

At 8.10 p.m., staff at the nearby radar station at Beachy Head reported to RAF Ventnor that they were tracking two unidentified responses flying at a height of 25,000 feet. Almost one hour later, Beachy Head contacted Ventnor again, this time to report that RAF St. Margaret's was also plotting two fast-moving targets, but were unable to ascertain their heights. One of the objects was reported to be traveling in a south-westerly direction, at a speed of between 750 and 800 knots. 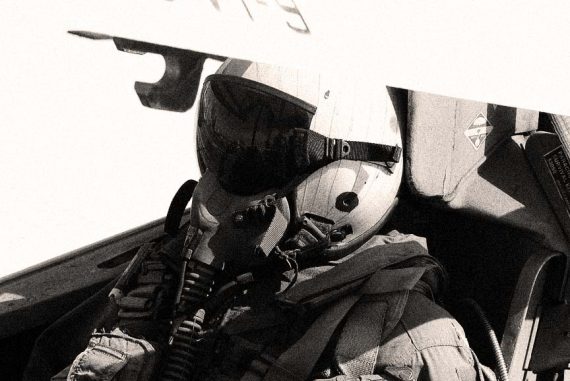 Since all attempts to identify the objects failed - and no evidence surfaced suggesting they were linked to any kind of exercise referred to by George Ward - a detailed report was prepared by Pilot Officer R.F. Coles of RAF Ventnor, and all the relevant data (which included the radar-based material) was forwarded to the Air Ministry at Whitehall, London for scrutiny. The six-page report has now been declassified and can be examined by one and all at the National Archives.

The skeptics might, of course, say that even though no evidence was ever found, that doesn't dismiss the possibility that all the anomalous and unexplained radar tracks, and the report of Mr. L. Humfreys, could still be linked to Royal Air Force exercises, of the type cited by George Ward.

That's not impossible, but I find it very hard to dismiss a highly important fact: those same radar reports and eyewitness encounters occurred on the very same day that experienced military personnel reported seeing a large, circular shaped object, white in color, and of unknown origins, over the skies of southern England.

Something, I conclude, was flying around the UK on April 29, 1957 - and whatever it was, I suggest it wasn't a part of the U.K. military.

This Week’s Podcasts Cancelled Due to Illness