What Qualifications are Required to be a Cryptozoologist? – Part 1

Going into my conversation with Cryptozoologist Scott Marlowe, I expected him to spend half of the call defending the reliability of eye-witness accounts, and claiming the volume of cryptid sightings is evidence enough that something undiscovered is out there. That wasn’t the case at all. Marlowe is a staunch advocate of real science being used to answer the questions posed in cryptozoology. So when I asked him to help me understand what a cryptozoologist does, what the requirements for becoming a cryptozoologist include, and what impact television cryptozoology has on the crypto community, he was more than happy to oblige.

Cryptozoology is a field of study with more questions than answers, but that’s okay. A good cryptozoologist uses other scientific specializations like chemistry, zoology, micro-biology, and psychology, in the effort to unite previously unknown answers with the questions humans have been asking for centuries. Without a scientific approach to discovery, cryptozoological research doesn’t prove anything. Hearing this was a revelation for me, and it opened my mind to the legitimacy and groundbreaking potential of cryptozoology.

By the end of the conversation, I felt pretty good about my grasp on what cryptozoology is, and what I should expect a good one to know. I also left the conversation convinced, as Marlowe himself is, there is a desperate need for a cryptozoology degree program at an accredited college or university.

When the conversation ended, I felt guilty about some of the jokes I’d cracked at cryptozoologists’ expense over the years.

There are cryptozoologists out there who strive for respectability, but there are just so many hurdles in their way overcoming them is difficult. Marlowe, however, is optimistic cryptozoology will one day be validated through an accredited degree program on the college level. He believes it is the only chance cryptozoologists have to be viewed as credible scientists. 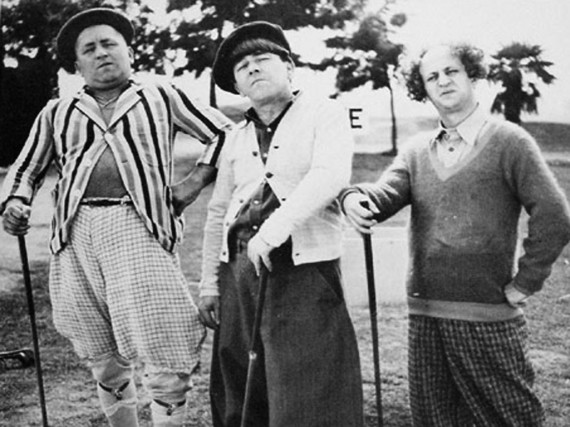 Anyone can be a Cryptozoologist, and sometimes anyone is

I grew up in the days when all  you had to do to play on the pro tour was to show up with a bag of golf clubs. You paid your entry fee and you did your thing. That’s not how the pro tour works today and it doesn’t work that way because they got organized, stopped fighting each other, and become a group.

Although, and I say this respectfully, the PGA has become a union, which I don’t approve of, but it has protected the situation to the degree that now to call yourself a golf professional, and get certification by the PGA, you have to have particular educational experience, work experience, and yada, yada, yada…That is probably the direction cryptozoology is going in too.

Cryptozoology at one time had a similar situation, (one with an organized governing body) but it became so mutually exclusive that only Phd's who dared risk their reputation by joining the ICS, the International Cryptozoology Society, would be recognized and certified. The ICS went the way of the dodo when the group’s leading characters passed away.

One of the things you cannot do is legislate the kinds of controls they wanted without taking into account the people who have been in the profession for a long time. They cannot be excluded. That is not to say I want to welcome weekend warriors into the mix. We already have boatloads of those who use Bigfoot and his buddies as an excuse to go out into the woods and get drunk. There’s plenty of them. We also have a significant crop of extremely delusional people who go out into the woods and see Bigfoot behind every tree, and in every shadow, and it’s staring at them from behind every pile of leaves. 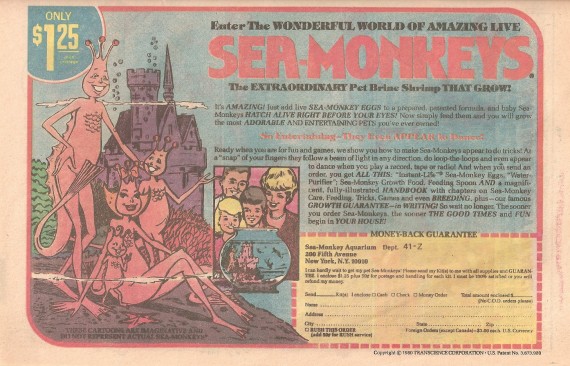 The one thing I was sure about after my talk with Marlowe is, at present, anyone claiming to have a degree in cryptozoology is either a liar, or the kind of sucker who might send off for the sea monkeys advertised in a 30-year-old Batman comic book he purchased last week. My apologies to anyone whose feelings my statement might have hurt, but you have to expect some ribbing for flouting a fake degree as legitimate credentials, right?

There are expensive online programs that might give clients a certificate at the end of the course, but it is an certificate from an unaccredited source and is representative of essentially nothing, because again, there is no agreed upon set of requirements to be a cryptozoologist.

“I know people who have gotten stupid doctoral certificate things and its total nonsense. It’s done just so they can run around and call themselves doctor this and doctor that,” Marlowe said. “They are just bullshit artists.” 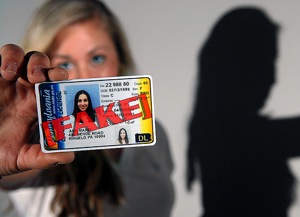 Checking the validity of a degree flashed by someone calling themselves a cryptozoologist isn’t hard to do, but it might be a waste of time. He said, “All you have to do is get on the horn to the college accreditation society and ask, but there is no official program anywhere in the world that offers a degree, a masters, or a Phd, in the subject. Anybody who tells you there is, is lying through their teeth.”

Without such a program, he fears cryptozoology may never be viewed as a legitimate science with the respect of the mainstream science community and the public. Until that happens, cryptozoology’s front door remains open to anyone who wants to walk in and declare themselves to be part of the club.

What Exactly Does a Cryptozoologist Do Again?

It is easier to spot a credible cryptozoologist when you have some idea how cryptozoologists approach their job and how they conduct themselves while doing it. Here is one of Marlowe's takes on what constitutes real cryptozoology:

When I go out there I’m not looking for a mythical animal, or to prove anything exists. All I’m looking to do is resolve a question. And a good example is Dr. (Edward) Petuch  and I musing over what the sea monster could be in Lake Worth down in Palm Beach, Florida, for MonsterQuest. That was a perfect example of what cryptozoology is all about. And 9 times out of 10 , the answers we came up with would explain the animal, though indeed both of us were wrong, both saying it’s a pinniped but misidentifying which species. It turned out to be a seal. Nobody expected to see a seal swimming with manatees in Florida waters.

Nine times out of 10 it’s going to be an animal we know about already, but because it’s not where it belongs, people believe it’s got to be something else and turn it into a mystery monster.

Therein lies another field of study, zoology. You have to understand all the other animals in the world and to figure out what these things could be.

More from Scott Marlowe about cryptozoology and his swamp ape sighting:

Perhaps the most interesting aspect of cryptozoology is the way it straddles the worlds of science and folklore when it comes to research. Local legends and eye-witness accounts often lead to evidence needing scientific analysis. As I pointed out earlier, eye-witness accounts are often sketchy at best, and a good cryptozoologist knows how to differentiate between good and bad witness stories. For this reason, Marlowe believes a background in psychology is a plus for cryptozoologists:

You are going to, because of the nature of the profession, deal with a great many people who have “sightings” and only a handful out of thousands are things you cannot immediately resolve. Those are mysteries that may in fact be genuine. I say, “May in fact,” because anecdotal evidence is not acceptable as proof of anything, but it is a good starting point.

As a professional, you also have to be able to ferret through what is true and what is BS, and that requires, because of the nature of people who have experienced sightings, a significant background in psychology, particularly forensic psychology, like interviewing eye witnesses, is necessary.

If you don’t understand the myths and legends, you really don’t know what to look at in terms of the animals either.

It’s no different than reading the bible and seeing what happened to King Nebuchadnezzar who wound up going down on all fours and growing hair. What could have afflicted him? According to biblical people he was smote by god and repented, but what anybody in the medical profession would recognize that he was struck with a transitory case of trichinosis. You have to understand all the factors in the field you are dealing with, and cryptozoology crosses into other fields so much, you really need a smattering of all of it in order to gain the knowledge you need to do the problem. In our society everything gets to the point where you specialize. You specialize to the degree  you put on blinders and don’t see anything outside your specialty. That’s not cryptozoology. There are too many factors.

When Marlowe describes cryptozoology and what it takes to be a professional in the field, it leaves one wondering why the discipline hasn’t gained acceptance with the mainstream scientific community when they both adhere to the same principles. All it takes to quash that wonder is a few hours clicking through the many cable television channels featuring cryptozoology-related programming. Inevitably there will be at least a few examples of questionable research presented as fact, and plenty of eyewitnesses with stories that defy logic. Cryptozoology’s relationship with television might be considered dysfunctional on the best days, and abusive for the rest of them. Will television opportunities eventually reveal a lost city of gold for those seeking to legitimize the discipline?

Find out in ‘What Qualifications are Required to Be a Cryptozoologist? Part II.’ We’ll take a look at television’s impact on cryptozoology, Scott Marlowe’s goal of establishing a cryptozoology degree program, and several recent discoveries he believes are important. We will also be including a Jeff Goldblum quote. Don’t miss it!

Scott Marlowe is a cryptozoologist, educator, author, and actor. He is a founder of the Pangea Institute, an education initiative using cryptozoology to turn kids on to learning. Pangea was the result of his foster parenting efforts, where he noticed kids’ interest in learning sky-rocketed for topics like cryptozoology. From Pangea literature, “Our activities augment traditional academics by combining extraordinary knowledge gaining opportunities with various learning and teaching styles. Pangea’s programs include individual education, group learning, and kinesthetic, hands-on experiences.” It was through Pangea he established the online cryptozoology class at Florida Keys Community College. He is also the author of two books, The Cryptid Creatures of Florida, and Pangea Anthology.

Marlowe has also appeared in several episodes of MonsterQuest as not only a cryptozoologist, but as an actor too. In one MonsterQuest episode about piranha, he played the role of Teddy Roosevelt in reenactments of the former president’s adventures on the Amazon River.

Two of America’s Most Haunted Caves