As people who have read my books Man-Monkey and Wildman! will know, I have a deep fascination for stories, accounts, and legends relative to what might be termed the "British Bigfoot." The problem, as I note in both the above-books, is that the UK is simply not large enough to hide, or feed, entire colonies of large, marauding, ape-like creatures, or primitive, hair-covered humanoids. That people see them, and have done so for centuries, however, makes the whole matter even more mysterious.

When it comes to trying to ascertain the true nature of the British Bigfoot and "wild man" encounters – which is a deeply fraught and difficult task at the very best of times – the theories are as wide and varied as they are controversial and thought-provoking. But, without doubt, one of the most engaging of all scenarios to explain this undeniably nationwide, ancient conundrum comes from friend and fellow creature-seeker Neil Arnold, whose views on the matter I secured in a January 2012 interview...

Having extensively investigated such reports, Neil says: "I’ve always wondered what type of manifestation these U.K. 'wild men' could be. In the autumn of 2011 a psychic lady who I know as a friend and who I trust - I don't often have any interests in psychics - accompanied me to Blue Bell Hill, which is a very haunted village in Kent, a few miles short of the town of Maidstone. I knew of several obscure 'man-beast' reports in the area which she knew nothing about.

"I took her to one particular spot, near some ancient stones, hoping she'd pick up a ghostly presence and she said she felt nothing whatsoever, but she did state quite categorically that a few years previous, around 2003 she'd had a bizarre encounter in the area one night." 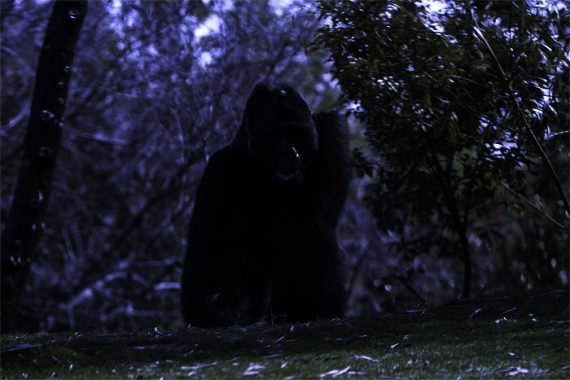 The story told to Neil goes like this: "She had visited Kit’s Coty House [a set of stone, Neolithic burial chambers] with a group of fellow psychics. Her friends were over on one side of the field which harbours the stones and she was in another area when she noticed someone walking towards her a few hundred yards away. The figure seemed to be striding rather aggressively and was coming from the direction of a thicket which runs alongside the field."

This was no normal human of modern-day standards, however, as Neil’s following words make acutely and abundantly clear: "The woman, whose name is Corriene, stated that from a distance the figure appeared huge in build and covered in hair and she sensed it was not 'real' but gave off an air of malevolence. The figure marched towards her and she could see it had long hair and a beard, covering most of its face.

"The hulking figure was taller than six feet and appeared to have a loin cloth around its waist and furred boots. No-one else saw this figure, but I was intrigued as I knew that in the past several witnesses had come forward to say they'd seen similar figures in woods within miles of Blue Bell Hill."

It was this encounter that set Neil on a decidedly intriguing train of thought: "I began to wonder if people had seen, from a distance, some type of ghostly primitive man - long hair, bearded, muscular, animal fur around the waist - who, from several hundred yards away, or in ill light, may have looked as if he was covered in hair. Blue Bell Hill and much of Kent is steeped in history - so maybe people were seeing some type of Neolithic hunter. 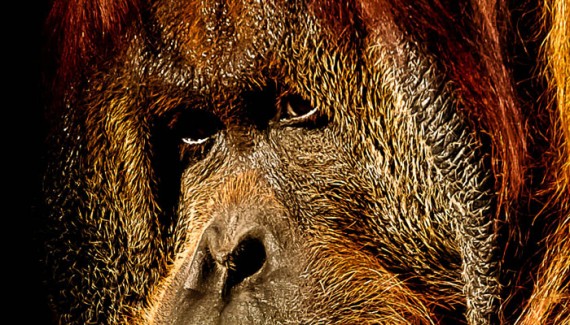 "Corriene was intrigued by what I said and then, rather startled, mentioned that on another occasion whilst in the area of the stones she’d seen several of these people who she felt were not aggressive, and although armed with spears were simply guarding the area and stooping low in the bushes, curious as to what they were seeing."

Significantly, this case did not stand alone, as Neil told me: "In 1974 a woman named Maureen - who I became very close friends with after working with her ten years ago - was with her boyfriend in woods off a close named Sherwood Avenue, in Walderslade, which, as the crow flies, is only a couple of miles short of Blue Bell Hill. Her boyfriend was tending to the fire when Maureen felt as if she was being watched.

"She turned slowly and to her amazement saw a massive figure, standing over seven feet tall, seemingly covered in hair, just a few yards away. The figure had bright eyes which blinked. The figure seemed to crouch down behind the bushes very slowly, and Maureen asked her boyfriend if they could leave the area, and they did. Maureen never told her boyfriend what she’d seen. They eventually married and were together for many years. In fact, she never told anyone about what she'd seen until she realized what I was interested in."

Could some of the weirder British wild man and hair-covered humanoid stories have their origins in the very sort of fashion that Neil Arnold suggests? Having investigated many such UK-based stories, nearly all of which  are saturated in paranormal weirdness, I say: don't bet against it...

UFOs: The Odd Affair of Odiham