You’re Being Lied To: The Culture of Conspiracy

These days, it seems that every time you turn around, there is a compelling new conspiratorial slant being taken on... well, just about everything. Whether it be the alleged plot to kill JFK, or the conspiracy behind granny's secret rhubarb pie recipe, many people these days appear to be capable of finding a conspiracy tucked away with nearly every corner and cranny of our culture.

In essence, we are living in a literal culture of conspiracy.

I didn't even navigate to my special filtered news feeds this morning when I opened my browser. Literally, the first article that appeared in my news feed had the following lead line: "Conspiracy theorists and assassination buffs have been vexed for 15 years by the appearance of a granite marker next to Lee Harvey Oswald's grave." The story wasn't a fringe aside from some wacko offbeat journal of para-politics and the unusual... no, this headline, "Mystery From the Grave Beside Oswald's, Solved," had appeared this morning at the website of The New York Times.

It wasn't the instigator, but more like a kind of confirmation for me: people aren't just seemingly more prone to believe in conspiracies... they're also constantly being fed content with a conspiratorial slant (whether for, or against in the very end, as with the case of the NYT article). So what's the appeal, and perhaps more importantly, what can we learn about ourselves from studying the apparent conspiracy culture of today?

One thing we know is that there is historical precedent for actual conspiracies, and that in at least some cases, there are indeed instances where hard evidence for them can be provided. Some may choose not to believe these things (constituting what we might call "denialists"), especially in the event that what they entail is so awful that it challenges people's perceptions of the "good" role a governing body like the United States government is supposed to play. However, knowledge of warped experiments the likes of the MK-ULTRA mind control programs carried out by the CIA decades ago (for which a number of actual documents have been declassified and released to the public) not only prove that government agencies have, in the past, been willing to engage in unethical operations that potentially risk the safety of innocent citizens, but in doing so, it also feeds into the roots of suspicion that began breeding among the conspiracy crowd decades ago.

I should point out here that, on a somewhat personal note, my own research into conspiracy theories does not seek to present such information as "advocacy" or "belief," so much as it seeks to examine the cultural implications of belief in conspiracies, and of course, to look at whether there are actual facts that support such allegations on a case-per-case basis. If we were to seek to define the term "conspiracy," I feel the concept could be best described as a secret plan by a group to do something unlawful or harmful. Wikipedia's Wiktionary similarly defines a conspiracy as, "The act of two or more persons, called conspirators, working secretly to obtain some goal, usually understood with negative connotations."

Within this definition, I would feel comfortable designating a program like MK-ULTRA, a secret program where American citizens were harmed or mistreated, without consent, for purposes of gaining insight into the nature of potential mind control techniques used for purposes of espionage, as a valid conspiracy. 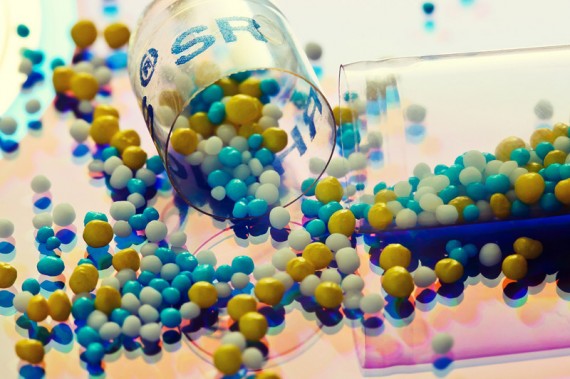 However, a skeptical aquaintance of mine recently pointed out that there is "another take" on the matter that I should examine, directing me to an article by one of my favorite skeptical writers, Brian Dunning, who produces the Skeptoid Podcast. Dunning correctly outlines the MK-ULTRA program in his article, The Secrets of MK-ULTRA, in addition to noting that the program didn't manage to attain the kind of results the CIA had hoped for, despite committing terrible ethical violations against the populace:

[I]n short, the CIA was never able to achieve the type of mind control that it wanted, and so [MK-ULTRA] was eventually terminated... Because of the secrecy and ethical violations, the CIA destroyed all the documents, with the exception of a few that have turned up here and there over the years from misplaced archives. What remains has all been declassified, and can now be freely downloaded... MKULTRA never learned anything that we don't know now. From an ethical perspective, documents of some cases exist, and some don't. It's probable that we don't know the worst of the ethical violations, and possible that we never will.

Dunning continues to say that, "as you can easily imagine, conspiracy theories surrounding MKULTRA are nearly endless," as a result of the destruction of the various documents associated with the program. It is at this point, however, that we find an interesting element that emerges in our analysis of the so-called "conspiracy mind": that there is indeed a big difference between a conspiracy and a mere conspiracy theory.

Dunning is, in my opinion, a grade-A skeptical writer, who like many other grade-A writers (in both the paranormal community, as well as the skeptical ones) represents one of a few from both camps that seeks to do actual research, and spends a little time reading and comprehending the facts surrounding any situation before prejudging. Though Dunning takes a stated skeptical slant with all his writing, he nonetheless acknowledges those facts for what they are, without trying to sensationalize them. Whatever your world-view, and whether you define yourself a "believer," a "skeptic", or a middle-of-the-road, unbiased fact-seeker (such as myself), I find this position to be respectable.

Conversely, I have observed in the past, how a few of his readers take articles like Dunning's analysis of MK-ULTRA and use it in attempts to "debunk" the program entirely. In other words, just like the "blind faithful" in conspiracy and, yes, paranormal circles who, rather than doing their own research, would remain content simply to read what Nick Redfern, David Weatherly, or yours truly would write, and then proudly proclaim they are "believers," many of Dunning's readers do the same thing: they read what he writes, and then use it as a basis for substantiating their own preconceptions toward disbelief. Thus, some may incorrectly assert that MK-ULTRA has been "debunked," when nothing could be further from the truth.

In defense of Dunning, of course, he doesn't try to "disprove" MK-ULTRA, as some would claim, nor does he say that, by definition, the program did not fit the criteria for being a conspiracy. He does, however, argue (correctly) that proof that the program once existed does not necessarily prove that similar programs still exist today, or have continued covertly. While that possibility exists, the difference is that while one was an actual conspiracy, the latter is the essence of a conspiracy theory, something that cannot be proven, and is based largely on speculation.

But because of programs like MK-ULTRA, once this level of secrecy and pure deception became public knowledge, members of the populace ranging from concerned citizens and advocates, to members of government and elected officials, became wary of the fact that a government agency would ever carry out such atrocities. Though knowledge of the programs wouldn't become publicly available until much later, perhaps even greater concern over conspiracies would famously erupt around the assassination of President John F. Kennedy, an item that remains hotly debated to this day, with allegations of an "inside job" that was covered up by Kennedy's successor, Lyndon B. Johnson, among others. Who knows if this is indeed the case... although it's not the conclusion made by the Warren Commission, which had been tasked with investigating the truth behind Kennedy's death, and whether the presumed gunman at the time, Lee Harvey Oswald, had indeed acted alone. 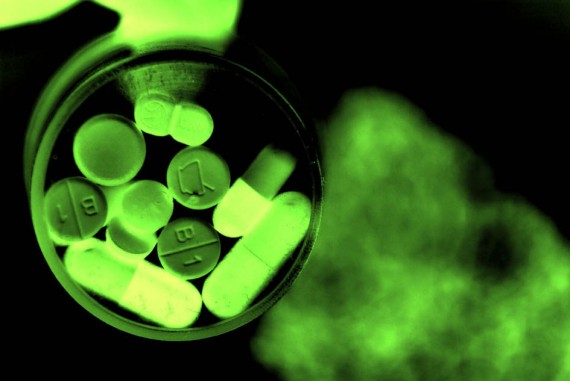 The Warren Commission's findings, it should be noted, have also been criticized for the way in which certain elements of the investigation were handled, which in itself remains a contentious issue. Furthermore, proving that Lee Harvey Oswald had been the lone shooter does not remove the possibility that he might have been influenced by other groups or individuals... an idea supported by at least some circumstantial evidence that has emerged over the years. For instance, Oswald's wife, Marina, has suggested during interviews that she and her late husband had been close with George de Mohrenschildt, a petroleum geologist who had befriended a number of reputable or otherwise noteworthy families, including that of Jackie Kennedy, George H.W. Bush, and, later on, the Oswalds. It is not proven that de Mohrenschildt had been under employ by the CIA at the time of his association with Oswald, but it is known that de Mohrenschildt had been briefed by the group, as many Americans travelling internationally had been during the period. Additionally, de Mohrenschildt had written reports for agencies including the State Department, based on his travels and business interests. If de Mohrenschildt, or for that matter, any other party had been somehow involved with Oswald's presumed plot to kill Kennedy, again this might point to what, by definition, would be called a conspiracy... with or without there having to be a second gunman assisting from a grassy knoll nearby. However, it should be noted that these connections between de Mohrenschildt and Oswald, while bearing certain provable elements, also rely a good bit on speculation.

Again, what such famous instances as MK-ULTRA and the JFK assassination point to, at the crux of the matter, is that because of the actual presence of conspiracies in our culture, conspiracy theories seem to have become exponentially more widespread. This phenomenon is further exacerbated by the media's treatment of controversial news stories, the likes of the Boston Marathon bombing and the Newtown Connecticut school shooting, in which rampant speculation proliferates in the absence of fully disclosed facts pertaining to such cases in the hours and days following such tragedies. What the mind is lacking, it substitutes with speculation, and in doing so, the act of gap-filling often leads to the birth of conspiracies.

While we would be wise to point out the leaps in logic that conspiracy theories often require, we would be naive to paint all instances where conspiracies are alleged with the same brush. Quite obviously, there are instances where history shows that conspiracies can, and often do take place. We should be careful, however, in filling in the gaps between such cases, and fuelling the ever-burning fire of "the conspiracy mind" that continues to haunt us today.

Reflections on Mirrors, Ghosts, and Souls