In 1954 a sci-fi story, titled The Body Snatchers and written by Jack Finney, appeared in serial form in Colliers Magazine. In the following year, 1955, it surfaced in full-length book form. One year later, it was made into a classic and excellent piece of big-screen paranoia: Invasion of the Body Snatchers, starring Kevin McCarthy. A pretty good remake appeared in 1978, with Donald Sutherland taking the lead role. A not bad version - Body Snatchers - hit the cinemas in 1993. And a downright, bloody awful version was unleashed in 2007: The Invasion.

Most people know the general scenario of the story, even if they haven't seen the film: the Earth is being invaded by hostile extraterrestrial entities. But, the takeover of the planet doesn't occur in a laser-guns-blazing, Independence Day-style assault. Indeed, there's not even a single UFO in sight. Just a bunch of curious-looking flowers that are springing up all over the place. Things quickly progress, albeit not in a good fashion.

People are quietly, systematically, and one by one, replaced by identical clones of themselves, which are grown in giant-sized pods. The clones, however, are cold, emotionless monsters. And, when they spring to life, the person whose appearance they have adopted, dies.

Now, I have to say that for the most part, I'm not a fan of sci-fi, at all. Tedious movies and TV shows set on faraway worlds populated by people in silver suits, with  stupid names, and characters that geeks and freaks actually think are real (no, they are not: they are actors), bore me rigid. But, I do like a bit of conspiracy-based and paranoia-filled sci-fi now and again, such as The Invaders, The X-Files (until it became crap by going on for way too long), and Dark Skies. But it would most definitely be hard to beat Invasion of the Body Snatchers in the paranoid stakes.

So why am I mentioning all this? Well, as incredible as it may sound, there are those within some of the more extreme fields of conspiracy-theorizing who actually do believe that - wait for it - WE ARE BEING REPLACED! That's right: remember how chatty your neighbors used to be, but today they only give you a cold stare? Yep, dastardly lookalikes. The girl on the check-out counter at the local-store who never smiles? She's one, too. Then there's you pet cat that refuses to sit on your lap when you tell it to. Oh, hang on, that's because it's a cat.

What about our politicians? Wiped out and replaced by lifelike doubles, all thanks to the Illuminati or some other such secret body. And on this latter issue, of our elected leaders, I recommend you type the following words - "politicians replaced by clones" - into the world's most famous search-engine and you'll see exactly what I mean about belief in such matters. 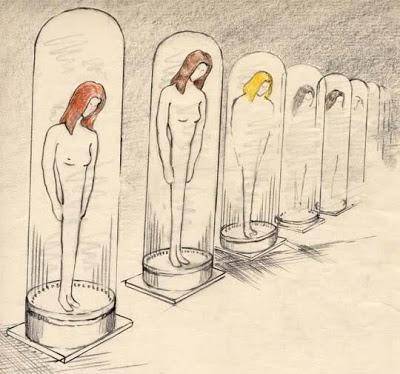 Do I think that we really are being replaced by highly sophisticated, evil lookalikes? No, I do not. But, I do find the whole thing fascinating, from the perspective of why people believe that is exactly what is going on. Certainly there is no shortage of these tales. Back in the mid-to-late 1990s, several British-based UFO investigators (including some from the now-defunct newsstand publications of that era, such as UFO Magazine and UFO Reality) were given the details of a bizarre story that, they were assured by their Deep Throat-like sources, was absolutely true.

So the tale went, late one night, at some point around 1991 or 1992, a number of animal-rights activists broke into Porton Down, Wiltshire, England - one of the most secretive installations in the UK, whose work focuses to a very significant degree on matters of a chemical and biological nature. If a real-life zombie apocalypse ever erupts, none should be surprised if it begins at Porton Down.

When the activists were actively searching for all the many and varied animals they were intent on freeing - mice, rats, monkeys and so on - they entered a room which was filled with dozens of approximately 8-foot-long containers, all carefully positioned on sturdy tables and all containing seemingly lifeless, or sleeping, duplicates of famous, then-current British politicians. The terrified activists fled Porton Down, never to return. Of course, the outlandish tale has never been verified, and as for the activists, there's not a single one who has gone on the record. Well, fiddle-de-dee.

It must be said, too, that stories of people going into the "wrong room" and coming across something terrifying are commonplace within Forteana. I very well remember being told a highly disturbing story - probably around 1995 or 1996 - of someone who took a wrong turn in a British hospital years earlier, and entered a room filled with dozens of people - from babies to adults - all exhibiting hideous and impossible deformities. Again, no proof, or a name, was ever forthcoming.

In the late 1970s, and throughout the 1980s, "crashed UFO" researcher Leonard Stringfield was given dozens of accounts of military personnel going down the wrong corridor, opening the wrong door, and seeing alien bodies, cryogenically preserved in missile-like containers. They were warned to never, ever reveal what they had seen. Clearly, then (to me, at least) the Porton Down story is simply a piece of entertaining folklore of very similar proportions.

And, on the matter of politicians being replaced: one of the most hilarious things I ever heard was that you can easily tell the ones that are the clones. Want to know the secret? Well, here it is: when a politician gets elected, if he or she breaks the promises they made before they were elected, that's a definite signal they have been replaced. Er, no it's not, actually. Politicians make and break promises for one single reason: they're politicians! That's what they do! And the voters fall for it, time and again. No need to invoke weird tales of duplicates, whether originating  in outer space or from the dark depths of a secret, government lab. 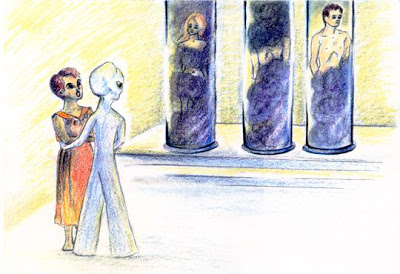 One of the days I may actually get around to writing a book on all this, as the amount of data on this topic is enormous - even though much of it seldom surfaces outside of certain research circles of a very select type. Of course, if the believers don't hear or see things they like in that theoretical book, it surely won't be long before we hear those words: "Nick Redfern has been replaced." Well, if I stop wearing black, stop listening to punk rock, stop watching horror movies, or refuse the offer of a pint of beer at a UFO conference, they might just have a point...