5 Giant Cryptids from Around the World

Though cryptids like atmospheric beasts and sheepsquatch are fantastical creatures unlike any known animals, some cryptids are merely super-sized versions of existing species. Name an animal or insect and chances are good that someone, somewhere (or several people in numerous locations) claim enormous versions of the creature exist. With that in mind, here are five giant cryptids from around the world. Which do you find the most terrifying? Discovered in Laos in 2001, the giant huntsman spider has a frightening twelve-inch leg span (30.4 centimeters). However, rumor has it much larger spiders dwell deep within the jungles of Africa.

According to English cryptozoologist William Gibbons, Baka natives claim spiders with a leg span of three to five feet (91 centimeters to 1.5 meters) call the Congo home. Known as j’ba fofis, the Baka phrase for giant spiders, these creatures are generally brown in color and prey on birds, antelope, and other small animals.

In 1938, a pair of British explorers reportedly encountered a spider with a three-foot leg span while motoring along a remote trail in the Belgian Congo. J’ba fofis were once numerous, natives claim, but are now dwindling due to deforestation. 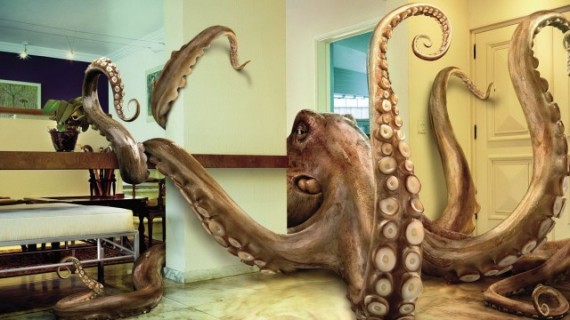 Legend has it Oklahoma, a land-locked state in the Southern part of the U.S., is home to most unexpected beasts: giant, freshwater octopi.

According to local legends, the horse-sized octopi dwell within three of the state’s lakes: Lake Thunderbird, Lake Tenkiller, and Lake Oologah. Some Native American legends describe the reddish-brown beasts as leeches with tentacles, and though there haven’t been any modern-day sightings, some Oklahomans wonder if the creatures are behind the state’s rising rate of unexplained drownings. In 2012, Animal Planet featured the Oklahoma Octopus legend in one of the network’s Lost Tapes segments (below).

Scientists have yet to discover a freshwater octopus of any kind, though some saltwater creatures, like jellyfish, have managed to adapt to freshwater environments. The largest known bat in the world, the flying fox, weighs up to 2.5 pounds (1.1 kilograms) and has a wingspan of nearly five feet (1.5 meters). However, a bat cryptid on the Indonesian island of Java is reportedly much larger.

According to local reports, the ahool is a fish-eating bat with gray fur, a flat skull, and a 12-foot wingspan (3.7 meters). Some cryptozoologists believe the ahool is a mutant bat or surviving pterosaur, while skeptics wonder if eye witnesses are misidentifying one the island’s large, earless owls. Some theories even suggest the ahool, named after its chilling howl, is a flying primate.

The crew of Syfy’s Destination Truth searched for the legendary ahool, but the blood-thirsty bat eluded them. 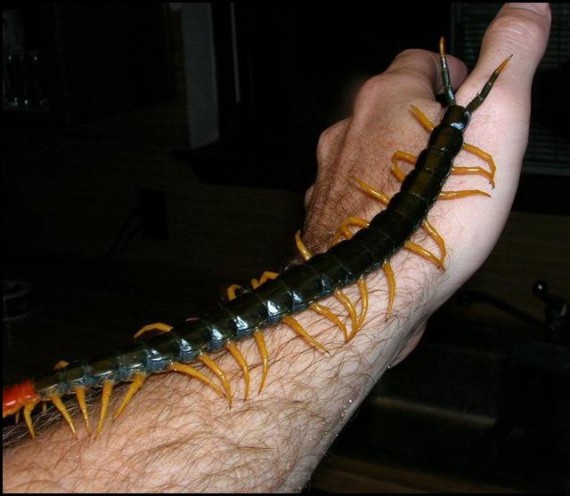 Giant centipede tales exist all over the world including South America, Japan, and the United States. In the Amazon, there are tales of a centipede several times longer than scolopendra galapagoensis. Animal Planet suggests that the cryptid could be a surviving member of the euphoberia family which included massive centipedes that reached lengths of 3 feet 4 inches (1 meter). Tales from America’s Arkansas and Missouri Ozarks speak of centipedes reaching 18 inches (45.7 centimeters) or more while Japan is home to the legendary Ōmukade, a mountain-dwelling centipede with a taste for human flesh. 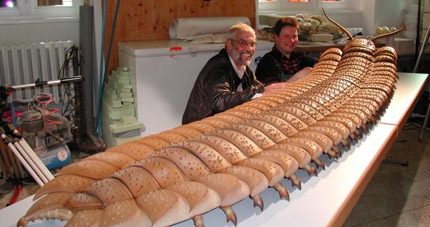 South America’s green anaconda is the largest known snake in the world, capable of reaching lengths of 29 feet (8.8 meters) and a whopping 550 pounds (270 kilograms). However, legend has it the anaconda can grow much larger.

Reports of monstrous anacondas come from both South American natives and European explorers. The more modest claims place the jungle snakes at 34 feet or longer (10.4 meters) while the more outlandish tales speak of anacondas reaching lengths of over a hundred feet (30.5 meters). Despite a $50,000 cash award once offered by The Wildlife Conservation Society, no one has been able to capture a live anaconda (or any snake) over 29 feet in length.

Like the freshwater octopi of Oklahoma, the giant anaconda appeared on a segment of The Animal Planet’s Lost Tapes. The crew of Destination Truth also investigated giant anaconda claims but came up empty handed. 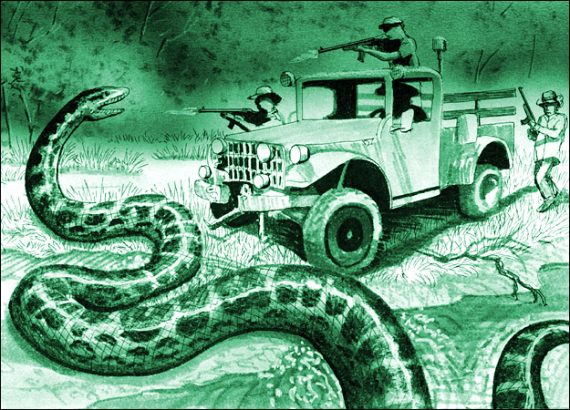 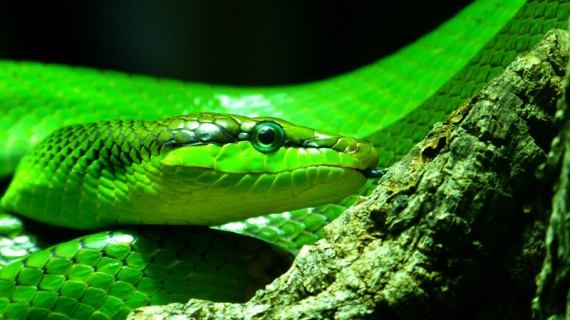 Do giant spiders, snakes, and centipedes truly roam the Earth's jungles? While some of the cryptids above may seem outlandish, scientists discover strange new species each year. Who knows what's out there.