An Anniversary of Terror

Twenty-five years ago this very week, a  deeply strange series of events kicked-off in Rhayader, which just happens to be the oldest town in mid-Wales. The location for all the unsettling weirdness was highly appropriate, since the town and its immediate surroundings are steeped in centuries-old myths, legends, fables and folklore. On top of that, the area is peppered with ancient, standing stones, which were carved and put into place by the ancients.

Numerous axe-heads, many dating back more than 5,000 years, have been unearthed from the green fields of Rhayader. On top of that, back in 1899, on the town's Gwastedyn Hill,  a wealth of fine, gold treasures and jewels was dug up. It was a discovery that led to theories that the priceless find had once been the belongings of a long-dead, 5th century princess - one Rowena, who was the wife of a local and ruthless ruler of that bygone era, High King Vortigern.

And, now, with the background data concerning historical Rhayader in place, onto the story - or, rather, the monstrous anniversary of the 25th kind. From the first week of September 1988 to December of that year, something strange, something ominous, and something almost Lovecraftian, descended upon the old town and plunged the locals into states of  deep terror and overwhelming anxiety. 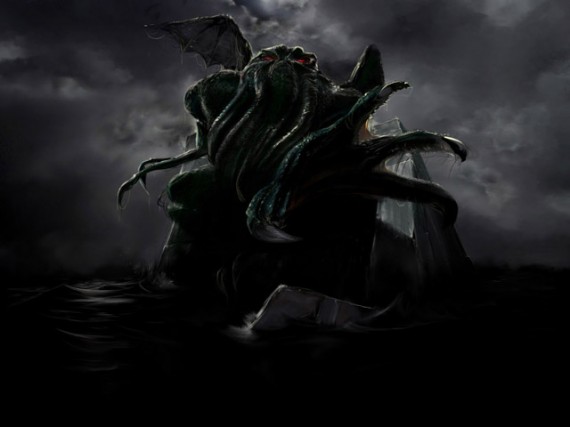 The story is a bizarre one that, even now, exactly a quarter of a century down the line, has never been solved, which is hardly surprising. All that can be said with any degree of certainty is that a violent, marauding and deadly beast was roaming the green fields and hills of old Rhayader by night. We know this, as in no time at all it slaughtered numerous and varied farm animals.

Its mode of attack was as intriguing as it was undeniably bizarre. Initial theories pointed towards the possibility that the violent culprit was a big cat. Certainly, as I have noted here at Mysterious Universe on several occasions, hundreds upon hundreds of so-called "Alien Big Cats" have been seen roaming the UK, and for not just decades but for centuries. Where they come from is a matter of deep debate. But, to be sure, they are out there.

In view of this, and at the time, it seemed fairly safe to assume that just such a large, predatory cat had decided to focus on, and feast on, the unfortunate animals of Rhayader. There was, however, one major problem. The nature of the killings did not reflect the typical attacks of a large, powerful cat. Generally, big cats do not first tear into flesh and crunch down on bone. Rather, they will go for the throat. This is the quickest and surest way to ensure that life is extinguished.

Whatever the identity of the killer-beast of Rhayader, however, it took a decidedly different approach to that of a large, wild cat: all of the animals, which were chiefly - but not exclusively - sheep, were killed by a single bite to the sternum, which is better known, of course, as the breastbone. And it was a bite that extended to a very deep level. Moreover, not a single, additional, telltale mark of the attacker was found anywhere else on any of the slaughtered animals. 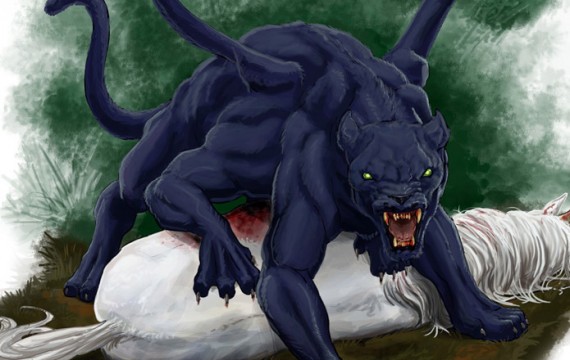 The one locale that the beast targeted most frequently was the Bodalog Farm, which was run by the Pugh family. Almost three dozen of the Pugh's sheep became victims of the merciless killings - all of which occurred late at night, or in the early hours of the morning, and long after the Sun had set on the town. Hardly surprisingly,  it was not long at all before the nation's mainstream media descended on the scene to try and figure out what was afoot. They utterly failed, despite seemingly baffling attempts to blame everything upon a "black panther" and nothing else.

The next step was to bring in hunting-dogs, to see if they could shed some light on the monstrous mayhem. No luck there: they failed, too, despite the fact that there were indications the hounds had, on several occasions, picked up the scent of, well, something. On top of that, not a single, solitary paw-print - of the type that would have made identifying the attacker relatively straightforward - was ever found in the vicinity of the dead sheep.

At the height of the investigations, however, a discovery was made. Unfortunately, it did not serve to lay the matter to rest. In fact, it had the opposite effect: it increased the mystery and raised terror levels to stratospheric heights.  Very near to where many of the dead farm animals were found, there were large patches of flattened grass.

They gave every impression that something had been slowly circling the sheep, before lunging forward and plunging its fangs into their bodies.  When the flattened areas were  mapped, one by one, it revealed something incredible: they led to the banks of none other than the 134-mile-long River Wye.

Suddenly, all talk of big cats was gone.  The people of Rhayader were now quietly musing upon the disturbing possibility that a giant, marauding serpent of some sort was the culprit behind all of the carnage. But what kind of snake could have survived in the cold weather of Wales in late 1988? Let's face it: it's hardly the Amazon or the Congo! This is a matter noted by fellow monster-seeker and good mate, Richard Freeman, of the Center for Fortean Zoology. 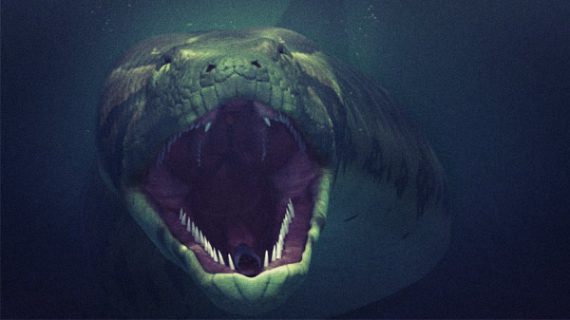 He noted of such a theory: “Britain’s only venomous snake, the adder Vipera berus, is far too small to have killed all these sheep. This case begs many odd questions: why would an animal go to all the trouble of wasting venom and energy killing so many sheep, then not eat any? If it was a large, exotic, venomous snake that had escaped from captivity, how did it cope with October in Wales?” Exactly!

Formerly a keeper at England's Twycross Zoo - and having specifically worked at the zoo with reptiles - Richard was bang on target. No large snake could have lived, hunted, and wholly evaded local police, the media, and hunting-dogs in the cold Rhayader climate of late 1988.

As for the truth behind the mystery, well, it has never surfaced. As December 1988 rolled around, the killings suddenly ceased. The monster of Rhayader - whatever it was - was suddenly gone. Whether some unknown, infernal beast of the cold waters of the River Wye, we'll likely never know. But, as the 25th anniversary is now upon us, doubtless some of the people of that old town will be thinking back to that mysterious few months when fear reigned supreme in Rhayader.