Do You See What I Hear? Mysterious Disembodied Voices

The cold concrete basement was empty except for the four of us sitting on metal chairs around a cheap table playing cards on a Saturday night. Victor built this house, a relatively new ranch-style home, in a small, quiet town in the Midwest. Nothing other than scrub had been on that spot before this part of town was developed, at least that he knew of. We were alone, that’s why the voice bothered us.

The crisp snap of an opening beer can cracked across the table as I dealt the cards. We’d only been at the card game an hour, when our evening turned into something unexpected. A woman’s voice clearly said, “Victor,” from the far corner of the basement.

There was no other furniture in the basement, no unpacked boxes, no electronic devices save for the lights, and the beer fridge, and there was definitely no woman in the corner.

“Did you hear that?” Pat asked.

What did we hear? A ghost? A time slip? Or something wicked? Regardless, disembodied voices are more common than mainstream people comfortable in their worldview will ever know

Voice under the bridge 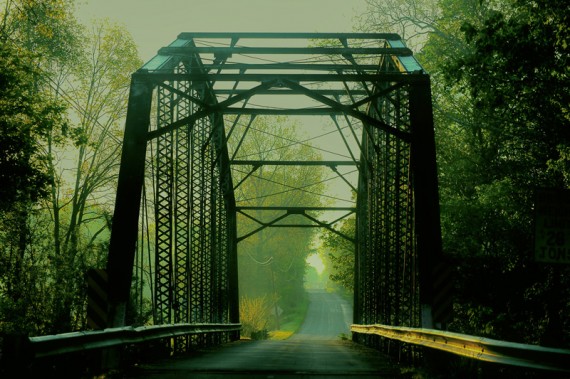 An old bridge crosses West Yellow Creek just off Jarboe Road in rural Linn County, Missouri. The gravel road between Brookfield and Marceline used to cross the bridge, built in 1920, until a new bridge went up in 1996. But people in the area still talk about the old bridge, and its ghost.

Paranormal investigator, Ryan Straub of Centralia, Missouri, grew up in nearby Marceline and knows the story well. According to legend, a man was killed there. “There was a man walking home from a party,” Straub said. “He was drinking and was picked up, mugged, and had the crap beat out of him and left to die by the old bridge. He haunts that bridge down there and he can be pretty vengeful.”

Locals say visitors to the old bridge often report feeling like someone is watching them. Straub first investigated the legend of Jarboe Road at about 1 or 2 a.m. June 13, 2003 – a Friday the 13th – during a full moon. When Straub stepped from his vehicle, the area felt strange. “It was extremely quiet,” Straub said. “What’s weird about that is it was summer; locusts and all sorts of noises you can hear. It was almost too quiet. That uneasy calm feeling.”

As Straub approached the bridge, he found he wasn’t alone. “Where that bridge is, there’s not a whole lot around it,” he said. “I was by myself. I kept hearing something telling me to come down under the bridge.” The voice was male and insistent. “It sounded like a younger man. I was 19. It sounded like he was 25 to 30 maybe,” he said. “The average man’s voice sounding like he wanted me to come down there.”

Who the hell’s out here with me? ran through Straub’s head as he felt the hair on his head bristle. “My shock got turned into curiosity,” he said. Straub flicked on his torch and the beam cut through the darkness. He worked his way down the embankment toward the underside of the bridge. “I’m either stupid or crazy or a little bit of both,” he said. “There was no one down there. There was no one in the woods. Something was calling for me, but nothing was down there.”

Words from the Family The voice came from downstairs, but Alex McFeeters didn’t know why he heard his father’s voice. His father, Craig, wasn’t supposed to be home. “Alex, come down here,” the voice said.

Alex went downstairs; maybe his father had gotten home early. “He said that it sounded like I was sitting in the recliner that I normally am sitting in, and that was where the sound came from,” Craig said. “He was surprised to see that I wasn’t there in the recliner.”

Alex walked around the house, but couldn’t find his father; Craig’s truck wasn’t in the drive. Alex realized something chilling – his dad wasn’t home. “I asked him if he was certain that it was my voice,” Craig said. “He said that it was my voice, it wasn’t someone else’s.”

Craig has heard the disembodied voices of his family for years. “Numerous times I would be in the basement of our old house on the computer and I would hear my wife holler downstairs for me,” he said. “I would go upstairs and no one was home.”

Craig’s wife heard this, too. One day as she sat in the downstairs office, working on the family’s computer, someone called to her. “She heard me open up the door at the top of the steps and holler down for her, calling her name, and then she heard nothing,” Craig said. “After a few minutes she came upstairs, and no one was home. This spooked her a bit.”

Then the voices, always of family members, began shouting out more and more often. “We aren’t hearing someone else coming into the house, or calling for us, we are hearing the actual sounds and voices of people in our family,” Craig said. “I’ve heard my wife, she has heard me, our son heard my voice, so what is going on here?”

The Voice from the Closet 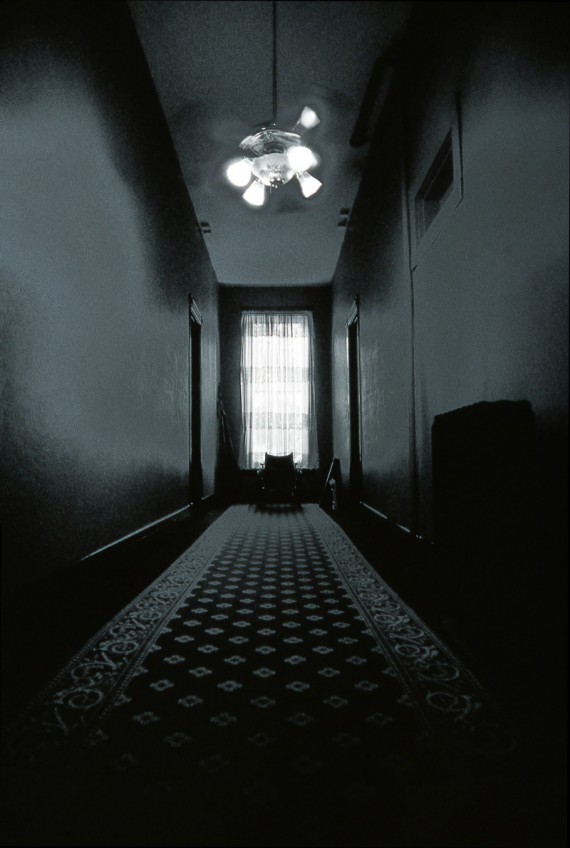 Daniel Natal’s aunt heard him call to her from somewhere in the house. She walked from room to room, searching for him, but couldn’t find him because he wasn’t there. This incident marked the first time a member of Natal’s family heard a disembodied voice, but it would be far from the last. “The second instance was related to me by a cousin who said that he heard me calling him from his upstairs bedroom,” Natal said. Natal’s voice kept saying, “In here. In here.” As Natal’s cousin followed the voice, it led him to his bedroom closet. He opened the closet, but Natal was not there. He found Natal outside playing basketball.

This wasn’t the last time Natal had to deal with disembodied voices. “About six months after the first instances, I received a phone call from a friend in Idaho,” he said. “She informed me, to my dismay, that she had just gotten off the phone with me.” Natal hadn’t talked with this friend in eight months. “She expressed scepticism, thinking I was pulling some prank,” he said. “I was adamant, though. I had not phoned her.”

However, she was just as sure he had.

“But I just got off the phone with you,” she told him.

“Maybe it was someone who sounded like me,” he suggested.

“I think I would have been able to tell the difference after a 20-minute phone-conversation,” she said.

The thought of someone posing as Natal capable of holding a long telephone conversation with a friend shocked and somewhat frightened him. “Whatever was imitating my voice had done so now for an extended period,” Natal said. “That event happened about 10 years ago, but the phenomenon hasn’t stopped.”

And that haunts him. “What the hell is going on? Inter-dimensional lapses? Mischievous imps? Mind-energy projected outward to create doppelgangers?” Natal said. “Whatever it is, it isn’t isolated to telepathy and assumptions of family-members coming home. It’s something far, far more complicated.”

Monsters on the Rampage!