A few days ago, I received a review copy of the new book from cryptozoologist Ken Gerhard. Published by Llewellyn, its title is Encounters With Flying Humanoids. Ken is the author of a number of previous books, including Monsters Are Real, Big Bird!, and (with me) Monster of Texas. And, I'm very pleased to say, the book does not disappoint. Indeed, I read the whole thing in one sitting - which is a sure sign that the book is a very good one!

As you will surmise from the title, Ken's latest release is a study of all manner of weird winged things that appear to be at least partly human-like, but part-something very different, too. Before I get to the book itself, it's worth noting that Encounters With Flying Humanoids is an excellent companion to Ken's Big Bird! book, which deals with sightings of winged monsters of the specifically giant-bird and pterodactyl variety. So, with that said, onto Ken's newest.

It must be stressed that this is a book that very much needed to be written. There have, of course, been numerous books published over the years on such famous cryptozoological winged beasts as Mothman, the Jersey Devil, and England's Owlman. What has been sorely lacking, however,  is an excellent, comprehensive, in-depth study of all these and numerous other, similar creatures seen across the planet and spanning the centuries. Now, finally, we have that in-depth study. 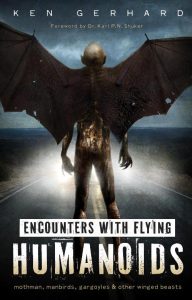 Encounters With Flying Humanoids is a book that will appeal to those fascinated by Cryptozoology, Forteana as a whole, the UFO issue, folklore, and ancient history - the primary reason being that Ken skillfully makes it clear that many of the mysterious flying people of our planet seem to be tied to all of these domains, to varying degrees.

It becomes obvious from reading Ken's atmospherically-written work that the winged humanoids of the title fall into several, clearly delineated categories: (a) monstrous, flying animals with humanoid forms; (b) literal winged men and women; (c) entities that seem to be soaring the skies via the use of jet-packs and advanced technologies; and (d) beings that seem far more paranormal than they do flesh and blood. In other words, no stone (or creepy critter) is left unturned.

As for the content, you will not be disappointed. Yes, in a book like this it's vital that the most famous winged beasts of all - such as the aforementioned Mothman, Owlman, and the Jersey Devil - are covered. And Ken does exactly that. But, what's refreshing is that it's not just a case of going over old ground. It's the exact opposite. 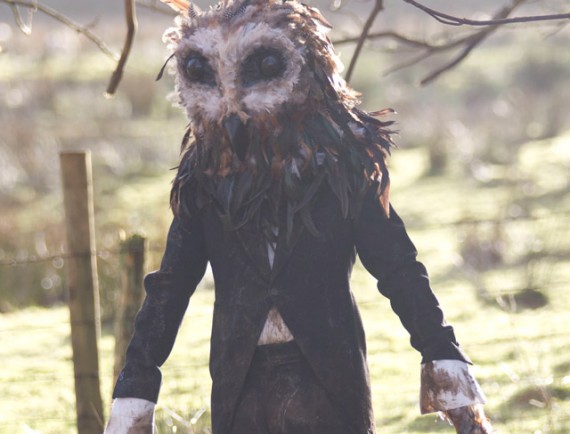 Ken personally travels to Point Pleasant, West Virginia to seek out the truth of Mothman. He finds new cases and even attempts to capture the beast's antics on motion-activated cameras. He also uncovers a very intriguing, and previously unknown, sighting of the Jersey Devil, and much more, too.

But, what I think will fascinate readers is the sheer wealth of reports on a multitude of other, far less known encounters, many of which come direct from Ken's very own case-files and witness-interviews. It's this material, in particular, that really serves to demonstrate that the flying humanoid is very much a worldwide phenomenon - and an infinitely ancient one, too.

In fact, I suspect many readers will come away from the book with a whole new appreciation of the sheer scale and diversity of reports, as well as the astonishing geographical range of these mystifying monsters of the skies above. South America, the UK, Puerto Rico, the United States, Poland, and countless other locations are featured, as Ken surfs the globe in search of answers.

I have to say that some of my personal favorites include the "Houston Batman" of 1952, the "demonic winged entity" of Nebraska, and the flying nightmare of Kansas City that displayed bat-like wings, leathery skin, and "a long, curved beak and dark, deep-set eyes." Doubtless, you will soon have your very own favorites.

What I found notable were the responses of the witnesses to these strange, flying anomalies. In many of the cases, sheer terror was the only outcome. Of course, that's to be expected. But, this wasn't just due to the fact that the creatures looked weird and imposing. Rather, I got the sense that many eye-witnesses perceived these things as being menacingly malicious - almost as if the beasts represented the very force of evil itself, but manifested in the form of winged monsters.

Moving on, there are more than a few accounts in Encounters With Flying Humanoids where the witnesses suffered significantly from what my good friend, and fellow monster-hunter, Jon Downes calls "psychic backlash."  That's to say, cases where witnesses  - specifically after their experiences - had runs of bad luck, physical illnesses, and night-terrors. On similar territory, Ken highlights the ominous Skree, a Harpy-like monstrosity that seems to act as a Grim Reaper-type beast. 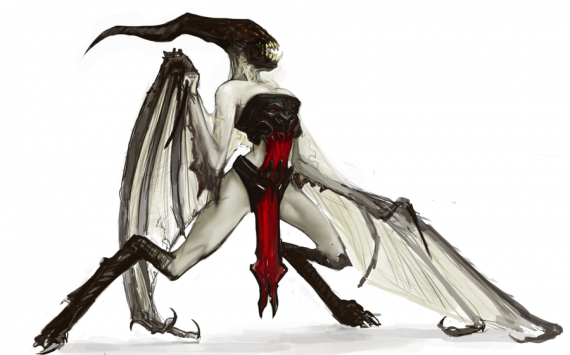 I mentioned earlier that Ken touches upon UFOs, too. In these sections of his book, we are treated to Ken's takes on the famous Flatwoods Monster, the Kelly-Hopkinsville affair, the Men in Black links to Mothman, and a great deal more besides, including encounters near Mount Rainier, Washington State, where pilot Kenneth Arnold had his now-legendary "flying saucer" encounter back in the summer of 1947.

I will not spoil the ending by revealing Ken's personal conclusions on what these sky-terrors may actually be, but you'll definitely find those conclusions fascinating. And even chilling. Along with a fine foreword from Dr. Karl Shuker, an excellent section on winged humanoids in mythology (such as Orang-bati, the Tengu of Japan, the Garuda, and the Assyrian Pazuzu), and a great selection of very cool and atmospheric artwork, Encounters With Flying Humanoids is - for me, at least - the best cryptozoological book of the year.

The Condon Report: Decades-old Death Nail, or a Call for Action?