Gargoyles of the Lone Star State

One of the most notably odd things about my home-state of Texas is the large number of strange "winged things" that dominate the skies of the Lone Star State. In our book, Monsters of Texas, fellow creature-seeker and good friend Ken Gerhard revealed the details of an intriguing story told to him by a south San Antonio business owner. As Ken noted, the man told him of a "...weird episode from the 1970s that he remembered being reported in local newspapers, as well as on some television news broadcasts."

Ken continued: "It apparently involved a gargoyle like monster that most resembled a winged dog." According to Ken's informant, the event occurred, "...off of Poteet Highway during late 1975 or early 1976. The creature had evidently scratched at the windows of a house and then flown onto its rooftop. That’s when the cops were called out. A number of officers started to shoot at the thing and it disappeared into a wooded area, never to be seen again."

Interestingly, specifically flying gargoyle-style beasts pop up regularly in Texas lore. Here's just one example from my files. From late 2001 to early 2002, I lived in a little west Texas town called Littlefield. While there, word soon got around the close-knit community that I had a “strange job.” As a result, one day there was a knock at the door: it was an elderly couple, related to the guy who lived next door, and who had suggested to them that they speak with me.

I invited them in and they explained that they had an unusual story that they were looking to tell, and that concerned events that had occurred back in the mid-1940s when they were teenagers. According to the account, the first incident occurred in the early months of 1946 at an old, large house that until the early 1960s had existed on the edge of town, and where two aged and eccentric sisters lived in absolute seclusion.

Supposedly, on one occasion in the dead of night, a group of local kids playing in the area and scaring themselves stupid by walking around the old, dark building had seen two, eight-foot-tall, humanoid creatures climb stealthily out of the building’s cellar. And...they eerily resembled gargoyles. 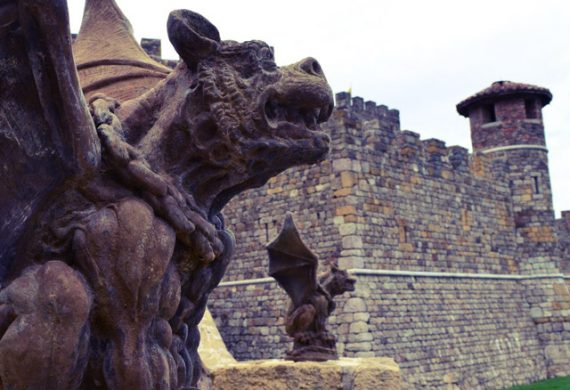 Not only were the creatures eight-foot-tall: they were also gray of skin, had large, leathery wings, and glowing red eyes. In other words, they weren’t local folk. The monstrous pair apparently turned sharply as they surfaced from their underground lair and stared intently at the kids, then broke into a hopping-style run, opened their immense wings and soared majestically into the starlit sky. One interesting observation was that the limbs of the creatures looked almost hollow against the background of the full moon that loomed overhead.

Perhaps even weirder was the fact that as the kids exited the area at what was an unsurprisingly high speed, two of them caught sight of the elderly sisters, grinning maniacally at them out of a downstairs window of the house. The couple also informed me that a similar creature, if not one of the original two, was seen several months later standing in the middle of the local highway by a terrified motorist in the early hours of the morning while issuing a woeful moan.

That, in essence, was the account. I had no idea if it was genuine; and, as the couple told me, the key witnesses in the tale had all gone to their graves at surprisingly young ages – all supposedly killed in a variety of seemingly unlikely accidents. I nodded, preferring not to air my deep suspicions that this was simply a tall-tale designed to determine how gullible I was.

Of course, all towns and villages – whether in America, Britain, Germany, Australia, Russia, or indeed anywhere – have their own, unique folk tales and legends, and perhaps this was Littlefield’s. 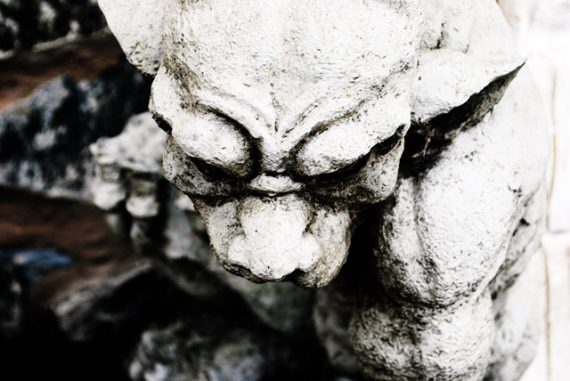 But there was one thing that was genuinely intriguing about the Littlefield story and that did strike a chord with me: only months before this tale was told, a practically identical story had been related to me in the ancient British town of Glastonbury by a man named Colin Perks, who in 2000, and after delving into legends concerning King Arthur, had (allegedly)received a hellish, midnight visitation from a creature that sounded astonishingly like the beasts of Littlefield.

The extraordinary fact that here I was, directly immersed in both tales but quite literally on opposite sides of the world, only added to the unique bizarreness. My attempts to encourage the elderly couple from Littlefield to reveal the names of the primary witnesses failed. However, as a result of my experience with Colin Perks at Glastonbury only a short time before, I felt that this account, even though it remained unfortunately unresolved and somewhat open to interpretation, was one that went way beyond the mere realms of folklore and mythology.

In view of all the above, if you ever find yourself driving through Texas, keep one eye on the road and the other on the skies!