There's no doubt about it, Hollywood has always suffered from an over-reliance on sequels, franchises and classic properties. Even the classic Universal Horror characters of the 1930s and 1940s were milked dry with ever diminishing returns - a trend mirrored by their 1980s slasher counterparts. Frankenstein's monster, The Wolf Man, Freddy and Jason may have survived countless fires, electrocutions, angry mobs and silver bullets but nothing could save them from the curse of 'one sequel too many'. Of course much like these monsters and men, a profitable character is only dead until his next resurrection and its seems that increasingly the movie industry is reaching further and further back for inspiration, with recent blockbuster movies cribbing from 'Snow White', 'The Wizard Of Oz', and 'Hansel and Gretel' to name just a few.

Now, perhaps buoyed by the success of fairytale and mythology mining shows such as 'Once Upon a Time' and 'Grimm', American TV is following suit with an unprecedented amount of classic horror, science fiction and fantasy based shows debuting in the Fall 2013 schedule. So with the new TV season just days away, lets take a look at just a few of these new series and see which are likely to hit or miss.

NBC has its hopes pinned on the immortal Count rising to the occasion once more with this Victorian London-set re-imagining of the classic tale. Jonathan Rhys Meyers will star, alongside Jessica De Gouw as Mina, the object of Dracula's affections and possibly the reincarnation of his late wife. The plot focuses heavily on this romantic aspect along with the Count's scheming to seek revenge on those who betrayed him in centuries past.

While its premise may seem a little thin, season one will be a ten episode limited series and with Daniel Knauf, creator of the much-missed cult series Carnivale serving as showrunner, this could well be worth a watch. 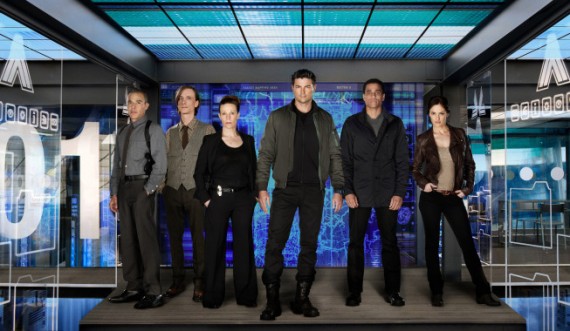 Taking a cue from 'RoboCop' - itself due for a high profile cinematic reboot next year, 'Almost Human' is set in a futuristic Los Angeles where police are aided by lifelike robots in their work.  One particular robot-hating detective finds himself paired up with one of these particular mechanoids, and must learn to work together with him. Mixing both overused tropes such as a mismatched buddy cops and a seemingly lazy sci-fi premise, it would be easy to write off  the show from the outset. It is however, executive produced by the current golden boy of the genre, J.J.Abrams and stars Karl Urban, who has form for meting out rough justice as he starred in last year's excellent 'Dredd'. Perhaps 'Almost Human' will turn into something greater than the sum of its parts.

Growing up in England, I have fond memories of the original 'Tomorrow People', a long running British series that has already been revived on two occasions. It first hit the airwaves in 1973 with its most recent reimagining finishing up just six years ago. Tonally and in terms of longevity and target audience, it could be seen as ITV's best answer to its rival, the BBC's 'Doctor Who' - and with the ongoing worldwide success of that show it seems it was only a matter of time before 'The Tomorrow People' made their reappearance.

The overall premise of the show has remained consistent throughout - the titular tomorrow people represent the next phase in our evolution. Known as 'homo superior' we follow their struggles in both day to day life and their greater quests as they come to terms with powers such as telepathy and telekinesis. Already a tried and tested formula with great potential for both individual stories and ongoing arcs, providing that it finds its audience stateside, there's no reason to believe that the CW network's new incarnation won't continue the franchise's success. 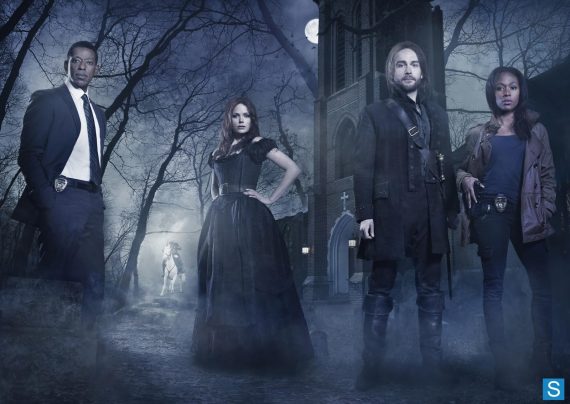 Washington Irving's two hundred year old tale of Ichabod Crane and the Headless Horsemen has already found success as a Disney animated short and a live-action feature film. But will this campfire classic stretch to a full TV series? The Fox network believe so, and their 2013 retelling will bring both Ichabod and his ghostly antagonist into the modern day. Ichabod must team up with a newly appointed sheriff, played by Nicole Beharie to take on his old foe who has equipped himself with an arsenal of modern weaponry.

Already sold to Australia, the UK, Spain and Canada, plenty of people are banking on 'Sleepy Hollow''s success. Perhaps its main stumbling block will be keeping things fresh on a weekly basis - after all, while having a single central villain works great for a film or a short story, in episodic TV it could quickly become stale. In my opinion this version of 'Sleepy Hollow' will succeed or fail based on the strength of its secondary characters.

Once Upon A Time In Wonderland 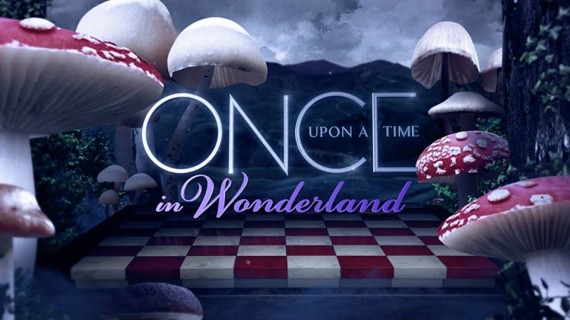 As its title suggests, this show serves as both a spin-off of ABC's 'Once Upon A Time' and a new interpretation of Lewis Carroll's rich universe from 'Alice In Wonderland'. In Victorian London (once again), Alice is under the careful watch of psychiatrists who believe that her memories of her time down the rabbit hole and the colorful characters she met there are all the product of a delusional imagination.  When she is offered the chance to take a pill that will basically erase Wonderland from her psyche, Alice finds herself sorely tempted to do so, particularly since she is haunted by memories of a doomed love affair with Cyrus the Genie.

While similar retellings have been attempted before, usually with little success, 'Once Upon A Time In Wonderland' has the benefit of critically acclaimed young actress Sophie Lowe in the role of Alice, veteran character actor John Lithgow as the voice of the White Rabbit and Jane Espenson serving as producer. Her five year stint as a writer and producer on 'Buffy The Vampire Slayer' should serve her well in establishing a solid following for the show as long as the stories remain fresh.

It remains to be seen which of these shows will find success with viewers, but with no less than three new shows (each on rival networks) based on 'The Wizard Of Oz' debuting in 2014, its clear that the past isn't going away any time soon.

Which of these new shows are you most looking forward to - or are there others that I've missed? Let me know in the comments below.