Some time ago, I conducted an interview with Jon Downes, the director of the British-based Center for Fortean Zoology - one of the very few full-time organizations dedicated to the study of mysterious beasts such as Bigfoot, the Loch Ness Monster and the Yeti. From his home in Devonshire, England, Jon had much to say about the history of the CFZ, its current activities, and its plans for the future.

J: The CFZ is the world’s largest mystery animal research group. I founded it in 1993. And, since then, it has slowly become not just the largest in the world, but the fastest growing cryptozoological group in the world, too. My passion for unusual animals went back to my childhood, and I was determined to follow my dreams of establishing a group one day that would put us where we are now, and in a way that benefits everyone who gets involved.

N: What were some of the earliest investigations that the CFZ was involved in?

J: Well, this has been my hobby for years; so even when I was a child, and when I was growing up, I got involved in cryptozoology. Growing up in Hong Kong, I did a few minor researches of my own into tales of strange creatures said to inhabit the island. And I did work when I grew older into the Big Cats that have been seen in the UK. When we started the CFZ, in 1992, it was still some years before we did any foreign expeditions.

J: We’ve always been completely self-funded and so just didn’t have the money back then to do too many investigations overseas. So, a lot of our research for the first five or six years was just based in the UK – such as, as I said, the Big Cats that have been reported here. For American readers: whereas in the United States you have quite a few interesting cat species – pumas, bob-cat, lynx – in the UK we’ve only got one species of wild cat, which is the Scottish Wild-Cat.

J: But for decades there have been a string of reports of mystery cats from pretty well every county in the UK. These reports have always fascinated me; some of them are exotic pets that have escaped, or are animals released into the wild when the government legislation on keeping these things changed.

N: How important did you consider it in the early years – and today, too – not just to focus on conventional animals like the Big Cats, but some of the weirder things like the Owlman of Mawnan, which suggest paranormal rather than pure flesh-and-blood origins?

J: Over the years I’ve done a lot of research into things that can’t be explained in a purely zoological frame of reference. The Owlman has been reported intermittently since 1976 and it is sort of analogous with the Mothman of West Virginia. That’s probably the thing that – even now – I’m probably best known for: my book The Owlman and Others. However, it has to be said that the things I’m concentrating on now are more living creatures. 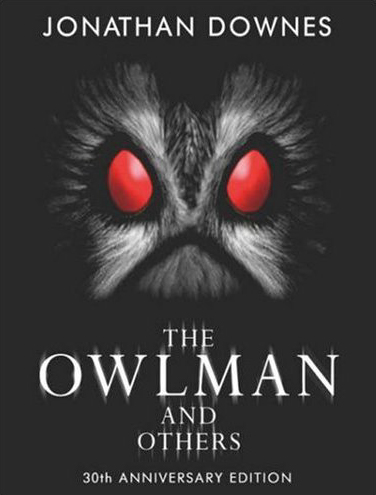 J: But you have to be scientific about this. If you are investigating reports of an animal in an area, and if it does become more and more obvious that the creature cannot be flesh-and-blood, then it’s just as un-scientific to ignore it as it is to think that all crypto-zoological things are paranormal.

N: You always strive to create for the CFZ and its members a sense of community and a feeling of everyone being in this together. How important is that to you?

J: Terribly important. And in some ways more important than anything else. It was one of the reasons that I set up the CFZ in the first place. When I first had the idea to do this for the rest of my life, I was looking around at organizations to join. And although there were a few groups to join, they were all at war with each other. And even some of those that weren’t still seemed divisive.

J: Also, it was terribly hierarchical. They did do expeditions; but the only people who seemed to go on the expeditions were those with money or the people at the head of the organization. I found all that totally wrong. What I wanted to do – and what we do now do – was to have ordinary members of the CFZ go along on expeditions. It would not just be the head of the group. So, I’ve been doing my best to build a proper community.

J: And I think we are doing well, and have a close-knit and vibrant community – from all across the world and of various races, beliefs and religions, which has to be a good thing. But then I’m an old hippy, so that’s how I think. 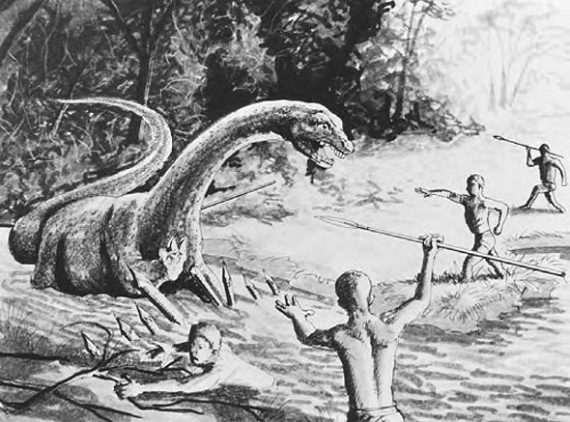 N: On the issue of expeditions, how important is to actually get out into the field and do things, rather than just proclaiming this or that via the Internet?

J: There are too many people in this business who call themselves cryptozoologists, but who are nothing of the sort. They spend their time never going anywhere anymore exciting than their little computer screen. But the whole ethos of the CFZ is that we questions things; we go out and look for things ourselves. And this has always proven to us to be scientifically valid.

J: For example, in 2006, we sent a 6-person expedition to the Gambia and we were looking into local dragon legends. We went there assuming that it was going to be the Gambian equivalent of some sort of living dinosaur, such as that alleged to live in the Congo. We, at the CFZ, have always been of the opinion that all of these so-called living dinosaurs are actually semi-aquatic monitor lizards; albeit very large ones. But when we got to the Gambia, we found that all of the local people didn’t believe in a giant lizard or a dinosaur-type creature. Instead, they believed the creature was a giant snake.

J: So, we went looking for one thing; but came back with stories of something completely different. And you have to go and check these things for yourself; otherwise tales get told and spread by people who have never been out there or investigated something for themselves. So what happens is that legends build up, and it’s usually only cleared up when someone actually personally travels to the area in question and investigates it.

J: And, most important, you have to share your findings. There are so many people in this subject who are just content to quote each other from the comfort of their own armchairs and they continue to perpetuate things that people assume are fact, because they haven't actually gone to the places for themselves to ascertain the real truth.

N: What sort of relationship do you have with the mainstream media – TV, radio, newspapers, etc.?

J: This is an incredibly important area that a lot of people don’t appreciate. There are a lot of people in this who refuse to talk to the press. In fact, if you don’t work with the media and don’t highlight what you are doing, then you don’t get coverage of a sort that might lead to help in terms of funding, publicity, and assistance on expeditions - and you don’t get your findings out to a large audience.

J: As long as the media treats us with respect, then I’m happy to work with them. For example, a few years ago, in the north of England, there was a series of sightings of giant eels in one of the lakes. A local newspaper approached us for comment and then they ran a story. That led to more eye-witness reports, and it ballooned to where we were able to go up there with a full-scale team on-site and really look into this. 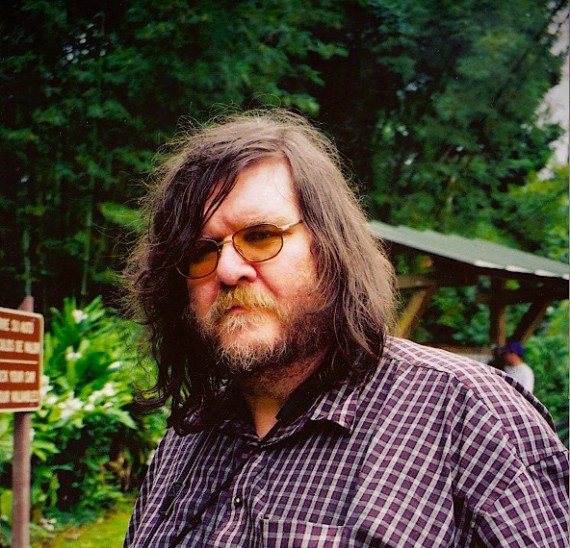 N: What led you to set up CFZ Press as an outlet for your books and those of others in the field?

J: Without exception, when I’ve been published by other companies, there is always massive editing; they want control of the cover design, the artwork, the editorial content, and I won’t play that game. CFZ Press offers to anyone who wants to write books for us the ability to have control of their books in terms of content, style, etc. We publish the books; but we are not in the game of changing people’s books to suit our terms or beliefs.

J: No-one messes with the original concept. Plus, all of the money we make from our own self-written and published books is put back into the research. And for other people that write books for us we do, of course, pay a royalty rate to them.

N: What would you say to anyone – young or old – who wants to get involved with the CFZ and cryptozoology?

J: I think that joining the CFZ is a good introduction to cryptozoology. And I’m not just saying that because I set the group up. Doing so gives you access to a whole data-base of material, to a community of people on a day to day basis. It also gives you access to our magazine, Animals & Men, and the chance to come along on expeditions, share information, make friends, and really become part of a community that actually does something worthwhile.

J: I do this because it’s my calling; you have to be passionate. You have to be prepared for a lot of struggling in the wilderness. But it all pays off if you are doing it for the right reasons. It’s a wonderful thing to do with your life. So, I would encourage people, particularly young people, with an interest to follow their dreams if this is what they want to do. People should be adventurous and follow their passions. That's what we do, and it’s what I always tell people who want to come into this field, too.

Gold, and Gone: The Mysterious Disappearance of Nazi Wartime Hoards