Monsters on the Rampage!

Available right now is an excellent new release from the good folks at Anomalist Books. Its title is Mirabilis: A Carnival of Cryptozoology and Unnatural History. And the author is one of the world's leading authorities on all-things monstrous and beastly, Dr. Karl Shuker. Born and still living in the West Midlands, England, Karl  graduated from the University of Leeds with a Bachelor of Science (Honors) degree in pure zoology, and from the University of Birmingham with a Doctor of Philosophy degree in zoology and comparative physiology. He now works full-time as a freelance zoological consultant to the media, and as a prolific published writer. And, coincidentally, he lives barely 15 minutes away from where I grew up. But I digress!

As for the contents of Mirabilis, well, if bizarre beasts and fantastic creatures are your thing, then disappointed you certainly won't be. But, it's very important to note that Mirabilis is not just a commentary on case upon case, and creature upon creature. Instead, we see Karl putting on his Sherlock Holmes-style cape and deer-stalker hat, and actually trying to figure out - detective-style - what the many and varied baffling beasts under his microscope actually are. And there are plenty of them. It would be impossible in a review of this length to cover each and every creature that crosses Karl's path, but that doesn't mean I won't give it a good try.

Let's start with the matter of giant turtles. And when I say "giant turtles" we're talking about Godzilla-sized critters - well, almost. Imagine coming across such a beast, but one in excess of forty-feet in length. Or maybe even bigger. Karl relates the accounts, offers thoughts and opinions, and very importantly, notes that turtles of a very large size really did once swim in the waters of our world. And as Karl demonstrates, maybe they are still doing exactly that. 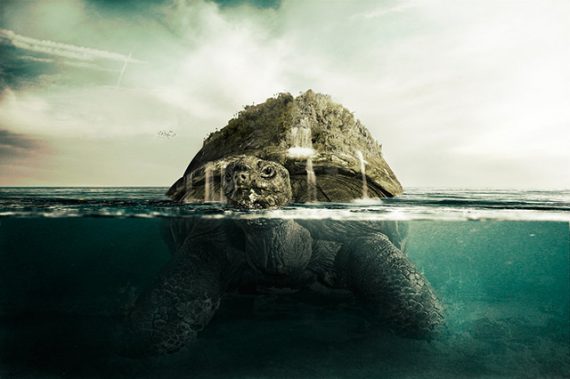 Most people have heard of Jackalopes of the horned-hare variety. But, did you ever wonder where the idea came from? Is it possible that, in times past, there really were horned hairs roaming the countryside? Or, more intriguingly, could there be a very down to earth - but no less intriguingly odd - explanation? And, on a similar path, what about a sea-snail with antlers? Say what?! Karl dishes up the notable and intriguing facts on both.

Moving on, there is a fascinating section in Mirabilis on what may very well be a form of elephant unknown to science, one that dwells predominantly in the water, that looks markedly different to all known elephants, and which lurks deep in the Congo. Karl also captures our attention with an excellent chapter on very large, and extremely vicious, crocodiles - some of a deeply weird nature and appearance, too. This is one of my favorite chapters of the book, and particularly so the section focusing on the crocodile-frogs of Borneo - which are described as being particularly menacing and almost Lovecraftian.

Can you imagine coming face to face with a beaver around eight feet in length and maybe weighing somewhere in excess of 200 pounds? It would be a memorable experience, to say the very least. Well, Karl has an entire chapter devoted to beavers of the oversized variety. And, as elsewhere in the book, he shows that such immense beavers most assuredly did live in the distant past, so perhaps some of them - against all the odds - survived in stealth, and still do. 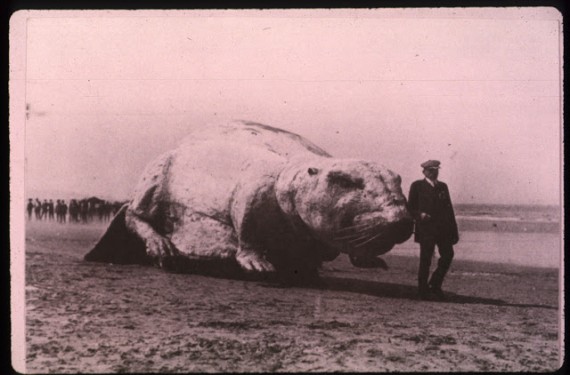 Certainly, one of the major highlights of the book is the chapter on the astonishingly large and varied creatures of the weird kind on the island of Madagascar. One of the most intriguing of all is a diminutive, hairy humanoid known as the Kalanoro. And it's not alone: there is another such creature, too. It goes by the name of the Kotoko. Of course, given that both entities reportedly inhabit the very same island, it's not impossible they are actually one and the same.

And on this matter, Karl rightly addresses the possibility that these elusive, little, hairy, man-things might actually be nothing less than what has become known as Flores Man (of the island of Flores, of course), or possibly even the legendary orang pendek of Sumatra.

Now, finally, we come to my absolute favorite chapter in Mirabilis. It's Chapter 4. And if you're not a fan of spiders, then you'll likely be chilled to the bone by this section alone.  As you might guess, the spiders in this chapter are not unlike the mutated nightmares you would expect to see in a 1950s-era Hollywood monster-movie. That's to say they are very vicious and very large. As in dog-sized large. And as in human-sized, if one particularly incredible account from Venezuela can be believed.

And, surely no-one can fail to get excited by the prospect of giant, man-eating spiders dwelling deep below the city of Paris, France. Slight shades of the 1997 movie Mimic perhaps? Maybe, except that such accounts date back to the 1800s. But was it all just a newspaper hoax and nothing else? Well, you'll have to read the book to find out.

If there is one beast in the pages of Mirabilis I would like to search for it would be the ultimate giant spider. I like to think it's out there, somewhere, very possibly deep in the wilds of South America. In fact, after reading Karl's book, I'm sure it is. And I think you'll agree.

A masterful and magical study of some of the wildest, biggest, weirdest, and freakiest critters said to haunt the darker corners of our world (and, sometimes, the not so darker corners, too), Karl Shuker's Mirabilis is one not to be missed. Buy it now, or risk a terrible, midnight visit from the washtub-sized spider of Leesville, Louisiana...