Paralysis of the Paranormal Kind

One night in August 2002, after I had gone to bed, I had an extremely curious encounter. It was around 4.00 a.m. and I was awake and yet not awake. And I couldn’t move. I was suddenly aware that something was slowly heading down the corridor that linked the bedroom to the living room. That something, even though I couldn’t see it, I knew was a humanoid figure with the head of a wolf and attired in a long, flowing black cape. It emitted strange and rapid growling noises that seemed to be an unintelligible language, and the creature, whatever its origin was, seemed mightily pissed off about something.

As it closed in on the room, I made a supreme effort to move my rigid, paralyzed form and finally succeeded, just as the beast entered the bedroom. In an instant it was gone and I was wide-awake. Psychologists call this "sleep paralysis" and would say that the incident was purely a product of my subconscious. The official term for such a state is hypnagogia. 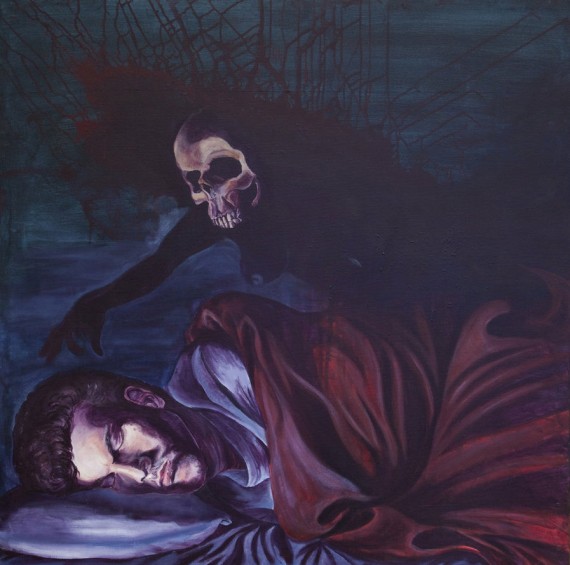 So, with that said: precisely what is hypnagogia? Basically, it describes the hazy period between wakefulness and the sleep state - a period that may be dominated by a wide and infinitely varied body of alarming and weird experiences. Unusual voices - very often speaking in unintelligible tones - are commonplace, as are sightings of floating heads, and bizarre creatures ranging from extraterrestrials to demons, and monsters to ghosts.

The big question is whether experiences such as mine, and those of many others, are solely provoked by the internal intricacies of the human mind, or by something external and supernatural that can psychically invade us while we are in the sleep state. For me personally, the jury is still very much out. 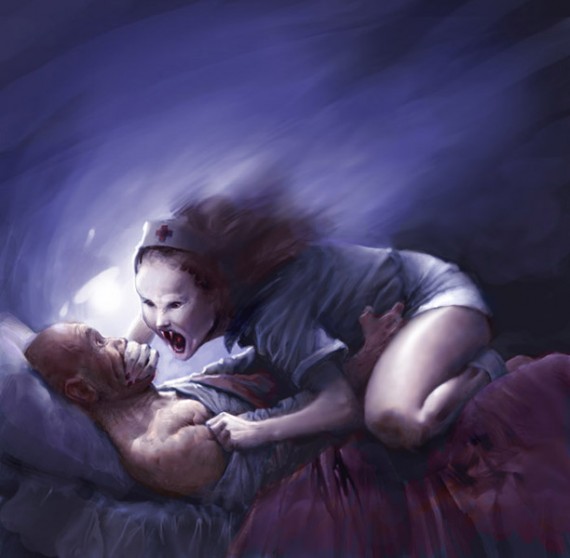 But, close encounters of the paralyzed kind don't just revolve around monstrous werewolf-like entities of the type that I experienced.  Alien abduction lore is packed with accounts from people who report traumatic, similar experiences. When the so-called Grays perform all manner of strange medical experimentation on the abductees, seldom are the victims tied or shackled to the "operating table." Nevertheless, they are regularly unable to move.

Still on the matter of UFOs, but moving away from the abduction phenomenon, there are numerous reports of people who encounter UFOs - and/or presumed alien entities - and who also find themselves paralyzed during the encounter.  A classic case (and just one of many) is that of Maurice Masse, a farmer from Valensole, France. Early on the morning of July 1, 1965, and while working in one of his fields, Masse's attention was suddenly caught by an unusual sound, not unlike a whistle. 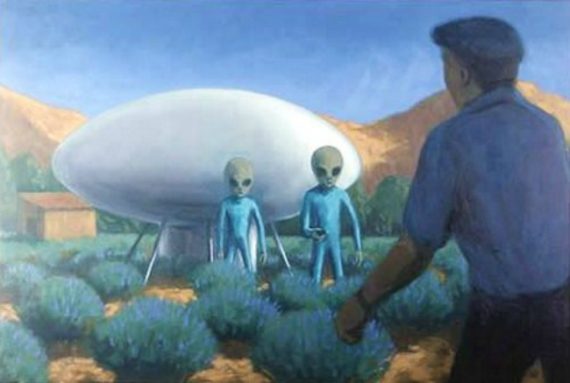 Looking around, Masse found himself confronted by an egg-shaped object, roughly the size of a car. Not only that: two dwarfish entities were in the vicinity of the craft - apparently stealing some of his lavender plants! Without warning, one of the strange creatures pointed a tube-like device at Masse that rendered him utterly paralyzed. It was only after the small beings took to the skies in their craft that the paralysis finally started to fade away. Indeed, it was around 15 minutes before Masse was fully recovered.

Of course, Masse was apparently wide awake when the event occurred, yet there can be no doubt that there are undeniable similarities between his experience and that of certain abductees, such as the presence of a craft, small creatures, and, the primary focus of this article, an inability to move. Not only that, unusual whistles are often reported in all manner of paranormal experiences that extend far beyond just UFOs.

Moving on from werewolves, alien abductions, and UFO-themed close encounters, we also see evidence of paralysis surfacing in incidents involving presumed spirits and demonic beings. In such cases, interestingly enough, witnesses sometimes find the experiences pleasurable, rather than terrifying. 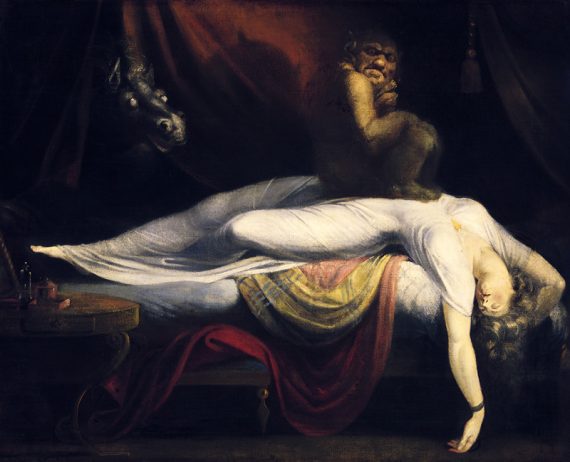 Louis Proud, who penned the 2009 book, Dark Intrusions: An Investigation into the Paranormal Nature of Sleep Paralysis Experiences,  refers to sleep paralysis as “a condition that occurs either prior or subsequent to REM (rapid eye movement) sleep, in which the mind is awake and the body is asleep and paralyzed, and is sometimes accompanied by hallucinations. Some episodes can be extremely terrifying and unpleasant, since they involve the feeling of a malevolent presence in the room. Many perceive these experiences as encounters with demons and evil spirits.”

In an interview that I did with Proud a couple of years ago, he told me in relation to sleep paralysis: “I first began to experience it in my late-teens. I’ve had a number of sexual encounters with female spirits. These experiences were just as pleasurable as the real thing – in some ways more so. Comparing the two, my sexual sleep paralysis encounters were much more intense.”

Proud is not alone, it seems. He added to me: “Following the publication of my book Dark Intrusions, I’ve received many e-mails from sleep-paralysis sufferers – most of them women – who claimed to have engaged in sexual acts with spirits. Most of them explained to me that they enjoyed these experiences, despite being a little comfortable with the idea of it.” 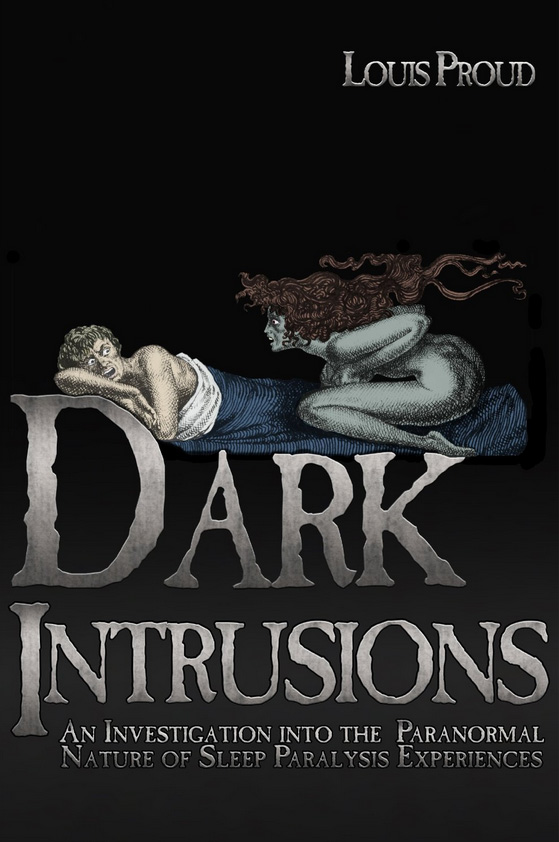 Needless to say, not everyone is quite so sure that these events have any basis in reality outside of the complexities of the human brain, as Proud admits: “Skeptics declare that sleep paralysis episodes are entirely hallucinatory, and are caused by an intrusion of REM activity into wakefulness; meaning that these experiences are ‘all in the mind,’ just as dreams are ‘all in the mind.’ The phenomenon, they say, has played a critical role in fostering humanity’s long held belief in spirits, demons and aliens.”

Given that paralysis in paranormal encounters has been reported for literally centuries, it's highly unlikely that the matter will be laid to rest - and to the satisfaction of everyone - anytime soon, if indeed ever. One thing we can say for sure, however, is that for the person who undergoes the experience, it's often a very real, chilling, and traumatic one.