Just recently, I had a fascinating conversation with a fellow researcher of so-called "British Bigfoot" reports - which is a particular and favorite area of investigation for me, and which was the subject of my 2012 book, Wildman. It turns out that he has been studying a number of stories relative to hairy "wild men," cannibalistic sub-humans, and other, similar, horrific humanoids reported in the English county of Devon way back in the 1600s and the 1700s. In doing so he has uncovered something very interesting and eye-opening.

If I sound just a little bit mysterious here, it's because my colleague in question is preparing a major paper on all of this, hence why - right now - I'm being more than fairly vague about his identity. His paper should, however, appear in a major periodical before the end of this year. And, no, I'm not blowing any whistles by telling you the basics of the story. He's cool with it.

The gist of his research is notable: that many of the legends of these so-called man-monsters of centuries long passed were outright fabrications. They were the work of smugglers, who created such dark and disturbing tales to specifically scare people away from the coastal areas where their smuggling activities were taking place. And, from there, the stories took on lives of their own.

I have heard such similar things before, and specifically in relation to  another British legend of undeniably monstrous proportions. That of the infamous, phantom black dog of the type that so deeply inspired Sir Arthur Conan Doyle to pen his masterful and classic Sherlock Holmes novel, The Hound of the Baskervilles.

Typically the size of a small pony and with a pair of blazing eyes – often described as looking like red-hot coals – the creepy creature was feared all across the land in centuries past. The names of these infernal beasts varied widely and wildly according to locale, and included Padfoot, Black Shuck (which takes its name from an old English word, “scucca,” meaning “demon”), Skriker, and the Girt Dog. 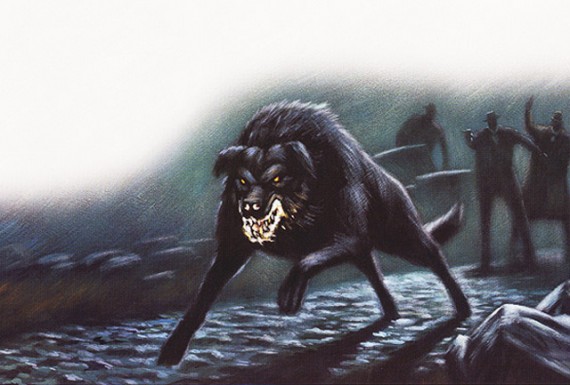 According to the ancient traditions, if someone was to encounter a black dog on a lonely and isolated stretch of road, late on the proverbial dark and stormy night, it meant only one terrible thing: the fiendish hound would very soon be coming for the soul of the witness, or that of a family member or of a close friend. Mark North, a noted researcher and author who has dug deep into the legends of Britain's ghostly black hounds, says:

“There are a lot of stories in there about the phantom black dogs. I’ve done a lot of investigations into the stories and myths around black dog tales. If you go back to the older tradition of black dogs, I think a lot of it could have been invented. On the Dorset coast, for example, there was a very big smuggling trade going on centuries ago. I think a lot of the stories of these animals were invented to frighten people and keep them away from the smuggling areas.

“What was also happening around this time is that Dorset had a lot of connections with Newfoundland and they used to do a lot of trading with the fishermen there. It was around this time that the Newfoundland black dogs were brought over here, to this country. So, you have a new type of dog being brought over here, which was very large and that no-one had ever seen before, and then you have these tales of large black dogs roaming around, and smugglers inventing these black dog tales." 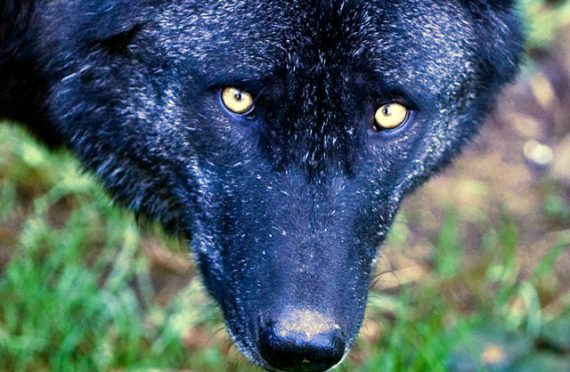 Mark is very keen to stress that while he does accept that some such tales were created by smugglers to keep nosey villagers out of their hair, he also believes there is a very real - and supernatural - aspect to the phantom black dog enigma, too, as do I.

The examples above are just two of more than a dozen I have on file where it seems that, in times long gone, there was a concerted effort on the parts of smugglers to spread such supernatural tales, as a means to protect their activities and to keep people out of certain areas where their smuggling was rife. This, of course, begs an important question to ponder on: to what extent might many other strange and monstrous tales from British folklore have been born out of the fertile imaginations of now long gone smugglers?

It's unlikely - due to the inevitable fog and passage of time - that we will ever really know the answer to that controversial question. It is, however, one worth considering. As is another question: did the smugglers actually create the stories, or, instead, were they inspired by existing - and all too real - tales that they merely expanded upon for their own brand of monster-themed myth-making?  If the latter scenario is the correct one, then matters are made even more confusing, particularly when it comes to trying to determine which cases fall into which categories.

No wonder my head sometimes spins...