Terror of the Fox

Breathing was difficult. Bart Connor lay in bed wheezing, his room in the house he and college friends rented was dark and quiet. “It almost felt like an asthma attack,” he said, “and it didn’t at the same time.” He took two puffs from his inhaler, sucking Albuterol into his lungs, but it didn’t help. Breathing comfortably still escaped him.

As Connor lay in the dark, the beating of his heart took over the night. “I was very conscious of my heartbeat. It was shaking my whole body,” he said. “I was kind of getting freaked out.”

He pulled himself out of bed and went to the bathroom to fill a water glass. After a few sips he sat the glass on the nightstand next to his bed, and tried again to get to sleep, but something was still wrong. “I started getting an awareness of my body,” he said. “I could feel my muscles. I could feel my bones inside me. It was weird.” 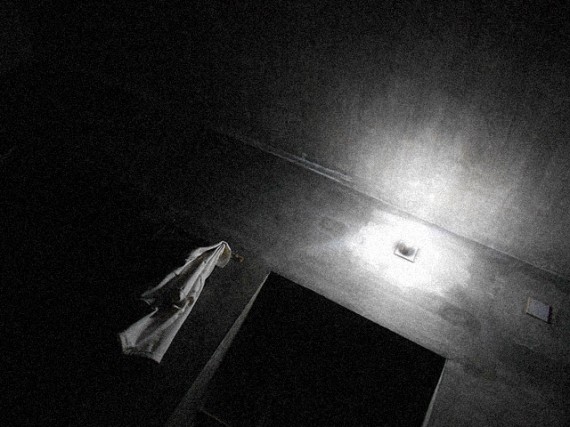 Thoughts of having a stroke rushed into his mind. “I’d heard when you’re having a stroke you can feel this,” he said. “I read that you had a hard time talking because your brain’s failing. I started mouthing words. I don’t remember what they were.”

Lying on his side, one hand behind his head, he reached out the other and began writing, “write out your name” into the sheet with his index finger, but his hand felt odd, larger and rougher. “I did it twice,” Connor said. “I went to do it a third time, and I got a thought, ‘you’re not telling yourself to do this.’ A chill went down my spine.”

He moved his hand from the sheet and grabbed his shoulder to stop it from moving. Then the weirdness changed. “I had awful images flashing through my mind,” he said. “Ghosts, demons; really abnormal thoughts. One that really bothered me was there’s someone in the dresser.”

The image seemed so real. A face peeked at Connor through the shirts hanging in the open wardrobe. “A dark kind of grayish but pale, pasty looking skin. There were spots for eyes, but I didn’t see any,” Connor said. “It had a long nose. It was smiling, which was weird.”

Panicked, he lay frozen in bed staring at the face, the chilling images still rushed through his mind, the most terrifying from Connor’s childhood. “When I was a kid I had an image of a fox walking around on two legs. It would just stare at me in my bed,” he said. “Every haunting image I’ve ever seen flashed through my head.” 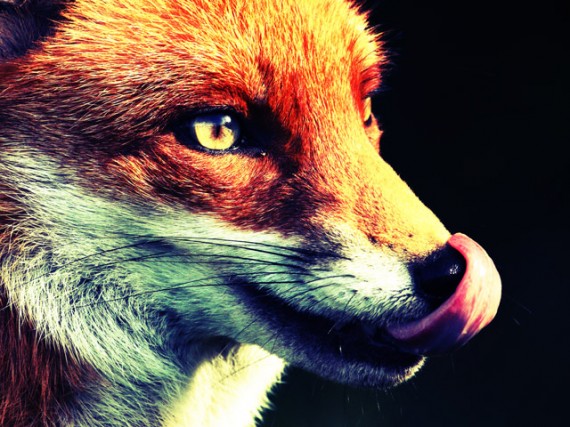 Trying to fight back these horrifying thoughts, they went farther back than he’d remembered. “It came back to me,” Connor said. “Before the fox, when I was younger, I was 8 or 9, or so.”

As a young Connor tried to sleep, a scene often played through his head. “This image, like a movie trailer, a camera on the floor (showed) goat hooves,” he said, his voice starting to shake. “It would slowly walk toward my bed. Fade to black, closer. Fade to black, closer. Fade to black, closer. It’s right next to my bed.” In his head the camera began to raise to show the hind legs of a goat, it’s black fur finely detailed, its furry tail swished back and forth, but his memories stop at the legs. “I don’t know if I’m too scared for the camera to go up higher, or if I’m blocking it out,” he said. “In my mind it was real. The fear that it brought me was real. It’s so vivid. It scared me so much because it was like I was seeing it happen from outside my body.”

Connor is sure he didn’t see the legs with his eyes, but he’s equally as sure the entity was real. “It felt like there was something there,” he said. “I had a pretty vivid imagination, but I’ve never been able to conjure up anything that scared me like that.” The hooves appeared cracked, the shape of a goat’s legs were distinct, and were covered in thick hair. “Whatever it was was old,” he said, regarding the hooves. “The legs were goat legs; they were so hairy. They were black. They were pure black.”

And he could hear it. “It was like a constant hiss, a snake kind of, and simultaneously the noise the Predator made,” he said. “It was an amalgamation of the two sounds. I hadn’t even thought of it this much in years, but it came back to me that night.” 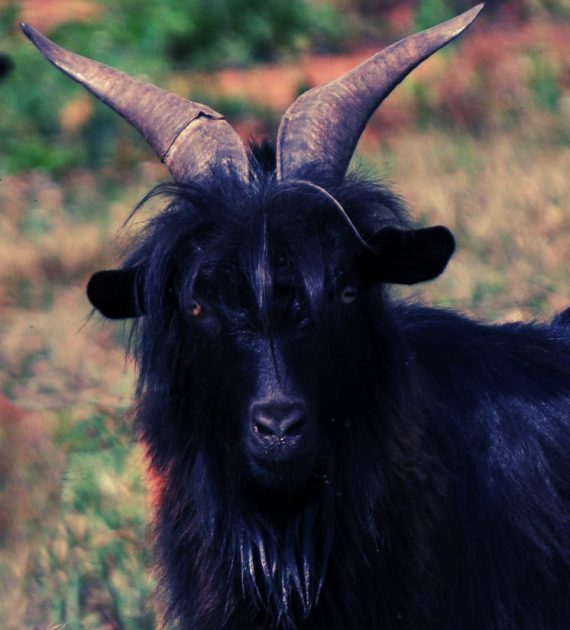 Sometime during Connor’s childhood, the entity changed. The black goat became a red fox, but he’s certain it was the same entity. “It would do the same things,” he said. “I think the fox and goat are connected.”

As with the goat, in his mind he would see the padded feet of the fox from the perspective of the floor. It would walk up to his bed, and his view would pan up, but unlike the goat, this time he could see the entire entity – just staring at him.

However, the fox wasn’t confined to Connor’s bedroom. “I’d be in my backyard and the fox was out there and not playing, but we were spending time tougher,” Connor said. “It would be me, and the fox doing whatever in the backyard. In my mind’s eye I would look at his face, he would smile at me with its beady little fox eyes, and pearly white fangs, and it would terrify me.”

At some point in his childhood, Connor pushed the entity out of his life. That night in college, the face in his wardrobe made them real again. “I’d been lying here with my eyes shut and all these thoughts and images were flashing through my mind,” he said. “I pushed them in the background.”

But, that night, they all came out, and more.

Connor pinched his eyes shut to hide the face staring at him from his wardrobe, but seeing a demonic entity in the night, and reliving childhood terrors weren’t the worst part of his night. “When I have my eyes closed I see blobs of lights and dark,” he said. “The dark would creep in and go back out it felt like something was trying to push into my head. To push into me.”

The dancing shadows behind his closed eyes quickly became something living. “I could feel some sort of pressure coming at my head from here,” Connor said, putting his hand on the upper left side of his head. “I was so creepy. It felt like my pillow was moving underneath my head. It was so real, like something was pushing against my skull.”

Connor lifted his head and gripped his pillow, trying to find the thing that squirmed beneath his head. He only felt a pillow. “I patted my pillow to make sure there wasn’t a snake in there,” he said. Then he lay back down. “It came back. Whatever it was it was moving.”

Then Connor lost consciousness. “I don’t remember falling asleep, I just remember waking up the next day,” he said. “I’m really surprised I didn’t run out of the house.”

Whatever happened to him that night in September, it terrifies him still. “The fear I felt that night at the house, it was the same fear I felt with those two beings,” he said. “Whenever I thought about them as a kid I tried not to think about them because they were that scary.”

Gargoyles of the Lone Star State