The Condon Report: Decades-old Death Nail, or a Call for Action?

Ever since the late 1960s, UFO research has been a very different animal from what existed in it's early years, or what some might call the "golden age" of flying saucers. It was during this magical period, spanning the years between Kenneth Arnold's famous sighting of UFOs over Mount Rainier in 1947, and the official closure of the Air Force's Project Blue Book toward the end of 1969, that something novel appeared to be taking place in our skies. Perhaps more importantly, there was also a greater adherence to scientific study of that novel and, at times, enigmatic phenomenon.

However, history shows that as the USAF became increasingly frustrated with their inability to resolve the UFO issue, a cancer began to set in which would ultimately change the field of UFO research forever. Project Blue Book's attitudes toward UFO investigation had gone from serious intrigue at the outset, especially under it's initial project head, Edward Ruppelt, to a sort of preemptive cynicism in its final years. By the mid 1960s, the USAF was getting to a point of being content with dropping the entire matter, should an element manage to come along that would provide a vehicle for cleansing its hands.

That vehicle did eventually arrive, in what became know as the Condon Committee, headed by University of Colorado physicist Edward U. Condon (pictured above). For many, Condon and his team's final report on UFOs was the ultimate death nail in serious UFO studies, with a number of researchers since its issuance claiming that Condon had completely lacked objectivity, and had perhaps even conspired to demolish the credibility of UFO research by scientific institutions altogether. 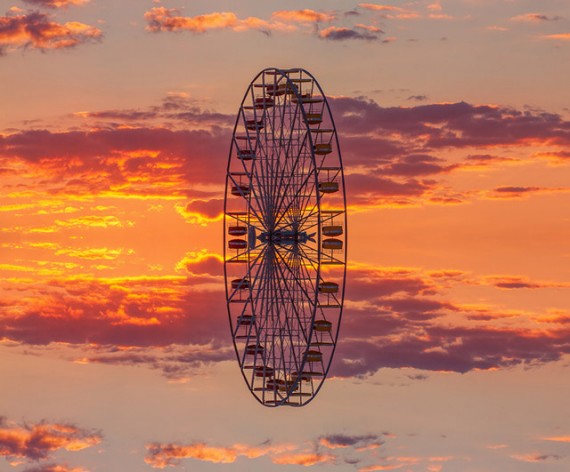 Information that includes private correspondence between members of the committee (most notably what is called the "Lowe Memorandum") do show, to an extent, that the Condon Committee may have been somewhat less than purely objective in their study, which led to views that would not look favorably on UFO research. Still, what is often overlooked is that there were also aspects of the committee's determinations which managed to lend not just credibility to a few UFO reports, but even to the argument for continued UFO studies in the future.

For the most part, the Condon Committee's determinations about the scientific study of UFOs are viewed by the UFO community, even today, as having been damaging to the serious academic study of UFOs. Much the same, skeptical writers often cite these determinations in their arguments against UFO studies. Bob Caroll, author of The Skeptic's Dictionary, points this out in the book's entry on UFOs (which can also be read online at skepdic.com), where he notes that:

UFOlogists are unimpressed with the Condon Report... Edward U. Condon was the head of a scientific research team which was contracted to the University of Colorado to examine the UFO issue. His report concluded that "nothing has come from the study of UFOs in the past 21 years that has added to scientific knowledge...further extensive study of UFOs probably cannot be justified in the expectation that science will be advanced thereby."

However, as opposed to taking this statement from the report as meaning, "see, there is no reason scientists should want to study UFOs," perhaps we should look at it through a less biased lens. In the statement Carol quotes above, the Condon report merely argues that based on the determinations made by the committee at that time, no data had been accumulated that advanced scientific knowledge, and that if UFO studies were indeed to continue, one should not be hopeful that, for instance, doing so will reveal the secrets of free energy, anti-gravity, or perhaps as Condon and his committee had more specifically been alluding, the revelation that intelligent life exists elsewhere in the universe. Still, none of this means that UFOs are pure bunk, or that perhaps there shouldn't be scientific studies of them.

In fact, the Condon Report even states, in a minority of cases, that in the midst of what appeared to be some objective phenomenon taking place, no clear explanation for that phenomenon existed, and that all UFOs could thus not be ruled out so easily as misidentifications or hoaxes.

Additionally, there were times where Condon himself attempted to correct public opinion on the matter; in a recent review I wrote of the reissue of John Keel's classic book, Operation Trojan Horse, I noted a unique statement Keel quoted from Condon, which explicitly states that he didn't make the case for no future studies of UFOs. Below is the relevant portion from my review:

The infamous Condon Committee, credited in years since with "debunking" UFOs (and doing so essentially for the benefit of the U.S. Air Force), had nonetheless concluded that there were some UFO reports that seemed both valid, and inexplicable. However, this alone had not convinced Condon and his team that UFO phenomenon represented extraterrestrial technology. "To find clear, unambiguous evidence on this point would be a scientific discovery of the first magnitude," Condon would say in 1969, "one which I would be happy to make. We found no such evidence, and so state in our report." Condon however acknowledged that, "contrary to popular belief, we do not rule out all future study (of UFOs)."

Condon was criticized for holding such "scientific" views, and was indeed heralded as a UFO debunker, along with the panel of scientists who produced the University of Colorado UFO study. The problem, of course, is that Condon was being completely scientific, despite there being some evidence that he had indeed shown biases toward disbelief before undertaking the project Hence, it is interesting to note here that debunker Philip J. Klass would similarly argue that members of the committee had shown biases, which he felt had been preemptively in support of UFO evidence, of all things. If this shows us anything, it is something that, unfortunately, a few of us are already well aware of: that "objectivity" is required in all instances where scientific determinations are to be made, and in a few instances, debunkers (like Klass) have perhaps showed even less objectivity than those die-hard "believers". 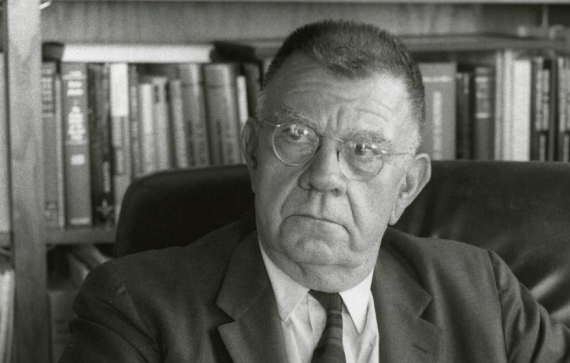 Condon, on the other hand, should not be considered blameless. Even prior to the release of the study's findings with the Condon Report, Condon had spoken publicly about UFOs, where he took an obviously dismissive attitude. Still, despite his personal leanings, it is novel in retrospect to look at the actual wording of portions of the Condon Report used by both believers, and skeptics, to construe an argument that is seen as being "against" UFOs. In truth, rather than "debunking" anything, what the famous Condon report really shows is that while in the minority, there are some bonafide "unknowns" amidst data collected regarding UFOs, and that if anything, maybe there should be a call for even greater scientific rigor in the continuation of UFO studies, if any actual conclusions are ever to be drawn.