As 'The X-Files' entered its third season, despite its huge initial overnight success, its international ratings were still on the rise and its devout fanbase continued to grow. No doubt bolstered by the show's tremendous reception and the certainty of being on the air for some years to come, the writers focused on deepening and darkening the shows mythology. Season two's finale had, after all, made headlines by seemingly killing off Fox Mulder, albeit in a 1960's Batman-worthy quickly retconned explosion. Of course, X-Files fans were smart enough to know that nothing short of a Duchovny contract dispute would see Fox permanently terminated, but the gripping mythology episodes continued to hook viewers and so they flourished. As those ongoing installments grew darker and writer confidence grew, the stand-alone episodes (which as always, I aim to focus on for my list) grew broader and more experimental. With that said, here are my top 5 episodes of season three. 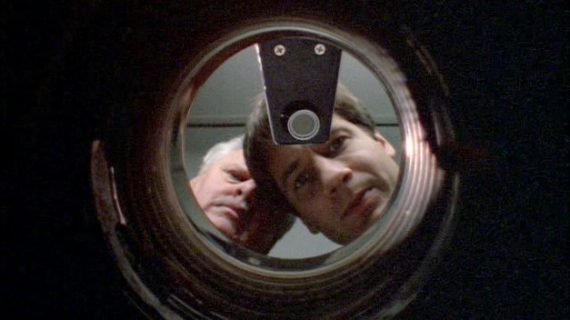 Mulder travels to a small town where the bodies of the recently deceased have been found to be infested with cockroaches. A drunk and stoned teenager cuts himself to death with a razor believing one such insect to be crawling under his skin. Soon after, the medical examiner on the case is also found dead covered with cockroaches. Scully, communicating with Mulder by phone, is her usual skeptical self, deducing rational causes for each death - though as the body count grows and the plot thickens, the origin of the cockroaches becomes the main subject of inquiry. Could they be organic, mechanical, extraterrestrial - or as alluring bug expert Dr Bambi Berenbaum seems to believe, some combination of the three?
In season two's 'Humbug', writer Darin Morgan gave us perhaps the first truly comical X-File, successfully adding a dark and warped sense of humor that played well alongside the shows more outlandish elements. It was an experiment that would be repeated many times both with and without Morgan throughout the rest of the shows run. Here in his third episode overall, this approach is taken to the extreme - almost to the point of self-parody - and for the most part, it works well and has received good critical notices over the years. Oddly one of the few people to voice dissatisfaction with the episode is the writer himself. Personally I find 'War Of The Coprophages' to be a hugely entertaining episode - although Morgan had something even better to offer in season three.

There are early appearances from a quickly-killed-off Jack Black and the always compelling (at least until he signed on to star in Seth Macfarlane's 'Dads') Giovanni Ribisi in this tale of a teen who appears to have power over electricity in all of its forms. Mulder and Scully travel to an Oklahoma town that has been experiencing an unusually high number of lightning related deaths with no fewer than five young men being fatally struck in quick succession. When initials on an arcade game high-score board place Darin Peter Oswald at the scene, the agents visit the local garage where he works in order to question him. Darin claims to have seen nothing unusual, though as he's telling Mulder this, his suspicions are aroused by his cell phone overheating, seemingly due to the young man's presence.

Like 'War Of The Coprophages', 'D.P.O.' is rich in comic elements, though in this instance they are balanced by a riveting plot, great special effects and a typically creepy, unnerving performance by Ribisi. Black too makes the most of what little screen time he has, displaying much of the affable-slacker likeability that has served him so well in his career so far. 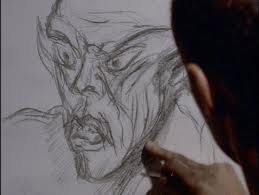 While the first two episodes on my season three list share a comic bent, 'Grotesque' could hardly be any more different tonally. Like 'D.P.O.', it does however boast another excellent guest appearance from a very recognizable face. Veteran actor Kurtwood Smith (perhaps best known for his roles as 'Robocop''s Clarence Boddicker and 'That '70's Show''s Red Foreman) features as Agent Patterson, a hard-line FBI detective and a former mentor of Mulder. For three years Patterson has been studying the movements of an Uzbekistan immigrant named Mostow who he believes to be behind a string of killings. When Mostow seemingly kills a male model following a life-drawing class, it seems Agent Patterson finally has the evidence he needs for his arrest, though Mulder, aware of Mostow's history of Involuntary Commitment believes there may be some weight to the man's claims that he was possessed during the killings. Mostow offers Mulder a rendering of a particularly sinister looking gargoyle who he believes to be the demonic force behind the crimes.
As a character study and as a piece of drama, 'Grotesque' is a brilliant piece of work with some very unexpected twists. It's also one of several episodes in which Scully shows clear concern for the obsessive nature of Mulder's personality and in adding Mulder's former mentor into the mix we are offered a look at one of the younger agent's potential futures. Particular credit should go to series creator Chris Carter who added many of the more psychological elements to the story.

Mind manipulation is the game and Robert Modell (Robert Wisden) is its chief exponent in the chilling 'Pusher'. A contract killer of extraordinary prowess, Modell's many victims all appear to have committed suicide, perhaps while under the influence of his terrifying talent. We witness this first hand in the shows opening moments when
Modell is arrested by a squad of FBI agents and taken away in a police car only to escape when he is seemingly able to render an oncoming truck invisible to his driver by merely repeating the color of the vehicle in question. His finishing flourish is to make the driver use his dying moments to - apparently voluntarily - unlock Modell's handcuffs and secure his freedom. Naturally, Mulder and Scully are called upon to investigate these mysterious abilities - but just how immune from his influence are the agents themselves?
Gritty, well-paced, tense and thrilling, 'Pusher' has not only one of the series most coldly formidable villains, but also one of its most memorably nail-biting (and at the time highly controversial) climaxes. Unmissable. 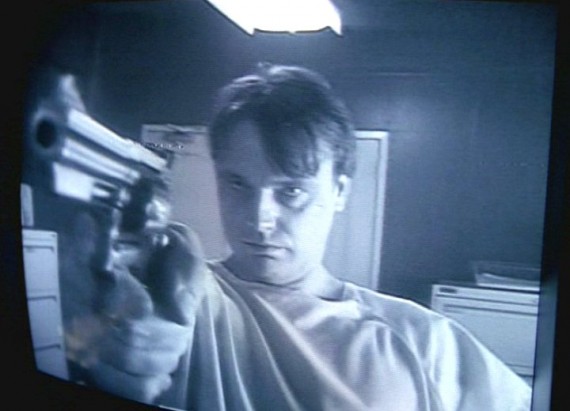 As you've probably already gathered, I consider season three of the X-Files to be a watershed era in terms of perfecting the series' wry sense of humor. In many sci-fi/horror shows the use of such an element would be seen to undermine the dramatic tension and intricate plotting - one sly joke too many and the audience no longer treats the characters or whatever is threatening them as 'real'. I think a large part of the reason that comic relief works so well in The X-Files is inherent in the main characters - Mulder, however much he may follow his flights of fancy, is aware of how odd they may seem to onlookers. Likewise Scully, as the series progresses, must surely see the cracks in her own staunchly skeptical mindset as she's confronted by more and more compelling evidence toward the paranormal. It's this awareness combined with the very human subjects of each investigation that keeps the show working as both a 'monster of the week' self-contained extravaganza and an overall story arc in which we're invested in the well-being and interests of the main characters.

Its arguable that this Darin Morgan penned episode represents the pinnacle of the shows melding of extreme darkness with humor and humanity. Essentially a simple premise, Mulder and Scully are sent to investigate a series of murders involving clairvoyants. Assisting them on the case is the weather-worn and wise Clyde Bruckman (Peter Boyle) a fellow psychic with the ability to predict times and circumstances of death. Clyde's talent is revealed to us slowly and non-deliberately, showing that his ability is much more a curse than a bragging right. This goes far toward setting up the episodes ending, which could have easily been mishandled or overplayed. His relationship to Scully is also particularly interesting as she develops a close friendship with Bruckman despite refusing to acknowledge his gift. A frequently heralded fan favorite that is by turns dark, playful, moving and amusing; while I may stop short of calling 'Clyde Bruckman's Repose' the quintessential X-File, I have no hesitation in declaring it to be my favorite episode of season three. 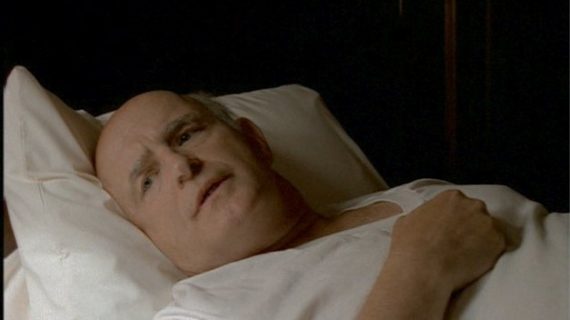 Did your favorite make the list? Let me know in the comments below, and join me soon for the Top 5 of Season Four.