As someone who has had far more than a few weird experiences over the years - particularly in relation to matters of a synchronistic nature - I often find myself pondering on reality. Or, perhaps, more correctly, pondering on what we consider to be reality. I can't help feeling at times that we are living in (or, perhaps, trapped in!) a strange world of proportions not unlike those portrayed in The Matrix or Dark City. In both films, what passes for the real world is actually nothing of the sort.

And it's on the nature of reality that I want to focus right now. On more than a few occasions, I have come across examples where matters of a purely fictional nature seem to suddenly spring to life in the real world. If such things aren't just down to random chance and coincidence (and I really don't think they are), then there is something deeply strange afoot. I do not pretend to know how or why such things can be, but I can highlight two - of many - examples for you.

In Quatermass and the Pit, a film made in 1967 by Hammer Film Productions (which was released in the United States as Five Million Years to Earth), bizarre, mutated and diminutive apemen – who were the subject of advanced genetic experiments, undertaken millions of years earlier, by visiting Martians - appear in the London Underground, of the 1960s, in the form of spectral, manifested, inherited memories.

The film was based upon a BBC TV series, also titled Quatermass and the Pit, and which was penned by screenwriter Nigel Kneale. It aired between December 1958 and January 1959. Both the film and the series eerily paralleled the story of a man named Colin Campbell, who maintains that while traveling home on the London Underground in the 1960s, he had a nightmarish encounter with a beast very similar to those portrayed on-screen. 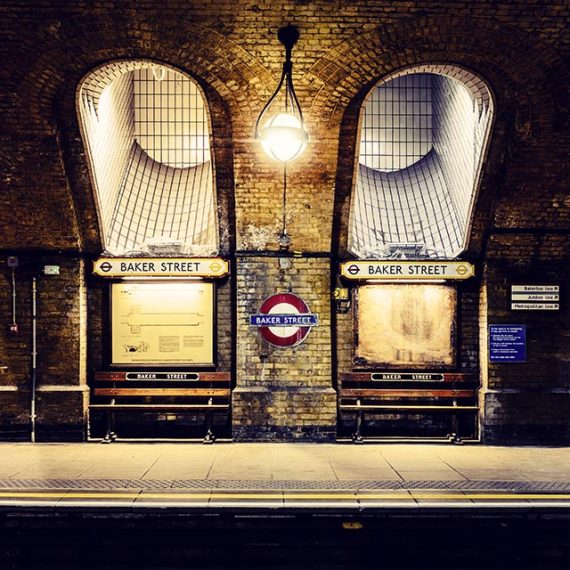 According to Campbell, it was late at night and, rather surprisingly, he was the only person to get off the train at its scheduled stop on the Northern Line. As the train pulled away from the unusually deserted and deathly and eerily silent platform, and as Campbell made his way towards the exit, he claims to have heard a strange growl coming from behind him. He quickly spun around and was shocked to see a large, hairy ape-like animal lumbering across the platform towards the track, and seemingly mumbling to itself and no-one else as it did so.

Most bizarre of all, however, the beast was definitively spectral, rather than flesh and blood. Around three-quarters of its body were above the platform, while its legs were curiously near-transparent and, incredibly, passed right through the platform.

Campbell further asserts that as he stood in awe, too shocked to even try and move, the beast continued to walk through the concrete, right onto the tracks, and then straight through the old wall directly behind the tunnel – all the time paying absolutely no attention to Campbell in the slightest. This is chillingly close to what is portrayed in Quatermass and the Pit.

Moving on: from 1977 to 1983, in Yorkshire, England, there occurred a spate of encounters with what, incredibly, were described by the startled eyewitnesses as nothing less than huge, pterodactyl-like, winged monsters. Of course, such things should not be seen anywhere today - least of all in the skies over the English countryside! - yet that is exactly what the witnesses were asserting. 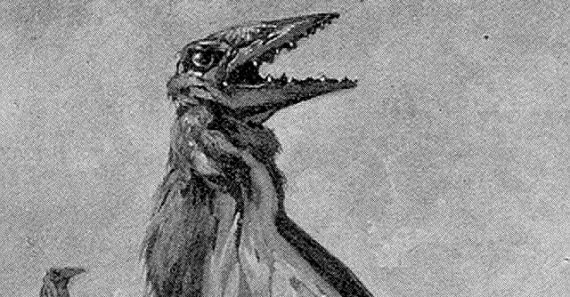 It transpires that when the initial encounter of 1977 occurred, a science-fiction writer, Ian Watson, was working on a novel titled Miracle Visitors. In the book, a young boy travels to none other than Yorkshire, where he envisages in his mind a huge, monstrous bird. The child possesses an extraordinary skill: he is able to externalize the mind-based image of the great flying monster. In doing so, he gives the mind-beast some semblance of quasi-reality in the real world. This is the concept of the Tulpa, or the thought-form.

In both these cases - one on the London Underground in the 1960s, and an entire wave across northern England and spanning the late 1970s to the early 1980s - the lines between fiction and reality have become decidedly blurred. In fact, blurred to the point where it seems that thoughts, concepts, ideas and paradigms born out of the fertile minds of science-fiction writers have strode forth into the real world - in some sense, at least.

The skeptic would doubtless discount and dismiss such anomalies by relegating them to the domains of hoaxing, mistaken identity or coincidence - or, perhaps, even a weird combination of all three. Yet, these are but just two examples of many from my files of cases where imagination - and, it appears, intense imagination - can ultimately, and radically, become something else.

That "something else" is most assuredly an aspect of reality that has an undeniable "here one minute, gone the next" air to it. That admittedly fragmentary nature of the phenomenon does not, however, take away the most extraordinary thing of all: imagination not only influences reality - it seemingly has the ability to create reality, too.

Footprints of the Gods: Proof of “Giants?”