8 Lesser-Known Cryptids from Around the World

Nearly everyone has heard of Big Foot and the Loch Ness Monster. But what about giant worms that electrocute their prey? Or modern-day triceratops deep in the Congo River Basin? Though A-list beasts like Nessie get all the attention, they’re far from Earth’s only mysterious creatures. Here 8 are the world’s lesser-known cryptids.

The Mongolian death worm, so named for its ability to slay enemies by spewing acid, is a bright red worm said to reside in the most desolate parts of the Gobi Desert. Some Mongolians claim the worm, measuring two to five feet in length, can also kill by emitting lethal jolts of electricity. 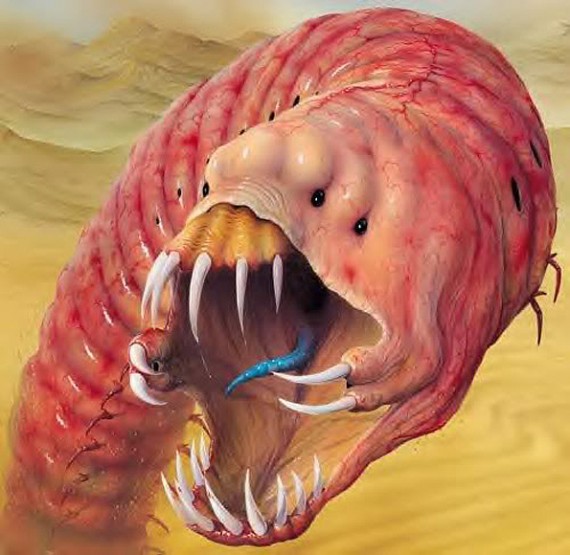 Westerners first learned of the terrifying creature in Roy Chapman Andrews's book On the Trail of Ancient Man (1926). Chapman, an American paleontologist, didn’t believe the bizarre tales he heard from Mongolian officials, but claimed the men seemed convinced of the worm’s existence, despite never seeing it for themselves.

Real or not, the death worm continues to fascinate the Western public. The beast even served as inspiration for 1990’s Tremors. Unfortunately, expeditions in 2005, 2006, and 2007 (including one featured on Syfy’s Destination Truth) turned up no proof of the worm. 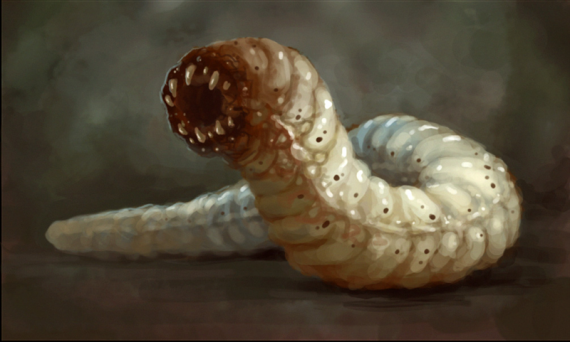 The orang pendek is a bipedal primate said to inhabit remote forests on the island of Sumatra. Eyewitnesses describe the cryptid as a ground-dwelling animal covered in short fur and standing between two-and-a-half and five feet tall. 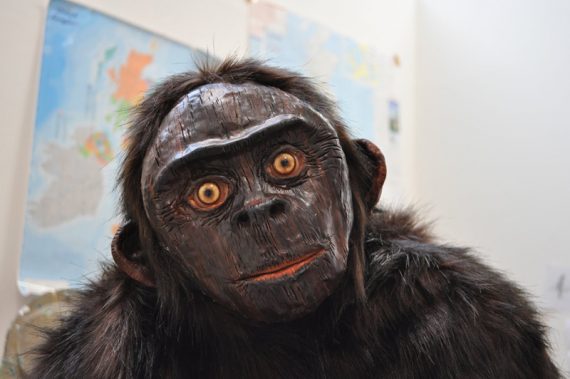 Unlike other cryptids, the orang pendek has no shortage of eyewitnesses. Hundreds of people claim to have seen the beast, including nomadic forest dwellers, Indonesian villagers, twentieth-century Dutch colonists, and modern-day explorers. British researcher Debbie Martyr spent 15 years researching the orang pendek and describes the animal as astonishingly powerful.

“It is the sheer physical power of the orang-pendek that most impresses the Kerinci villagers,” Martyr wrote in a 1993 article for BBC Wildlife. “They speak in awe, of its broad shoulders, huge chest and upper abdomen, and powerful arms. The animal is so strong, the villagers would whisper that it can uproot small trees.”

In 2005, National Geographic funded a project to get photographic proof of the beast, but axed the effort after four years of no results. 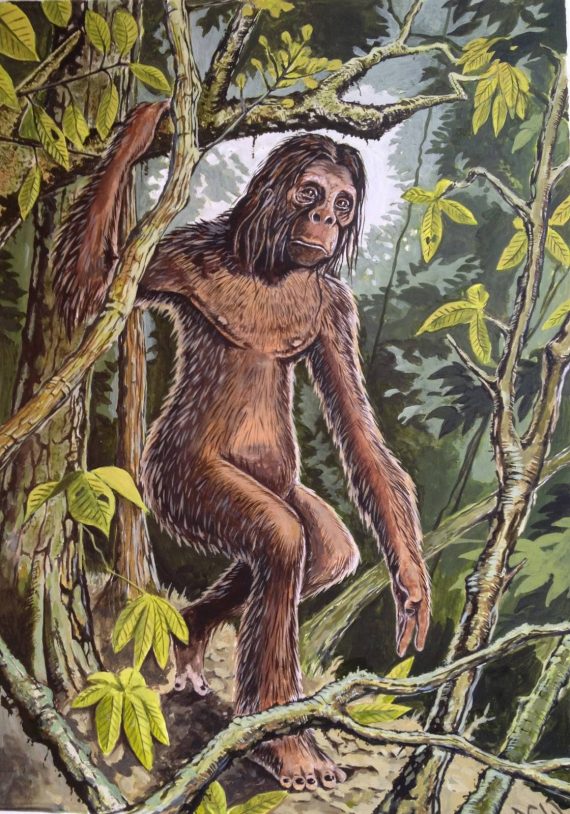 Legend has it South Africa’s Howick Falls is home to a monstrous serpent with a horse-like head and a volatile nature. Known as inkanyamba, the frightening beast reportedly grows to lengths of twenty feet or more. Cave paintings in the area indicate that tribes of the KwaZulu-Natal province feared the inkanyamba for generations and even believed it could influence the weather.

Researchers suggest the legendary serpent might actually be a known species of eel, but locals insist the inkanyamba is something different. In 1996, a local paper offered a handsome reward to anyone who could provide a photo of the legendary beast. Two photos emerged, though many dismissed them as fakes. Animal X also did a feature on the inkanyamba, but found no trace of the creature. 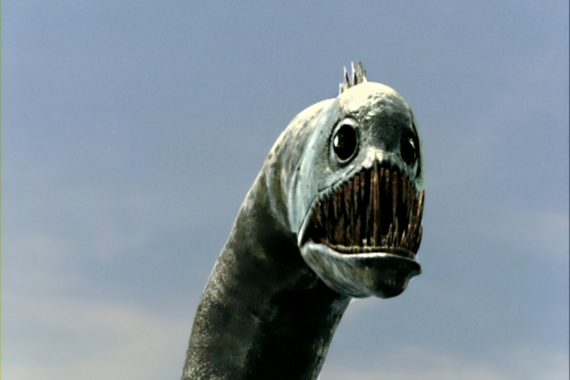 With wings that stretch between 8 and 11 feet, the wandering albatross holds the record for largest wingspan. However, rumor has it much larger birds soar over America. 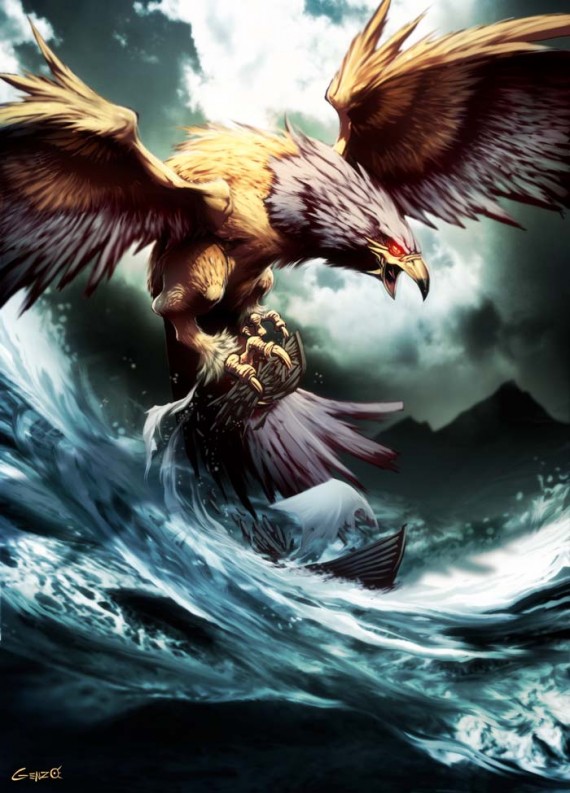 In 2002, residents of Togiak and Manokotak, Alaska reported seeing a massive bird that looked like “something from Jurassic Park.” One man mistook the bird for a small plane, estimating its wingspan to be about 14 feet. Tales of a massive bird near San Antonio have frightened residents for generations with the most recent sightings occurring in 2007. In 1977, a giant bird in Lawndale, IL reportedly to make off with a ten-year-old boy. The crew of MonsterQuest investigated thunderbird claims in 2009 but found no evidence of monstrous birds of prey.

A thunderbird is a legendary creature in Native American folklore named after the sound caused by the animal’s massive flapping wings. Cryptozoologists have theorized the large birds spotted across the U.S. could be pterosaurs or teratorns, species long thought to be extinct. 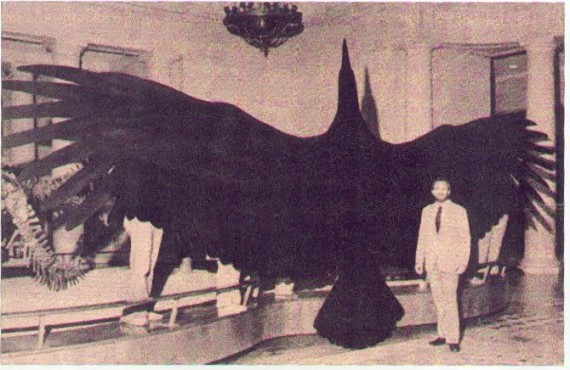 The emela ntouka, or killer of elephants, is a semi-aquatic creature said to resemble a rhinoceros and live in the shallow waters of the Congo River basin. Some cryptozoologists theorize the beast may be a modern-day triceratops, while others wonder if the emela ntouka and another Congo crytpid, the mokele mbembe, are one and the same. 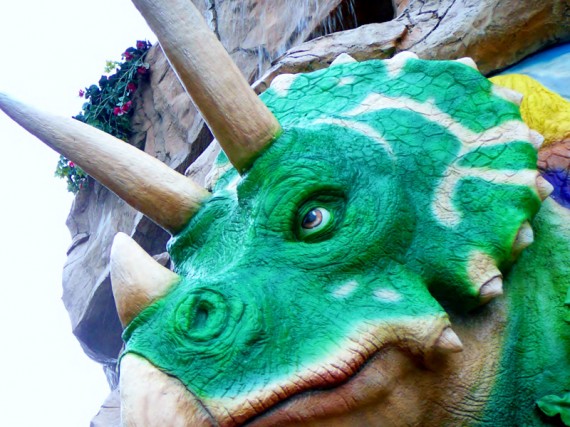 According to native reports, the emela-ntouka is an elephant-sized beast with smooth skin, floppy ears, and a squat body. A single horn protrudes from the creature’s snout which it uses to gore elephants with a single thrust.

Tales of the emela ntouka first reached the West in 1933, thanks to J.E. Hughes’ Eighteen Years on Lake Bangweulu. Hughes reported that Wa-Ushi tribesmen slaughtered a beast meeting the cryptid’s description. Decades later, Dr. Roy P. Mackal collected eyewitness accounts of the emela ntouka and other cryptids which he then published in 1987’s A Living Dinosaur. 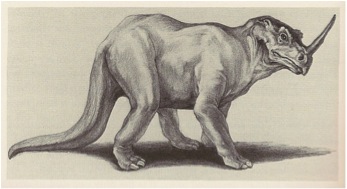 Though most American Big Foot sightings come from the Pacific Northwest, Florida has its own version of the mysterious beast: the skunk ape. Other names for the foul-smelling creature include swamp ape and Myakka ape.

According to eyewitness accounts, the skunk beast is an ape-like creature which runs on two feet and smells like a rotten egg. The beast reportedly dwells in Florida’s isolated swamp regions, though tales have also emerged from North Carolina. Reports of the cryptid were most common in the 1960s and 70s.

The United States National Park Service claims the skunk ape is nothing more than a myth, but sightings persist. In 2000, an anonymous woman snapped two photos of an ape and mailed them to the Sarasota County Sheriff’s Department. She thought it was an escaped orangutan, though cryptozoologists believe it was a skunk ape. Several skunk ape videos and photos have surfaced in the 13 years since, with the most recent being a grainy video shot in Sarasota County’s Myakka River State Park on March 2nd, 2013 (below).

On October 25, 1924, residents of Margate, South Africa saw two killer whales battling it out with an unknown beast. One witness said the creature looked like a giant polar bear, while others claimed it had white fur and an elephant-like trunk (thus inspiring the nickname trunko). According to eyewitness reports, trunko gave the killer whales a good fight and could even leap 20 or more feet into the air. However, the unidentified animal eventually succumbed to the attack, and its corpse washed ashore 10 days later.

For decades, researchers assumed witnesses had never photographed trunko’s remains. However, cryptozoologist Markus Hemmler discovered a photo of the beast in 2010, and three more photos eventually turned up. After reviewing the images, renowned cryptozoologist Karl Shuker determined trunko was nothing more than the badly-decayed carcass of a known whale and that connective tissue fibers had given the illusion of fur. As for the “fight” witnesses reported, Shuker claimed the killer whales had likely tossed the carcass in the air and that witnesses misinterpreted what they saw. 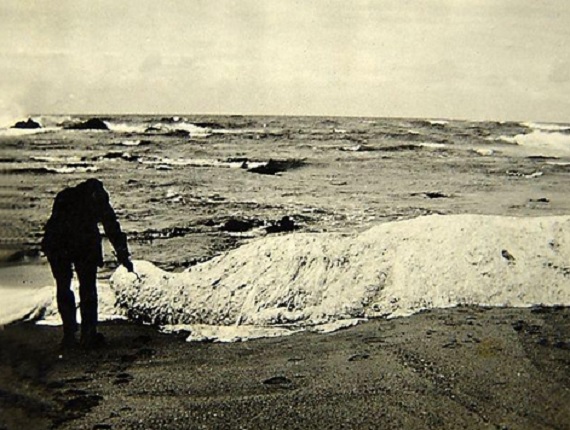 The idea of unknown creatures living deep within the ocean is nothing new, but could undiscovered species also live miles above the Earth?

The hypothetical atmospheric beast is a balloon-like, wingless creature that uses lighter-than-air-gases to move about the atmosphere. Such creatures could presumably live above other planets as well. Carl Sagan suggested such creatures might live in Jupiter’s atmosphere, while several science-fiction authors have envisioned beasts from above. However, there have also been eyewitness accounts. 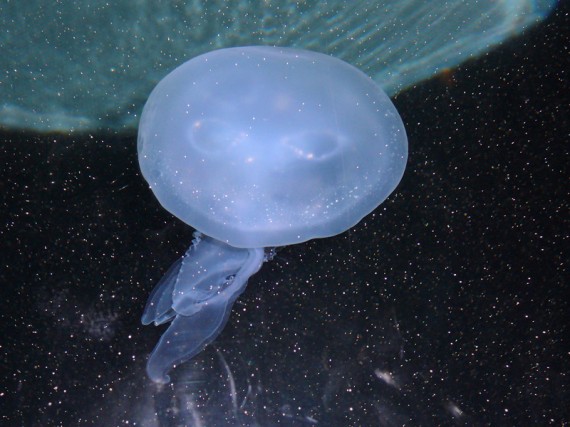 Reports describe odd, sea-like creatures moving about the sky, creatures resembling octopus, jellyfish, and serpents. In 1961, scientific journalist Bruno Ghibaud snapped a photo of a bizarre “flying machine” soaring above the ocean. The “machine” resembles a Manta ray. Photographer Michael White captured something resembling a flying dolphin or whale over New Zealand. In 1999, a dentist in Italy photographed an object with tentacles zooming high above the Earth. The dentist and other witnesses said the object made no noise and moved faster than any conventional aircraft they’d heard of.

Photos of sky serpents, rods, and skyfish could also fall under the atmospheric beast banner. In fact, some cryptozoologists wonder if UFO sightings might actually be sightings of undiscovered creatures from above, rather than alien spacecraft. 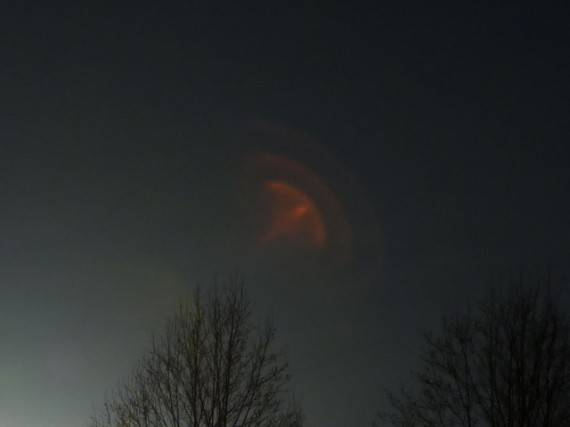 Which of the creatures listed above do you find most plausible?