A Man-Monster on the Loose

Between the nights of December 26 and 29, 1980, multiple, extraordinary events of the UFO kind occurred within Rendlesham Forest, Suffolk, England. They were events that involved military personnel from the nearby Royal Air Force stations of Bentwaters and Woodbridge. Since that now long gone period, countless U.S. Air Force personnel, who were stationed in the area at the time, have spoken out regarding their knowledge of a small, triangular-shaped object that was seen maneuvering in the forest.

Others described seeing in the dark woods almost ghostly, extraterrestrial-type beings of short size and with eerie, feline-like eyes. Strange and unknown lights were seen dancing around the night skies, circling both the forest and the twin military facilities. There were stories that the amazing movements of the UFOs were caught on radar. And there was even hushed talk of those military personnel involved in the incident being silenced by ominous Men in Black-style characters. 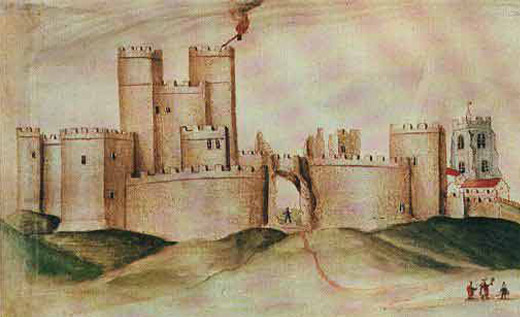 As for the official story, many attempts have been made to suggest that the beam from a local lighthouse - situated at nearby Orford Ness - was the cause of all the fuss of the flying saucer variety! And here's where we come to something decidedly strange and intriguing. It has nothing to do with the lighthouse per se, but everything to do with the 12th century town of Orford itself. Wondering what I mean by that? Well, read on...

It is truly ironic that many of those who are skeptical of the Rendlesham Forest UFO case of December 1980 are so very often keen to suggest that the airmen who were involved merely mistook the illumination from the nearby Orford Lighthouse for something more exotic. Why? Well, Orford itself is a veritable hotbed of weirdness. And that has not just been the case for  the last few years, or even since the events at Rendlesham occurred. Rather, Orford has been what the late John Keel would have termed a "window area" for no less than centuries.

Consider - as just one example of what actually amounts to far more than a few - the following account of the single-named Ralph, a monk and an abbot of Coggeshall, Essex, England. Recorded way back in the year 1200 in Chronicon Anglicanum, the story describes the remarkable capture in the area of nothing less than a definitive wild man of the woods-style creature:

"In the time of King Henry II, when Bartholomew de Glanville was in charge of the castle at Orford, it happened that some fishermen fishing in the sea there caught in their nets a Wildman. He was naked and was like a man in all his members, covered with hair and with a long shaggy beard. He eagerly ate whatever was brought to him, but if it was raw he pressed it between his hands until all the juice was expelled." 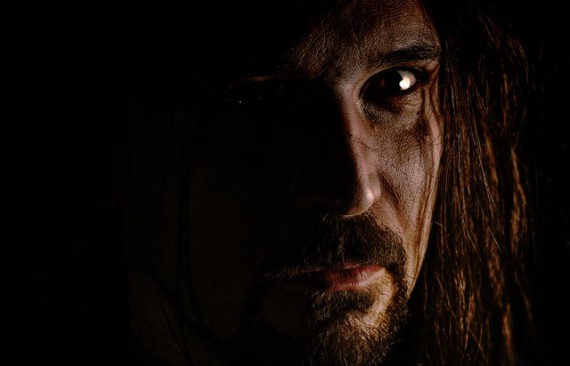 "He would not talk, even when tortured and hung up by his feet, Brought into church, he showed no sign of reverence or belief. He sought his bed at sunset and always remained there until sunrise. He was allowed to go into the sea, strongly guarded with three lines of nets, but he dived under the nets and came up again and again. Eventually he came back of his own free will. But later on he escaped and was never seen again."

Or, maybe the beast-man – or, far more likely, given the large passage of time, one of its offspring - was seen again, albeit hundreds of years further down the line. At some point during the summer of 1968, one Morris Allen - who grew up in the vicinity of Orford - was walking along the coast near, of all places, the town of Orford itself when, in the distance, he saw someone squatting on the sand and leaning over something.

As he got closer, Morris said, he could see that the man was dressed in what looked like an animal skin and was savagely tearing into the flesh of a dead rabbit. The man was dirt-encrusted, with long, tangled hair and had wild, staring eyes. Morris could only watch with a mixture of fascination and horror.

Suddenly the man held his head aloft and quickly looked - or, perhaps, glared would be a far better description - in Morris’ direction, as if he had picked up his scent. The wild man quickly scooped up the rabbit, bounded off into the grass and was forever lost from sight. For a highly traumatized Morris Allen, however, it was an event destined never to be forgotten.

Perhaps, the wild man of Orford, and its surrounding areas, continues to live on, taunting and tantalizing people with the occasional sighting of its bestial form. And, it can now be said with a high degree of accuracy, in the "weird stakes" there is far more to Orford than just its infamous lighthouse!

The Case of The Haunted Library, or Dial ‘M’ For Marketing?