A Visit to the Ax Murder House

Villisca, Iowa, rests just off U.S. Highway 71, a quiet little town that in 1912 was the site of seven brutal murders. The Moore family, and two of their children’s friends staying the night, were bludgeoned by someone swinging an ax; someone who’d paced the attic smoking cigarettes, waiting for the family to come home from a June church picnic and go to sleep. The murders have never been solved.

Since then, many people have lived in the house, or at least tried to. One husband even elected to live in the shed behind the house because he couldn’t live with all the ghosts. No one lives there anymore, but it’s open nearly every day of the year for the curious.

That’s why I took a class of college journalists on a field trip there; you know, for the fun. 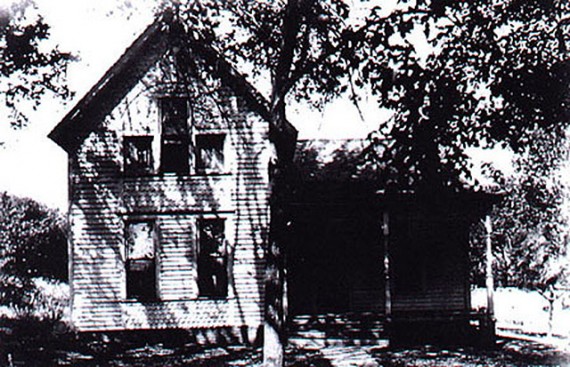 Let me back up. The media in the United States is a frustrating mess of political bias, and shoddy reporting. I’m a journalist; I can say that. When it comes to the paranormal, reporters use the term “little green men” in stories of UFO sightings, “Ghost Busters” quotes in reports of ghost sightings, and references to “Harry and the Hendersons” with Bigfoot stories. I proposed the class Paranormal Journalism to my university as an effort to teach young journalists to report on the paranormal as seriously as they would any other story. The university said OK. The field trip was just a bonus.

I told my students two things before the trip: 1) don’t try to anger the ghosts, and 2) don’t believe everything you see on TV. So, of course, my student Stratton yelled challenges at the spirits the minute we walked up the creaky back steps into the house, and Logan produced a Franks Box.

I’ve long been a skeptic of the electronic devices weekend ghost hunters point into the dusty corners of old homes, getting excited when the meters go “bing.” The Ax Murder House has made me much less skeptical.

But I’ll get to that later. 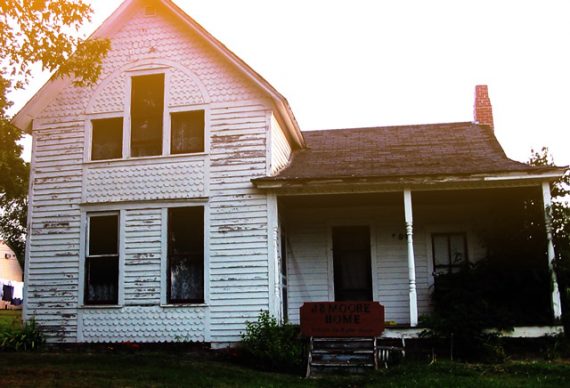 The house spread in front of us, seeming larger than it was. Maybe the oval sign that spelled “Ax Murder House” in bloody letters had something to do with that. Pie slice-shaped windows from the attic of this white building (the same room where the murderer waited with the Moore family’s own ax) stared into the coming dusk like angry eyes. A few students were a little tentative. Cool.

One student, Karra, was a little more than tentative. She seemed unnerved. Weeks before the trip, Karra related a dream about the ax murder house. In the dream she was in the second-floor children’s bedroom and a doll – a Raggedy Ann-type doll – lay on the bed. As she approached the bed, the doll turned its head and smiled. She awoke screaming. Before we arrived at the house, I assured her everything would be fine.

As tour guide Johnny Houser led us into the structure we broke into groups, one going upstairs, the other exploring downstairs. Moments later, terror-filled screams rang throughout the house from the second floor. I rushed to the stairway and met Karra pounding down the steps.

“The doll,” she screamed.

Although nothing unexpectedly moved or smiled when she’d walked into the children’s upstairs room, the wallpaper, the bed, the comforter, and the Raggedy Anne-type doll sitting on the bed were the same as in her dream. 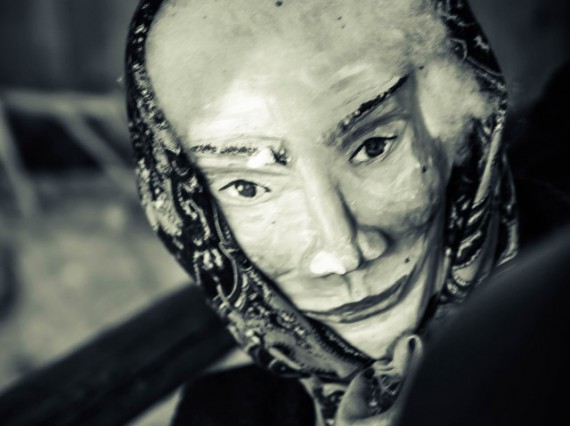 That wasn’t the only thing strange on that field trip.

Logan stepped into the pantry holding a Franks Box in front of him, asking the device random questions as a group followed him into the unnaturally cold room.

A Franks Box is a receiver that randomly tunes to spots on a radio dial with the thought that spirits may be able to communicate through this white noise, much like they do with EVPs, but in real time. Although I have doubts about any electronic device that’s supposed to detect ghosts, something happened.

Crowded in the cupboard with six people, Stratton now quiet and somewhere else in the house, Logan began to ask questions.

“Is there someone here with us?”

This device scanned radio frequencies. I discounted that “yes” as naturally random.

Odd, but still accounted for.

“Is someone making you angry?”

Although still within the realm of normalcy, this conversation was starting to pique my interest.

“Are they here in this room?” 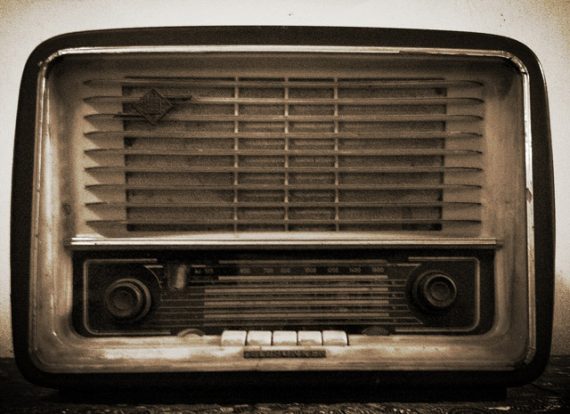 Stratton? A device randomly scanning radio signals came up with the name of the only person on the field trip who was, if I may say so, being a jerk. Bill, John, Aaron, or Dave I could have brushed off easily. But Stratton? The box answered the question, and the answer was correct.

I’ll never be convinced something like a Franks Box is legitimate, but I can’t say it’s not.

Oh, and the Villisca Ax Murder House? Creepy, and worth a visit.