Beware of the UFO Zombies

Make mention of the words “alien abduction” and most people will have at least some degree of understanding of the term. Since the early 1960s, countless individuals – all across the world – have made astonishing claims to the effect that they have been kidnapped, and experimented upon in bizarre fashion, by emotionless, dwarfish entities sporting large bald heads and huge, black, insect-like eyes. Those same, alleged alien entities have become famously known as the Grays. Their helpless and terrified victims are the abductees.

A wealth of theories exists to try and explain what may be afoot when darkness sets in and the creepy Grays surface from their dark, hidden lairs. While the skeptics and the debunkers prefer to relegate everything to the realms of nightmarish dreams, sleep disorders, hoaxing and fantasy, not everyone is quite so sure that is all which is going on.

Many UFO researchers believe that the spindly Grays are on a significant and serious evolutionary decline, and that to try and save their waning species, they secretly harvest DNA, blood, cells, eggs, sperm, and much more from the Human Race. The sheer nerve of it all! They then use all of this acquired material in sophisticated gene-splicing-style programs to boost their waning bodies and repair their weakened immune systems. 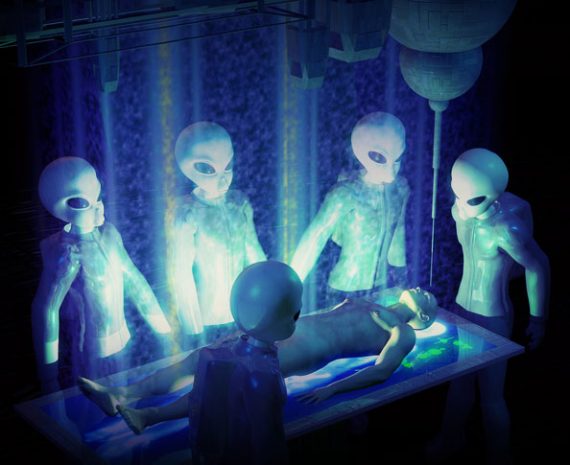 There is, however, a much darker theory than that. It's a theory that's downright menacing.

Many so-called alien abductees – usually when placed in hypnotic states and regressed to the time of the presumed other world experience – describe the Grays implanting into their bodies, or under the surface of their skin, small, metallic devices. We are talking here about what have become infamously known as alien implants. If such an astonishing and controversial claim has even a nugget of truth to it, then what might be the purpose of these sinister actions? The answer to that question is not necessarily a positive one.

Some flying saucer sleuths have suggested that the devices allow the aliens to secretly track the movements of the abductees throughout their entire lives – thus permitting their extraterrestrial captors to find them, and extract even more and more cells and DNA, no matter where the people live or to where they might move.

There is a mind-blowing variant on this controversial theory. It is one that suggests the implants are put in place to control the minds of the abductees. And here is where things become decidedly sinister and zombie-like. 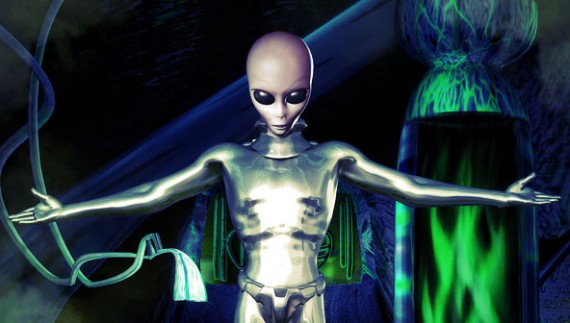 Imagine, if you will, millions of people, all across the planet, and all implanted with highly sophisticated devices fashioned on another world, on every different to ours. Imagine, too, that the day finally comes when E.T. – a definitively hostile and deceptive creature very far removed from Steven Spielberg’s highly annoying and sickly-sweet E.T. – decides to take over the planet.

But, the aliens don’t choose to do so via a massive show of force, or by pummeling our cities and landscapes with terrible, futuristic weaponry in Independence Day-style. No; instead, they get the abductees to do their dirty work for them. Talk about taking the easy way out.

One day, those researchers who adhere to this particular theory believe, all of those millions of currently dormant implants will be “switched on.” For all intents and purposes, each and every one of the abductees will then suddenly become a mind-controlled slave to the alien hordes.

In this scenario, we will wake one morning to frightful scenes of utter carnage on the streets, as the zombified abductees follow their pre-programmed assignments in violent and crazed fashion. But, it won’t be occurring just here or there. It will be everywhere. It will be on your very doorstep. It will be on the doorsteps of all of us.

The world will be plunged into utter chaos as the implanted – rather than the infected – do their utmost to wipe out the rest of us for their extraterrestrial masters. And, when the war is finally over and humankind has been decimated, the aliens will take over a planet that will be largely free of us, but in a fashion that leaves the Earth utterly intact.

In view of the above, should you, one day, encounter groups of alien abductees roaming the cities, it might be wise to follow that one word which so often gets shouted, in fear-filled tones, in just about every zombie movie, at some point or another: “Run!” 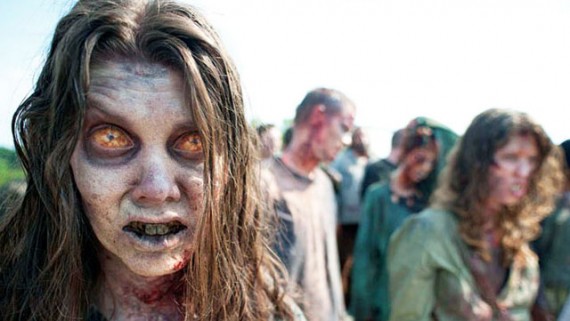 Of course, the above is merely a scenario, one of undeniably many when it comes to the matter of what is really afoot in the world of alien abductions and those pesky implants. Nevertheless, it doesn't hurt to err on the side of caution and be prepared for the absolute worst. After all, it's far better to be Rick Grimes than Shane Walsh - and if you watch The Walking Dead you will know exactly what I mean!

Top 10 ‘Tales From The Crypt’ Episodes – Part One