Chemtrail Theorists Might be the Least Crazy Among Conspiracy Circles

A recently published study claims the use of aluminum nanoparticles has the power to dampen the harmful environmental effects of mono-nitrogen oxides and carbon monoxide released by burnt liquid fuels. For conspiracy theorists, a study like this is just another contaminated drop of jet fuel sprayed onto an already controversial fire, and for the rest of us, it poses yet another potential health risk we could be exposed to by our governments.

The study, currently under review for publication in the International Journal of Materials, Mechanics and Manufacturing, an Asia-centric academic journal, claims nanoparticles have the ability to change evaporation behaviors in liquid-fueled combustion engine emissions, like those that create the contrails left behind aircraft. Specifically, the researchers behind the study say the addition of aluminum nanoparticles reduces the amount of carbon monoxide and mono-nitrogen oxides in the emissions, essentially cleaning it up for safer dispersion in the environment.

Adding chemicals and metals to the fuel systems of jets is already the basis of controversy and governmental dodginess due to chemtrail conspiracy theorists. Chemtrails, or contrails laced with chemical content, are believed to be a tool used for weather manipulation, or possibly national defense purposes.

It’s easy to understand why the chemtrail theory has legions of supporters.

Numerous US Patents have been granted for devices designed to infuse chemicals into the contrails of aircraft, and the practice of cloud seeding to alter weather conditions has been going on for decades. The US used cloud seeding to extend the monsoon season during its war with Vietnam from 1967 through 1971, when Operation Popeye, as it was called, was exposed in the media. The revelation led to several anti-environmental warfare resolutions to be passed by the US House and Senate between 1971 and 1975. Operation Popeye was halted after it became known to the public.

An international treaty, the Environmental Modification Convention,  outlawing the use of weather manipulation for the purposes of warfare was ratified in 1978.

Studies of weather manipulation methods have continued, as the lengthy history of patents indicate, steadily in the decades since. Now there is some hope the negative effects of global warming might be correctable through modern manipulation methods. There are also those who condemn the practice claiming the negative effects far outweigh the positive ones, and much more research is needed before any such actions are taken.

When it comes to using aluminum nanoparticles to negate carbon monoxide and other damaging emissions from jets, there is concern over their effect on humans and the environment as a whole.

Aluminum nanoparticles are already alleged to be included in the streaks of contrails that remain in the sky sometimes for hours after an aircraft has flown past. Last year, retired neurosurgeon Russell Blaylock claimed aluminum nanoparticles can cause brain damage, breathing difficulties and other illnesses. Blaylock is not one to shy away from controversial topics and going against the popular opinion in the medical community. For example, he is a vocal opponent of vaccinations, claiming they cause more harm than good, which is a topic that draws ire from both the medical community and the public. 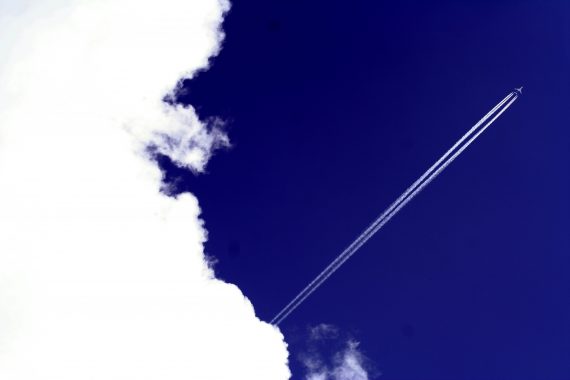 So what does this all mean?

Well, that remains to be seen, but when one pieces the puzzle of information together, they do seem to create a snapshot of everything chemtrail theorists have been touting for years, and the minimal information contained in this article barely scratches the surface of the issue. For example, I’m not even going to mention HAARP, with the exception of this sentence saying I’m not even mentioning it. Now moving on...

In some scientific circles, they have opted to refer to chemtrails as persistent contrails because they believe the issue is important, but tainted by the high-profile publicity created by chemtrail theorists. While they might call it a different name, the facts still remain the same. There is a concerted effort to master the manipulation of weather and using aircraft seems to be the preferred method for doing it. 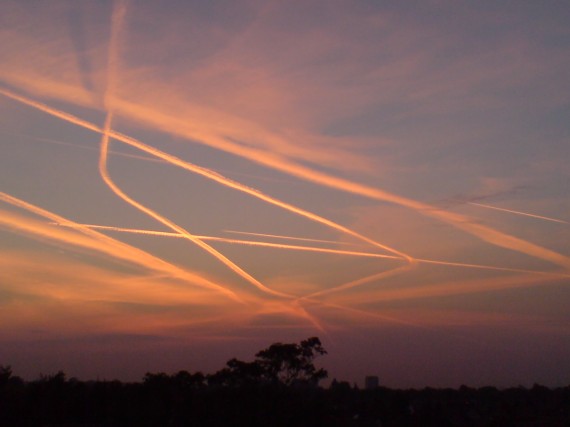 So when we notice trails of alleged crystallized condensation that hang in the air for oddly long periods of time, and sometimes in patterns that blanket the sky, concluding that it was distributed with purpose and possibly contains chemical additives isn’t that outlandish.

The big question becomes, what is the purpose of the practice really?  With the US government, and others, denying outright the inclusion of chemical additives to the contrails, when there is a clear history both in practice and at the US Patent Office, one has no recourse but to continue monitoring it and asking questions.

When Google Scholar searches for chemtrails return primarily research from international scientists, and research by private organizations, but noticeably not from US universities who rely in federal funding for most research projects, makes one wonder just what is being hidden from the public’s inquisitive eye. It’s hard to believe not one US university has proposed a study on chemtrails, and requested federal funding to pursue it scientifically, when the topic is so controversial and high-profile.

When public health is potentially at stake, and the preservation of the environment is at question, a more open book policy in the US, and elsewhere, should be demanded. As it stands, that demand is coming almost exclusively from the so-called chemtrail conspiracy theorists.

Isn’t it time the rest of us begin demanding clear, honest answers?