This past weekend, I spoke at the Minneapolis-based Paradigm Symposium, on the subject of my new book, For Nobody's Eyes Only. Also lecturing were Micah Hanks (on his latest title, The Ghost Rockets), David Weatherly (on his forthcoming book on the phenomenon of Tulpas - which, David was telling me, should be published around the end of the year), John Ward and Scott Roberts (who have a new release, The Exodus Reality), and numerous others, including Chris O'Brien.

For me, Chris' presentation was the most significant of the 4-day event, and I'll tell you why. But first, a bit of background. If you aren't familiar with Chris' work, then you really should be. He's the author of a number of excellent books of a definitively Fortean nature , including Enter the Valley, The Mysterious Valley, Stalking the Tricksters, and Secrets of the Mysterious Valley. But, it's the details of Chris' forthcoming book that we're focusing on right here, and which was also the subject of Chris' lecture at the Paradigm Symposium.

There can be very few people that are interested in the many and varied mysteries of our world who aren't aware of the phenomenon of "cattle mutilations," as well as the wider phenomenon of animal-mutes. Typically, cattle are found with organs removed from their bodies, with precise cuts to the skin that strongly suggest the presence and use of very sharp instruments, and with their eyeballs, ears and tongues utterly gone.

But who is responsible? The skeptics claim it's all the work of wild animals, such as wolves, coyotes, and even birds. Of course, some cases of animal mutilation are indeed due to misidentification. But, mistaken identity is only a small part of the overall puzzle. 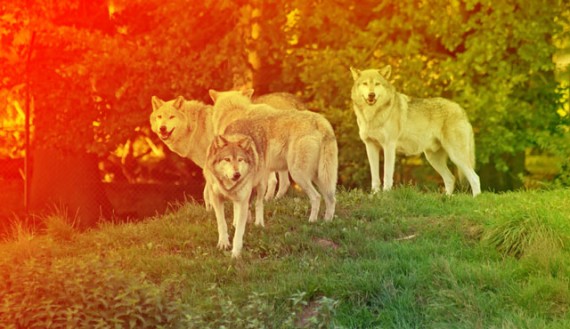 Moving on, there's the "satanic cult" theory, which may have some occasional relevancy to the puzzle - and particularly so in the UK, where more than a few such cases have been reported over the past few years. And, of course, there's the angle of the mutilations being the work of nefarious extraterrestrials engaged in sinister and diabolical experimentation of the genetic kind. Certainly, within the field of UFO research, the alien theory is one that is widely championed - and has been for decades. 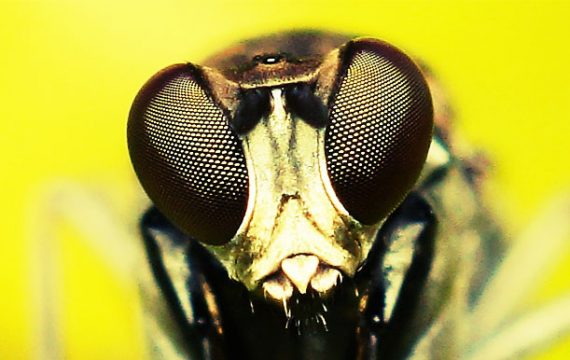 But, despite the fact that many believe the UFO theory to have merit (and who, deep down, probably want it to be the answer), there is another possibility. In fact, personally, I'd call it a downright probability. And here's where we come to Chris O'Brien's new book, Stalking the Herd: Unraveling the Cattle Mutilation Mystery - which will published towards the end of this year.

If you think the idea of extraterrestrials mutilating cattle is disturbing, then Stalking the Herd may give you absolute nightmares - but for a different reason. In fact, for a very different reason. Although certainly not ignoring the UFO angle, Chris' lecture chiefly took the audience in an extremely different direction to that dominated by E.T. It was a direction that led to a domain filled with such issues as so-called "Mad Cow Disease," its human equivalent of Creutzfeldt-Jacob Disease, the disturbing and massive increase in Alzheimer's (or presumed Alzheimer's) in the United States in the last couple of decades, and deadly viruses.

In other words, Chris' new book is one that suggests the real mutilators are not extraterrestrials or devotees of the Devil. Rather, they are definitively human in nature. The actions of the mutilators seem to suggest that, somewhere - probably deeply buried within the official infrastructure - there is a clandestine project whose staff are deeply worried that America is becoming more and more infected with CJD, with Variant CJD, and/or with something even worse - such as a mutated form of the original strain.

Might that explain why there has been an enormous rise in what is assumed to be dementia-driven conditions all across the United States? Yes, it may well. Such a theory may also explain the presence of black, unmarked helicopters in the vicinity of the mutilations. After all, what's more likely: (a) that the crews of the infamous black helicopters are secretly observing the actions of extraterrestrial butchers; or (b) that the crews are the mutilators? I go with scenario "b." If you don't, you're likely driven by a tedious Fox Mulder-style "I want to believe" mindset. It's time to dump that and think outside the box.

It's important to note that, while a theory is simply that - a theory - Chris has undertaken a huge amount of research into this particular area, and has uncovered a great deal of highly notable data and documentation that (a) connects mutilation sites to outbreaks of disease in animals; (b) reveals evidence of secret, decades-long, and large-scale monitoring of the cattle-herd; and (c) concerns the carnage and chaos that could result (and perhaps which is now resulting) if and when something worse than CJD jumps from species to species. That's to say from cattle to us. 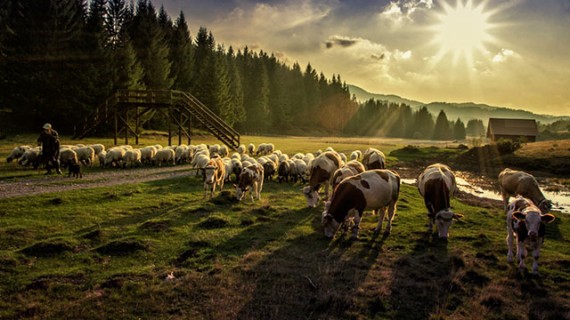 For anyone with an interest in the cattle mutilation conundrum, Chris' book is not to be missed. Arguably, it's going to be the most significant book on the subject - ever. And not just because of its contents and conclusions, but also as a result of its sheer scale and scope. As Chris told me (we shared a room at the Paradigm gig, so plenty of time was had talking about the book), Stalking the Herd will run at around 200,000 words and 500-pages.

Chris' new book is very likely to ruffle feathers not just in the domain of Ufology, but within the world of officialdom too. And maybe (and hopefully) it will wake people up to the likelihood that while the cattle mutilation puzzle is a very real one, it has nothing to do with aliens - hostile, friendly or indifferent. It's far, far worse...