From Wendigo to Zombie

There can surely be very few people who are not aware of how, in recent years, all things of a zombie-themed nature have infected whole swathes of the populace - and on a planet-wide basis, no less. Indeed, the worldwide craze for the undead is practically spreading faster than a real zombie virus could ever do! In the world of on-screen fiction, the process of turning man into flesh-eating monster usually results directly from the effects of a lethal, fast-acting pathogen.

In the late 1800s, however, a man whose terrible actions of the cannibalistic kind remain as notorious today as they did more than 130 years ago, claimed that his transformation into a deranged devourer of people was caused by something very different than a mysterious virus: a Wendigo. And what might that be, exactly? Read on... 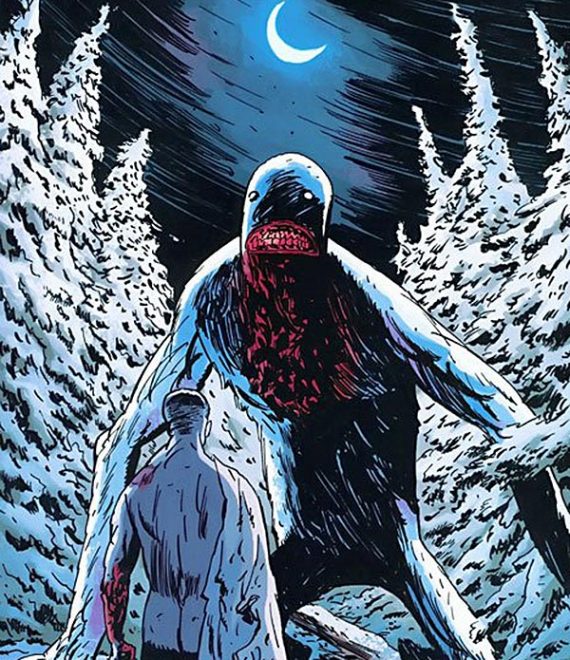 In the early part of 1879, a member of the Native American Cree group, named Swift Runner, made his way to a Catholic Mission located in St. Albert, a city situated in Alberta, Canada. He proceeded to tell a highly controversial - and most unlikely - story to the resident priests. Swift Runner claimed to be the last, surviving, and starving member of his family – which had lived, he said, in a camp in an area of woods northeast of Edmonton. His mother, brother, wife, and no less than six children had all succumbed to the cold and a lack of food.

Fearing that he too would soon be meeting with that grimmest of all reapers, Swift Runner decided to take on the harsh elements and make his way to St. Albert. There was a very big and glaring problem with Swift Runner’s story, however, which the priests could not fail to notice when they saw him. The new arrival certainly didn’t look as if he was starving to death at all. In fact, he was decidedly and downright chubby – almost as if he had been dining far more than heartily over the severe winter months. This, as it soon transpired, is exactly what had happened.

When the suspicious priests contacted local police, and Swift Runner found himself intensely grilled by the officers, the shocking and awful truth tumbled out in spectacular, horrific style. The Cree admitted that he had devoured each and every one of his family, limb by limb, morsel by morsel. And, just for good measure, he even sucked out the marrow from their bones. The police wasted no time in racing to the family home, where, sure enough, a scene of utter carnage awaited their arrival. 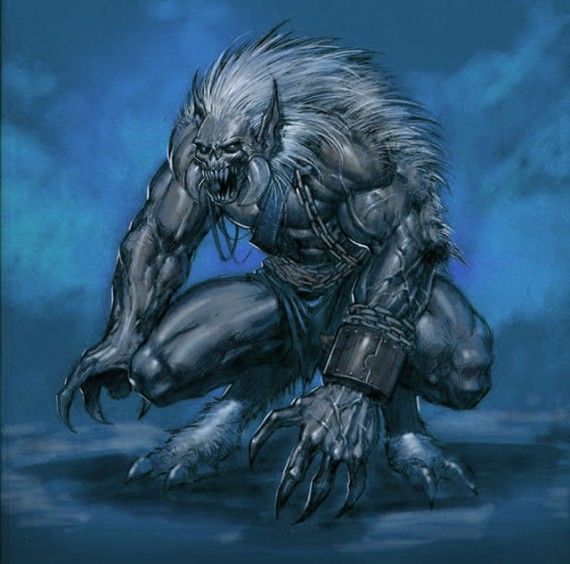 Faced with near-inevitable execution by hanging, Swift Runner came up with a unique defense for his cannibalistic and crazed actions: his mind was possessed by, and in the grip of, a deadly Wendigo, a creature that appears prominently within the mythology of the Algonqui people – the most populous and widespread of all the North American Native groups, with tribes originally numbering in the hundreds.

The Wendigo is an evil and rampaging creature into which humans have the ability to transform – particularly if they have engaged in cannibalism – or which are said to have the ability to possess human souls and minds to do their dark and diabolical bidding. Notably, in centuries-past, those who were suspected by the Algonquin of being Wendigos were decapitated after death to prevent them rising from the grave and attacking the living. Shades, of course, of The Walking Dead and the need to destroy the brain.

Given that the existence of the Wendigo was something utterly accepted by the people of both the era and the area, many were not inclined to doubt Swift Runner’s words in the slightest. That even included the priests to whom he first shared his dubious story. They told the police of how, while at the mission, Swift Runner would descend into savage states of mind that bordered upon outright, rage-filled fits.

Swift Runner’s line of defense was all to no avail, however. He was hung by the neck, in Fort Saskatchewan,  in December 1879, still insisting to the very last moment that his terrible actions were due to the malicious manipulations of a supernatural Wendigo. Although many saw Swift Runner's assertions as merely a desperate form of defense for his crimes, it must be stressed that there a few overtones to this eerie affair that parallel the world of today's shambling or surging reanimated fiends.

Just like the undead, Swift Runner’s mind was taken over – not by a mysterious virus, but by a malicious, paranormal beast. He was driven to devour the living, which is practically all that a zombie ever aspires to do. His rage-filled seizures provoke imagery very much like that of the infected Brits in 28 Days Later. And, finally there is his name: for today’s zombies of the athletic kind, there is surely no better description than Swift Runner.

A Creature of the Mind